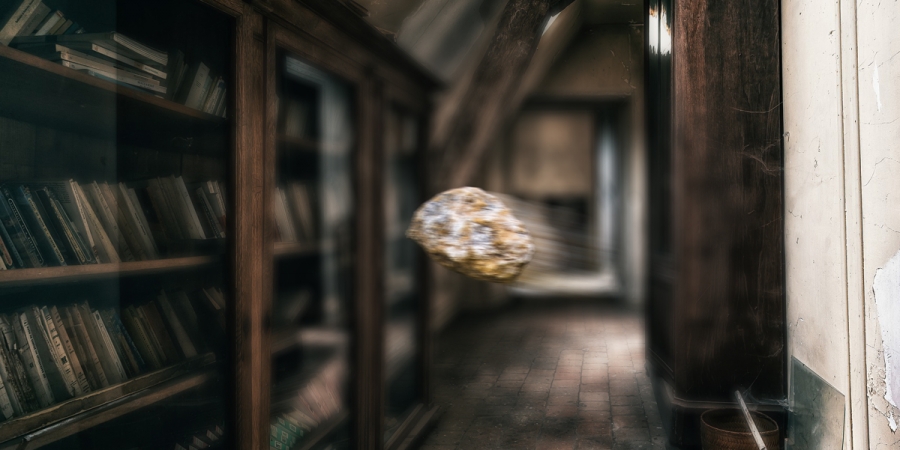 What does the word poltergeist mean? It may seem like a bit of a basic question to be addressing in the paranormal field, after all the word has been a part of ghost hunters' vocabulary for decades and was even thrust into the mainstream by Steven Spielberg's 1982 horror film, but surprisingly the meaning of the word is sometimes debated.
The term poltergeist is German in origin. It first found its way into the English vocabulary in the 1830s and literally translates as "noisy ghost". The term is formed from the German words poltern meaning "to make sound," and geist meaning "ghost".
Although "noisy ghost" is generally accepted in common vernacular, it's not quite as simple as this, geist can also mean "spirit," so "noisy spirit" would also be acceptable.
The German verb poltern does mean "to make sound", but it can also mean "to knock", "to rumble" and "to rattle". So sometimes the term is translated as "rumble ghost" or "loud spirit" or "knocking spirit".
Of course these verbs are all traits which are common in poltergeist hauntings, furniture rumbles, door handles rattle, knocks and rapping are heard. We also categorise objects being moved or thrown as poltergeist activity, this would normally result in some kind of noise and would "make sound".
Poltergeist cases make up some of the most documented haunting cases due to the fact that they are on going and repeatable by nature. Famous cases like the Enfield poltergeist, the haunting of 30 East Drive in Pontefract, the Cardiff Poltergeist and the Cheltenham ghost are some of the most well-researched cases in the history of British parapsychology.
However, there's a problem with the use of the term poltergeist and defining one. After all it's said that ghost rattle chains, intelligent human spirits knock as a method of communication, trigger objects are commonly used on ghost hunts to encourage spooks to move them. So, how exactly is a poltergeist any different from a regular ghost or spirit?
Well, the truth is we can't categorically identify any supernatural entity as being a ghost, spirit or poltergeist. In fact after hundreds of years of paranormal research, no one has ever even been able to prove for certain that any supernatural entities exist at all.
What the term poltergeist really defines is the characteristic of a haunting, no matter what the paranormal cause of the haunting is. So really we mean a specific type of case when we talk about poltergeists, not any specific type of entity or cause for that case.
A poltergeist case is really any case that is characterised by the violent movement of furniture or objects, foul smells, spontaneous outbreaks of fire, turning lights or appliances on or off, or by making screams or other loud noises. On rare occasions it's been reported that poltergeist cases can include victims feeling as if they've been pushed, hit, bitten or scratched.
Again, these are all traits that can be attributed to any paranormal investigation, once again proving that the label applies more to the activity in the haunting than its cause. Despite this fairly obvious realisation, it's still commonly stated as fact that poltergeist cases tend to be focussed around one person, most often a child or a young woman, an epileptic, or a hysterical subject.
Paranormal researchers also tell us that the activity usually begins suddenly, slowly at first and in a playful manner, but then increases in intensity, gradually becoming more and more malicious. This activity is said to abruptly end, never to be repeated. However this conflicts with the countless examples of witnesses reporting spontaneous poltergeist activity like stones being thrown, a beer glass being pushed off a bar in a pub, or unexplained knocks and bangs.
Tags:
paranormalghostspoltergeistsghost hunting