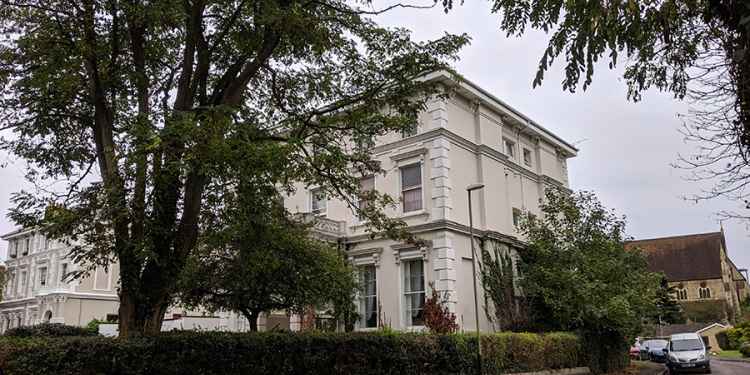 The Cheltenham Haunting was described by noted British parapsychologist, Alan Gauld, as the "most famous ghost of all" and was famously investigated by the Society for Psychical Research.
It took place in a large house called Garden Reach on Pitville Circus Road in Cheltenham between 1882 and 1886. At this time the house was a relatively new property having only been built in 1860. Despite only being 22 years old when the Despard family moved in, the house already had a dark past.
The original occupants were the Swinhoes. Henry Swinhoe died in 1876 and his wife, Imogen, died two years later and it's believed to be her ghost thAt haunts the house and its grounds in the form of a full apparition and the sound of footsteps.
One of the Despards' six daughters, Rosina, was the first to witness the apparition in the house when she was 19. The first sighting took place just three months after the family moved into the house. She described an encounter with the figure of a tall woman dressed in a black soft woollen material, holding a handkerchief to her face with her right hand. Her face was never clearly visible but she was said to be wearing a bonnet.
Rosina carried out her own amateur investigation, which the SPR noted was actually fairly scientific. She used threads tied across the stairs, these remained unbroken when the apparition passed through them. She once cornered the figure, only to find it disappeared in front of her eyes.
Rosina also tried to speak with the spirit. On one occasion the apparition acknowledged her with a gasp, and on a subsequent attempt to communicate Rosina said that the figure looked like it wanted to speak, but couldn't. Rosina also tried to photograph the figure, but as there was no electric lights in the house, it proved impossible to capture her image in the low light levels. Over the two year period Rosina saw the apparition a total of six times.
The apparition was eventually spotted by several other of the family's daughters. Freda saw the figure walk across a hallway. Wilfred Despard also saw the apparition in the drawing room through the window, she went inside to investigate but found the room to be empty. And Edith reported being passed by the apparition on the stairs one night.
The figure was also seen by a housemaid who assumed it must be an intruder and a neighbour reported seeing a woman matching the apparition's description crying in the orchard, which at the time could be seen from the road. The Despards reported a decrease in sightings from 1887, and they stopped altogether by 1889, three years before the family left the house, but sightings have continued infrequently ever since.
The property later became a school and for a time a nunnery. There are reports of an apparition in the garden of St. Anne's church in the early 1920s, this would originally have been within the grounds of Garden Reach. A similar figure was also spotted in a now demolished house across the road in 1958 and again in 1961.
In 1970 a local woman was on a driving lesson on the road outside the house, which by this time had been converted into flats. The learner driver suddenly slammed on her breaks. When her instructor questions her actions, the woman said that she's saw a tall woman wearing a long black dress step out into the road before disappearing. Poltergeist activity was also reported in the house during the 1970s.
The last recorded report of a sighting of the apparition was in 1985 when two people witnessed a woman of the same description moving along a footpath that would have once been within the grounds of the house. They were taken aback by the woman's strange out-of-time clothing.
You can read the original SPR report on the case here.