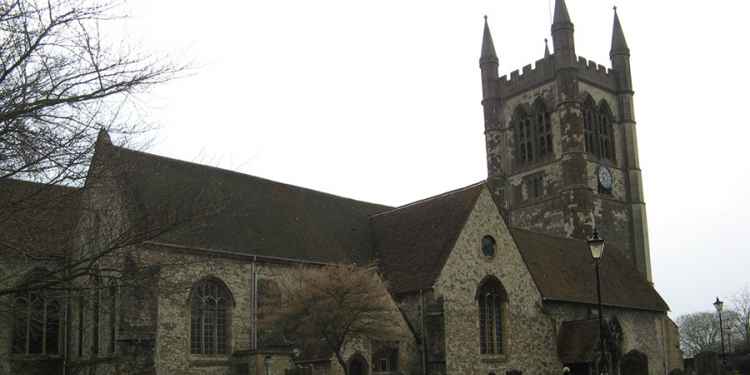 The most haunted church in the UK is a Grade I listed building in Surry, with surviving parts of the structure that date back to the Middle Ages.

The most commonly reported ghost at the church is that of an old lady who is seen walking through the main entrance on the north side of the building at exactly 6 o'clock when the church bells are ringing. So clear is her apparition, that most witnesses don't realise they've seen a ghost until they too step into the church and find she's completely vanished, as her spirit is never seen within the building.

One of the oldest claims of paranormal activity dates back to World War II, when fire guards were stationed at the church. They claim to have heard the disembodied sounds of a group of men chanting in Latin and say they saw strange lights moving in the darkness around the church from the tower.

And it's from this tower that visitors have reported seeing the ghost of a lady in white throw herself. Nobody has been able to shed any light on the identity of this White Lady who is presumed to have died as a result of the fall.

More recently, a former priest reported hearing the unexplained sound of horses at the back of the church, could this be connected to claims that Oliver Cromwell once stabled his horses at the church?

Many visitors have reported witnessing a strange semi-transparent curtain drop in between the altar and congregation during services, this was followed by strange lights and shadowy figures, which were visible behind the curtain.

One visitor even witnessed a ghostly church service while the building was empty. The vision of a pre-reformation mass took place at the altar and lasted for several minutes, complete with Latin chanting, swinging thuribles and the scent of incense smoke. The vision came to a sudden end when the rector and church warden arrived.