The Haunted History Of Champness Hall 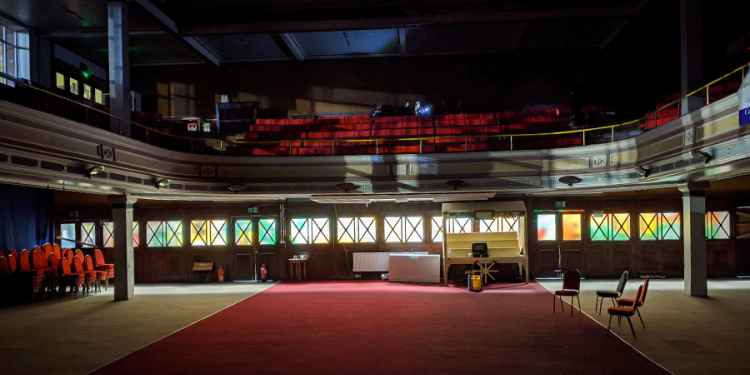 Champness Hall is one of the biggest buildings in Rochdale, but today it's in a state of disrepair, making it an eerie location and one which is said to be haunted. The hall is named after the Methodist minister who funded the building, Thomas Champness.

The building is deceivingly large with a maze of back rooms, corridors and multiple stairwells surrounding a large art deco style auditorium at the heart of the building. With the lights off, it's especially easy to become lost and disorientated.
Champness Hall now houses a community project giving various charities a place to work from. Those working in the building have reported seeing a dark shadowy figure roaming the corridors, heard disembodied footsteps and voices, and have entered rooms to find furniture has moved around on its own. There's a grand piano in part of the building that's known to play itself from time to time, and despite its size and weight appears to move while the building is locked up at night.
Some think the haunting good be a result of the building's only recorded death, that of a young boy who fell from the balcony in the auditorium in 1946. Ever since people claim to have seen his spirit and even a dark figure walking between the seats on the balcony.