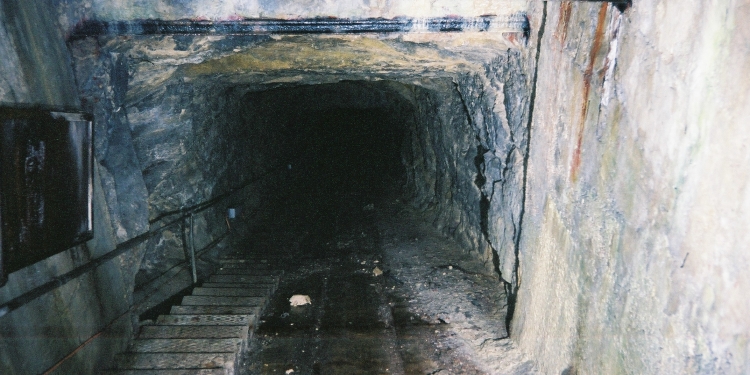 Sands is a fairly small quarry connecting to the Southern end of Spring Quarry, it is only about 13,000 square meters. Sands is used as an emergency exit. Reflective metal checkpoints guide the way from the Spring Quarry emergency exit to surface slope shaft of Sands Quarry lit only be a torch light.

This quarry has been sealed as it boarders a Ministry Of Defence quarry.

The Bath and Portland Stone company started quarrying Bath stone in 1890. Quarrying stop in 1912 and the quarry had very little use since this date. Along with the rest of the Corsham quarries, it was requisitioned by the War Department during the Second World War.
Very little conversion was carried out in the quarry by the War Department this was because it was only used as an emergency exit. Sands joins to the lower part of Spring Quarry which was at the time an underground aircraft factory. Reflected arch ways and torch points were installed leading people, in an emergency to the surface.
Tags:
undergroundwiltshirecorshamurbex