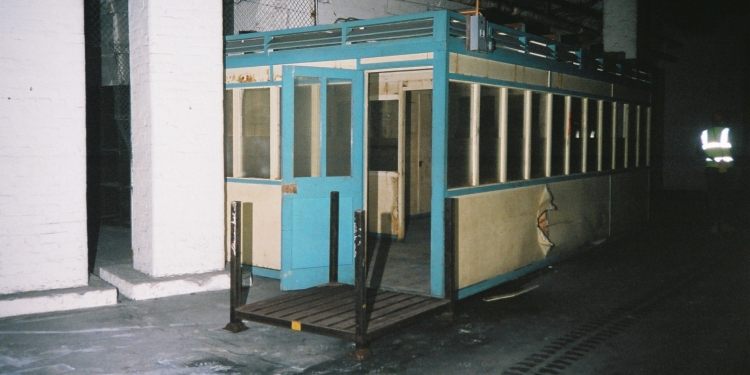 Originally an average sized Bath stone quarry, later put in to use as a Royal Navy store making use of an area of land beside the A4 owned by the Hartham Estate, it remained it operation until the mid 90s, it's now sealed and abandoned.

All access to the quarry has been blocked and a lot of the underground space has been backed filled from a neighbouring stone quarry, the surface buildings have now been demolished.

In 1939 the Royal Navy has temporary ammunitions stores at near-by Pickwick and Brocklease Quarry and electrical stores at Bethel Quarry in Bradford-on-Avon. With an urgent need for more secure underground storage the Government acquired Copenacre in 1940 for use as a Royal Naval Store Depot.
Two new lifts were installed and a new shaft was sunk to provide access to the centre of the quarry. All the shaft were heavily reinforced with large concert buildings. Copenacre was put in to use in 1942, mainly providing support for the Navy's electronic equipment with storage and test facilities.
In 1954 with changes in global warfare Copenacre was expanded as the site protected by 100 feet of rock offered much better protection from an atom bomb than anything on the surface, so the site was expanded.
By 1969 Copenacre was a self contained unit dealing with storage and testing for the whole range of electronic kit for the navy. By this time the Copenacre organisation also had storage space in Spring Quarry and Monks Park Quarry.
It was announced in 1972 that Copenacre was to be closed, however this closed a bit of a stir as at the time the Royal Navy depot was the largest employer in North Wiltshire employing 1700 staff. The depot was saved.
Copenacre Quarry finally closed in 30th September 1995 and the site was sold off in 1997. All the entrance to the quarry are now sealed and can be seen along side the A4.
Tags:
undergroundwiltshirecorshamurbex