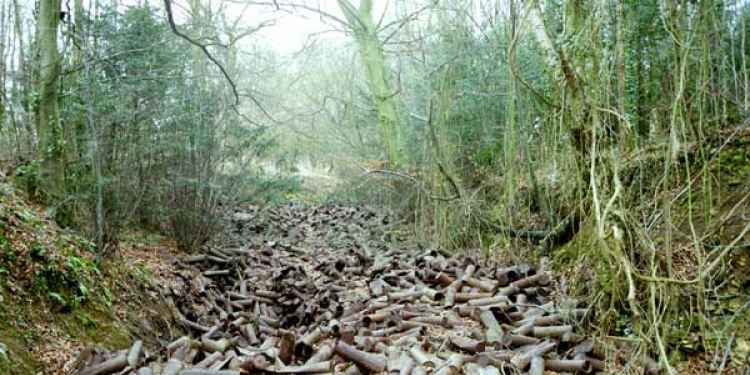 A Second World War ammo dump, the valley was originally the entrance to Browns Folly Mine which was collapsed by the War Department.

This is an open area location in a public wooded area, not far off of the footpath.

When the Monkton Farleigh ammunition depot closed in the early 60s, it was decided that thousands of tons of cordite was burnt. The site they used for the demolition pit was in the valley which originally lead to the main entrance to Browns Folly mine in the woods, the entrance was collapsed for security when the MOD moved in to the mine, it took the MOD four years to dispose of all the cordite. The valley is a quarter of a mile long and thirty feet deep and once the MOD had finished there was packed full of empty cordite canisters, some still remain today.
Tags:
urbexwiltshire