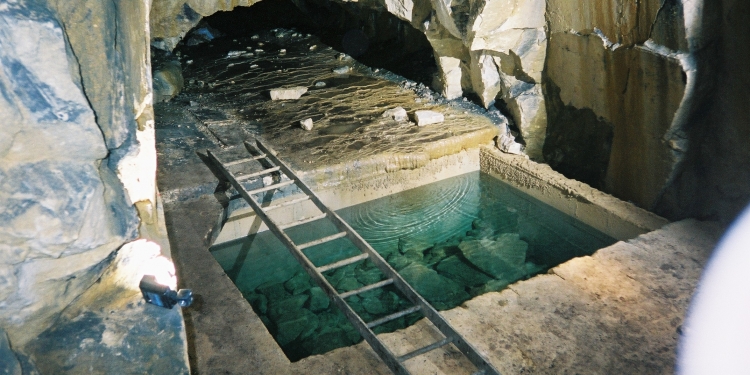 There is full access to this quarry, however it would be advised to visit with an experience guide or at the very least to ensure that you have a map of the quarry.

Browns Folly Mine is an SSSI (Special Site of Scientific Interest) because of its national importance for hibernating and roosting bats.
Brown's Folly is a tower situated near Bathford overlooking Bath. Beneath the folly in the nature reserve are the entrances to part of Brown's Folly Quarry. This stone mine is fairly big but not too complicated.
The southern section consists of several long main routes, the waste stone is stacked up along the sides of the passages. There are few roof falls in this mine, probably due to good strong pillars at regular intervals.
The main adit into the quarry was blasted by the military probably to prevent access to the Monkton Farleigh Ammunition Depot connected to Brown's Folly.
In the Southern section there exists some stables amongst other interesting features. Further into the hillside there is an area known as Clapham Junction, so called because of the rails laid in the floor. This was the junction of several routes into the different headings of the mine. The existence of rails means that this was a relatively recent and large mine.

Map Of Browns Folly Mine