We've teamed up with 'The Parapod - A Very British Ghost Hunt' to offer you the chance to spend a night ghost hunting in one of the iconic haunted locations featured in the movie. 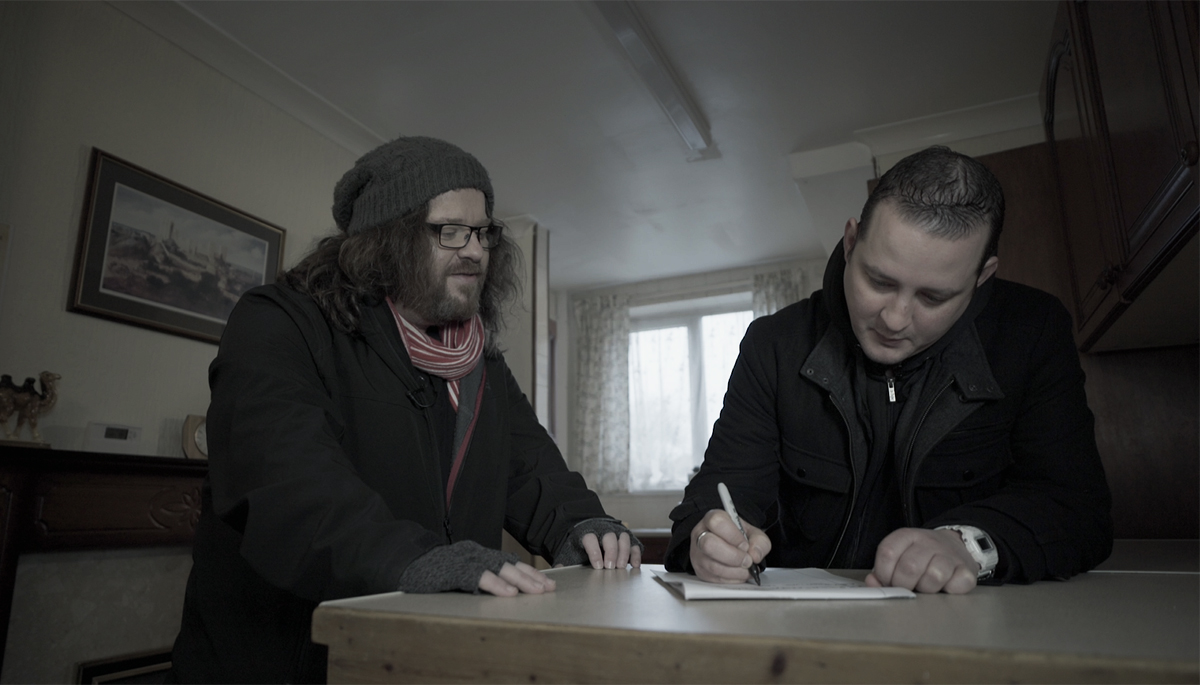 Like your Halloween scares with a bit of humour and a good old British road trip? Then 'The ParaPod - A Very British Ghost Hunt' is the must-see movie for you this October.
Streaming now on Google Play, Amazon Prime, iTunes, Sky and Rakuten, the five-star rated film sees Barry Dodds and Ian Boldsworth go head-to-head as they travel the UK looking for proof of the paranormal at some of the country's most iconic paranormal hotspots.
To celebrate the movie's release - available now in the UK and on November 9 in the US - we're giving one lucky winner the chance to follow in the footsteps of Barry and Ian and take their paranormal team on a ghost hunt at the legendary 30 East Drive.
For your chance to win answer the 20 tricky trivia questions about the movie below before November 30. The more you get right, the better your chance of winning as we'll be selecting one winner at random from the highest scoring entrants.

1. What is Barry on the hunt for in the woods of Pluckley?

2. At which location did Barry send Ian on a lone vigil while he watched via a screen in the attic?

3. Which of these haunted woodlands did Ian and Barry spend the night in?

4. Which of these allegedly haunted underground locations did the duo investigate?

5. What is the name of the ghost hunting stuffed bear that Barry used?

6. What happens to Barry's ghost hunting bear if it detects a spike in EMF?

7. Which of these was a ghost hunting gadget that Barry used in the movie?

8. After a scare, Barry needed to talk to Ian, so they meet at what type of non-haunted location?

9. At The Ancient Ram Inn, Barry is looking for something to show Ian, but what?

10. Carol, the psychic next door neighbour of 30 East Drive, told Ian that a spirit said he was "pig-headed," but what did she say the spirit's name was?

11. What item belonging to Barry did he believe was cursed in a stone circle once used for occult rituals?

13. Which of these words did NOT come through on Barry's ghost hunting device while underground?

14. What did Barry say he felt like at the sceptics' conference?

15. Which of these phrases does Barry use in the movie?

16. Barry finally takes Ian on a haunted taxi tour of Pluckley, but which of these locations in the village did they NOT visit?

17. What is the registration of Barry and Ian's hearse?

18. At which location in the movie did the phantom ass grabber strike?

19. Barry and Ian investigate 30 East Drive, but in which West Yorkshire town is it located?

20. While Ian was alone in the bedroom near the end of the film, what unexplained sound did he hear?

To enter this competition you must first answer all the questions above.

For your chance to win, submit your score by completing the form below...

This competition opens on Thursday October 7, 2021 and closes at midnight on Tuesday November 30, 2021. One winner will be selected at random from the highest scoring entries. The winner will be contacted in early December 2021.

Prize is a mid-week night for up to four people at 30 East Drive. Prize cannot be exchanged for cash or other alternatives.

Eligible entrants must answer at least one qualifying question correctly, but only the top scorers will be included in the final draw. There are no geographical restrictions, however travel and accommodation are not included. Entrants must be at least 18 years of age. Limited to one entry per person.