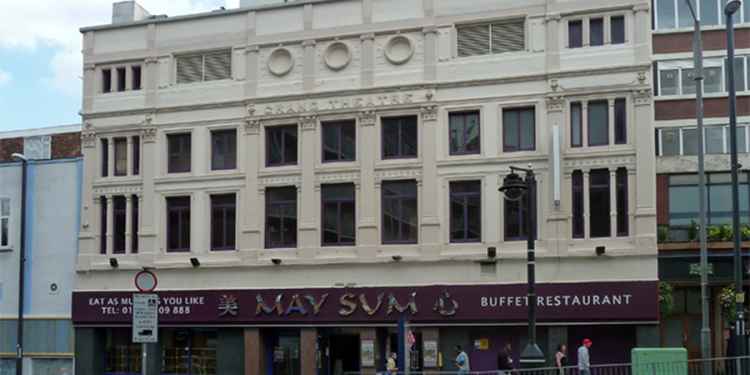 Derby's Grand Theatre has had a mixed past, having been abandoned for various periods throughout the years. It's been known as the Locarno ballroom, which was hugely popular throughout the 1960s and into the 1970s, before becoming a nightclub under different names including Tiffany's, Confettis, Ritzy, Eclipse and finally McClusky's.