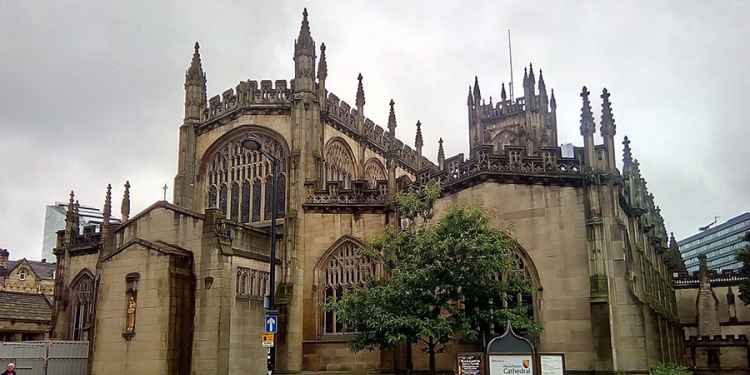 Manchester Cathedral is an impressive Grade I listed gothic structure built in 1421, complete with a large and eerie crypt. The cathedral's most famous haunting story is that of a man who went there to pray in the 19th century. While there he saw his sister, Fanny, standing in an aisle. He was surprised to see her as she didn't live in Manchester, but assuming she had come to town, he stood up to call out but she vanished in front of his eyes. The next day he received a letter from his family informing him of the sad news that his sister had died.

The grounds of the cathedral and the surrounding area are also said to be haunted by a black demon dog known as a shuck. The creature is said to have matted black fur, red eyes and huge sharp teeth. A shuck is said to be an omen of death and if you see it, you should look away.