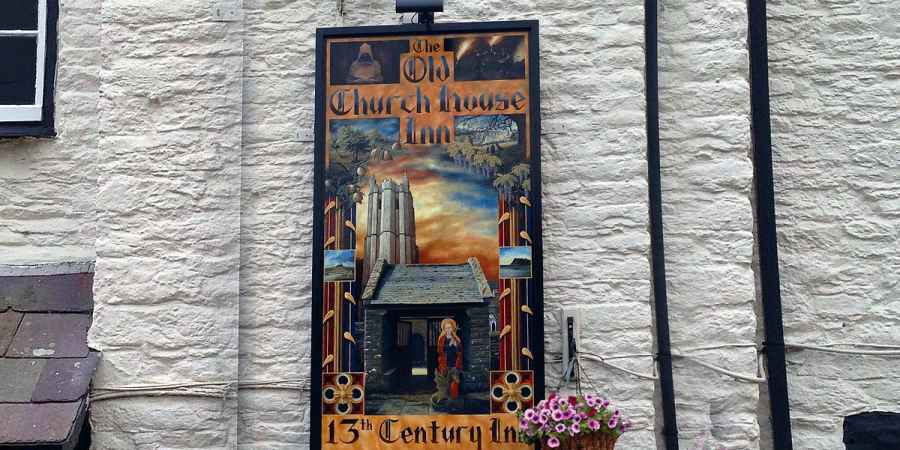 Lying five miles south of Newton Abbot is a 13th century building that in parts dates as far back as 700 AD. It is believed to have once played host to Henry VIII, and has links journalist and author Bertram Fletcher Robinson, and his former friend Arthur Conan Doyle. The inn was built by the same men that went on to build the parish church across the road, hence the name, and the two are linked underground via a secret tunnel.
There have been some strange occurrences in the main bar area, including faces appear in some wood panelling, which came from a Spanish Armada ship. Candles relight themselves, lights flicker on and off and on with cold spots. There are strange sounds of keys rattling on unseen chains, and also a dark monk-like figure has been seen here and in the lounge.
The lounge also plays host to a dark figure that's been seen descending a set of stairs which were taken out years ago and poltergeist activity is prevalent in this room, but perhaps the most unnerving thing to affect people in this room is the feeling of being constantly watched.
The bedrooms at the Old Church House Inn also have some very strange happenings. In bedroom one guests awaken in the middle of the night to see a disembodied arm pointing to the wall behind them. Five minutes later a bald-headed man walks slowly past the bed and disappears. In bedroom number two the toilet flushes in the middle of the night and there's no one there. In room four loud unexplained banging noises can be heard of echoing in the dead of night. Doors slamming room 11 and in room 12 many people have heard deep sighs and very loud footsteps.
Apparently many guests have left so frightened that they will not return. Bar staff have been chased and the owner has even been forced to hunt down a suspected burglar from his home, only to find that they disappeared into thin air.