6 Reasons Why We Need A Harry Potter TV Series 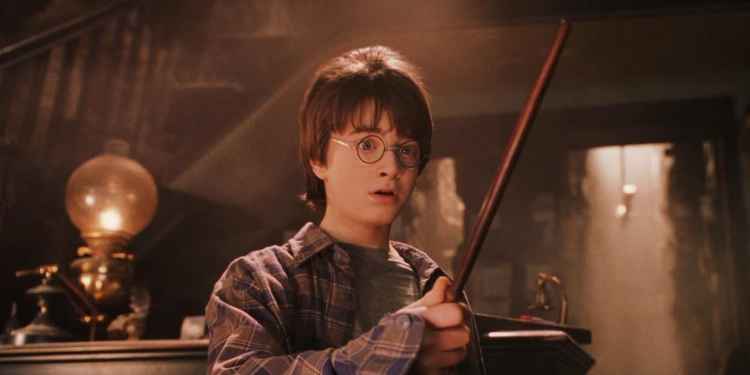 When it comes to movie adaptations of books, Warner Bros. didn't get much wrong when they made the eight Harry Potter movies, and in general fans love them. But if there's one thing we've learnt about Potterheads, it's that they can't get enough of Harry.
The seven Harry Potter books were made into eight movies, with the final book, 'Deathly Hallows', being split into two parts. But 'Deathly Hallows' is about the same length as 'Goblet Of Fire', and 'Order Of The Phoenix' has 30% more words and is the longest book in the series, so you'd have thought if any of the books were to become two movies, it would be 'Order Of The Phoenix'.
As it stands, the movies make up a whooping 19 hours and 38 minutes of magical entertainment. If 'Goblet Of Fire' and 'Order Of The Phoenix' were also split, then already we're looking at at least an extra four hours of Potter, and that's not to mention all the details which has been missed from the book.
I think the whole series of books could easily be turned into three Netflix-style seasons, each made up of ten episodes. And perhaps, given it's worldwide appeal, Netflix would be the best places for a show like this.
There are currently no plans to revive, reboot, or remake the Harry Potter movies in any format, but we can dream and, as a Harry Potter fan, here are the six reasons why I think fans need a Harry Potter television series.

1. No One Knew Where The Story Was Going 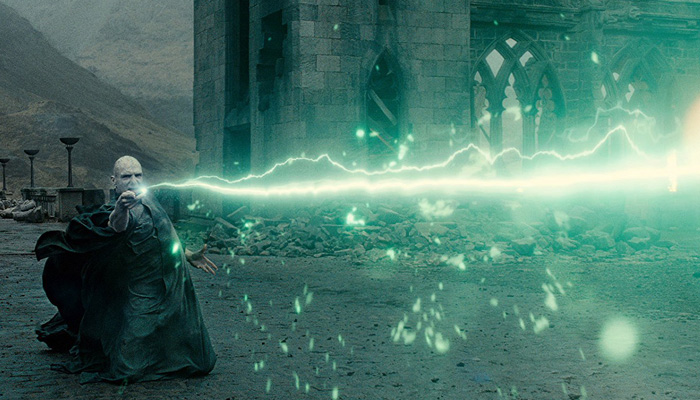 Warner Bros. bought the rights to the first four book in 2000, after the release of the fourth novel. So, at the time production of the movies started, no one really knew where the stories were going. The producers, screen writers and even J.K. Rowling didn't know for sure which elements of the story would become significant in later books and films.
It wasn't really until the sixth book, 'Half-Blood Prince' was published that the foundations for the finale were laid, it's at this point in the story that Harry start to get some clarity on his objective and the end of Voldermort is in sight. 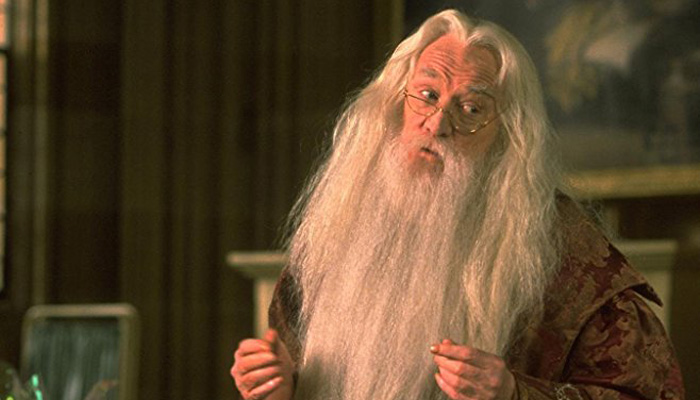 The lack of clarity mentioned in point one means that when actors were casted for the first movie, it wasn't known how important their role would be in subsequent movies, and as a result some of the roles were recast. Including Gryffindor Quidditch captain Katie Bell, the ghost of Helena Ravenclaw, and Slytherin bad girl Pansy Parkinson.
Most worryingly, Lavender Brown started off being played by the black actress, Jennifer Smith but inexplicably turned white and was portrayed by Jessie Cave when her character become more significant in later movies.
Because the movies were shot over several years some actors were unable to return, and sadly, Richard Harris the original Professor Dumbledore died in 2002 and was replaced by Michael Gambon from 'The Prisoner of Azkaban' and onwards.
Other characters who were re-cast were Griphook who was played by both Verne Troyer and Wawrick Davis, Gryffindor's "Fat Lady" as portrayed by Elizabeth Spriggs and later Dawn French, and of course Voldemort who changed as he grew in power throughout the movies. The Dark Lord was played by Richard Bremmer in 'The Philosopher's Stone' and later by Ralph Fiennes.

3. The Missing Chunks Of Story 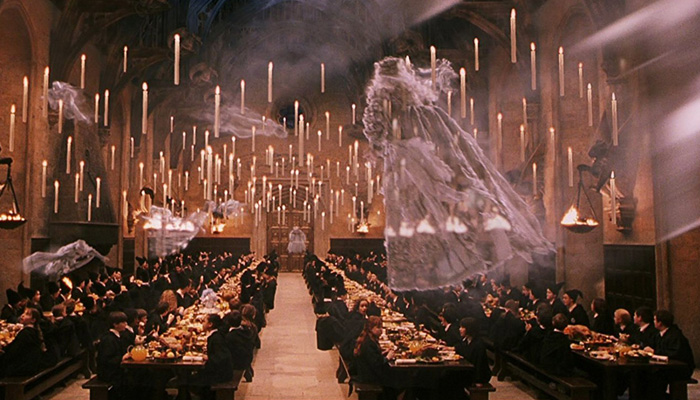 The lack of knowledge of where the story was going didn't just affect the casting, it also meant that bits of the storyline were left out of some of the earlier movies which actually became quite important later. Again, this was because no one knew where the story was going and which of the first four books' subplots would come to be important as the story developed.
One examples of this are apparition, it's how the wizarding world often travel, they apparate or vanish before appearing somewhere else. In the novel 'The Half-Blood Prince', Harry, Ron, Hermione, and the rest of the sixth year students at Hogwarts attend apparition lessons in order to learn the skill and get their license.
In the early movies Harry and co are seen running from trouble and using slightly more conventional forms of transport, then all of a sudden in the first 'Deathly Hallows' movie, they apparate in order to escape danger. For those who haven't read the books, this new skill might have been a little confusing as it seemed to have come from nowhere.
There are countless chunks of the books which never made it on to the big screen and they've been very well documented elsewhere. But here's a quick list of just a few of the missing details and subplots.
The Hogwarts ghosts play a much more important role in the book. Harry attends Sir Nicholas' birthday bash, and Peeves causes havoc throughout the school. There's also a ghost teacher, Professor Binns, who teaches the history of magic.
Rita Steeker is much more of a mystery in the book, she seems to be able to find out information by earwigging on conversations without being seen. Eventually Hermione works it out, Rita is an unregistered animagus and capable of turning into a beetle.
Cho's relationship with Harry is completely skimmed over in the movie, there is a kiss but that seems meaningless as it never goes any further, as a result of Cho and Harry's time together being cut out of the movie, all the drama with the tell-tale, Marietta Edgecombe goes unmentioned.
There's also the excitement of Gryffindor winning the Quidditch Cup, the veelas that visit Hogwarts during the Triwizard Tournament, Ron and Hermione being made made prefects, the fate of Peter Pettigrew, Firenze the centaur from the Forbidden Forest becoming the divination teacher at Hogwarts, and many many more moments. 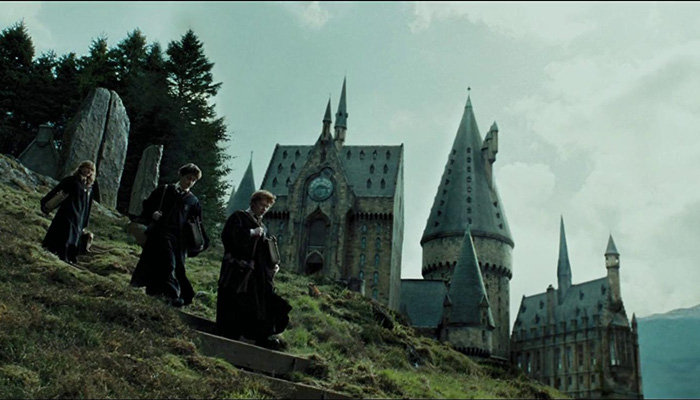 The eight movies were directed by Chris Columbus (1–2), Alfonso Cuarón (3), Mike Newell (4) and, David Yates (5–8). These changes in direction meant some changes to the look and feel of the films too. The stories got darker as they went on, so they all naturally had a different feel anyway, but where the change of directors could be noticed was in the look and layout of the Hogwarts castle. Elements and features changed between movies, new areas were added and whole rooms changed.
In 'The Prisoner Of Azkaban', the rickety wooden bridge was seen for the first time, as well as the stone circle overlooking Hagrid's hut, which was now much further from the castle. An astronomy tower was added to the castle for 'The Half Blood Prince' as it was a required setting which was needed as the scene of Dumbledore's fate. 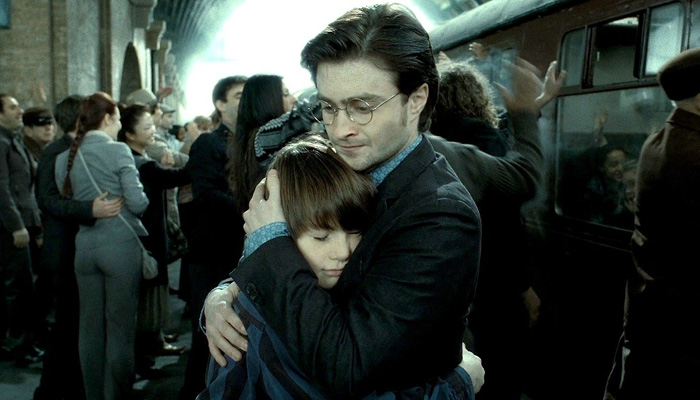 The Harry Potter novels are set over a period of six years from 1991 to 1997, but Warner Bros. spent ten years making the movies which meant the cast aged more than they should have during the course of the movies. If, for example, three seasons of a Harry Potter television show were made, they could be produced one a year over a three year period like most TV shows. This means the cast wouldn't age anywhere near as much, in fact they wouldn't age enough... but it's much easier to artificially age someone than to make them look younger.

6. Special Effects Have Moved On 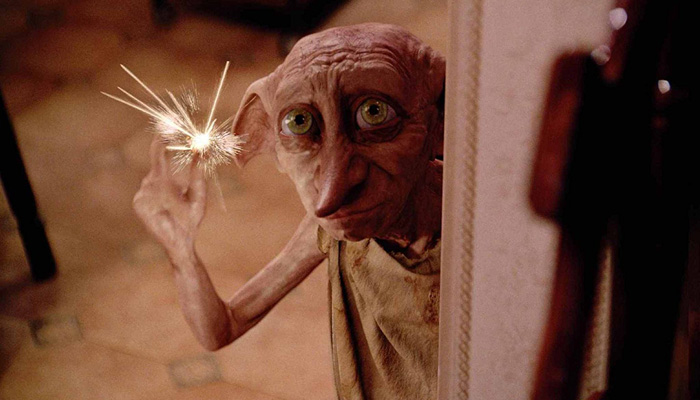 Of course we all love Harry Potter for the magic and it's the visual effects which really bring the magic to life on the big screen and if a television series did happen, the episodes could be packed full of even more special effects.
Some movies that have been rebooted in the last couple of years have had noticeable improvements to their special effects, films like 'Jurassic Park' and 'Poltergeist'. But the Harry Potter movies came to be at a time when movie effects were already well established and they haven't visually improved all that much since.
However, the type of special effects seen in movies like Harry Potter can now be produced much more easily, quickly and for a lower budget. Modern editing software means that even amateur filmmakers can producers similar effects. This means that a television series could add more effects for their budget.
This might mean we'd get to see more hose elves like Winky, or perhaps what Hagrid experienced when he went on his trip to recruit giants for Dumbledore. As well as some more of Fred and George's practical jokes like the portable swamp and puking pastilles. We might even get to see Harry and Ron de-gnoming the garden at the Burrow.
Tags:
harry pottermovies