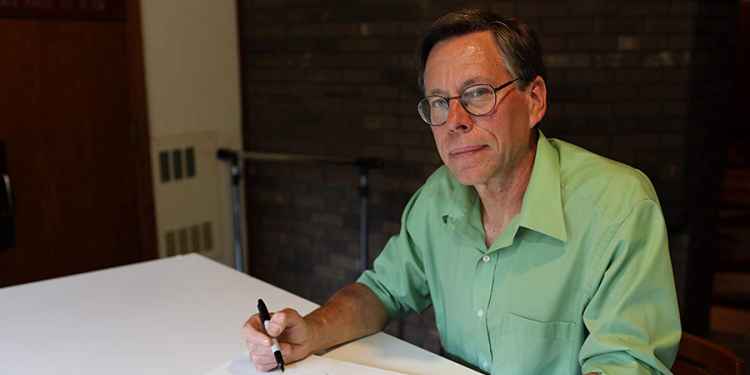 The film was released on December 4th, you can now read a full review of the documentary here.
If you've ever had any interest in UFOs, conspiracies and government coverups, then you'll almost certainly know the name Bob Lazar and you'll probably remember the 1996 documentary 'Dreamland: Area 51'. Lazar gained worldwide notoriety as the whistleblower who exposed the top secret base at Groom Lake in Nevada and claimed to have worked there as part of a select team who reverse-engineered an alien spacecraft for the US Military.
Lazar first came forward with his claims in 1989 in an interview with investigative reporter George Knapp on Las Vegas television station KLAS. He continued to make appearances in UFO documentaries throughout the 90s, but we haven't heard much from him in the last 20 years. Now he has become the subject of a new documentary film which examines Lazar's original claims and how his life changed after he went public.
The new documentary, 'Bob Lazar: Area 51 And Flying Saucers' is produced and directed by Jeremy Corbell, an investigative filmmaker who also runs the conspiracy website extraordinarybeleifs.com.
The film can be pre-ordered now and will be made available online on December 4, 2018. It promises to delve deeper in to Lazar's controversial testimony than ever before. His claims are regarded by many to be the most important UFO story of all time.
Lazar claims that he flown into Area 51 each day on a chartered plane from Las Vegas' McCarran International Airport, he was then bused to the secret underground lab that he worked in called S-4. He told Knapp that S-4 was located near Papoose Lake, south of the main Area 51 facility. Part of the base consisted of nine concealed aircraft hangars built into a mountainside.
Here he would spend his days back-engineering advanced power and gravity wave propulsions systems on recovered alien vehicles. The alleged former government physicist says that he was one of just 22 people who were cleared to work on the craft, having been granted "majestic clearance". He said that during this time he had the opportunity to look inside what he described as a flying saucer of extraterrestrial origin.
At the time Lazar first made his claims, the public had never heard of Area 51, the reason the public even knows the name is because Lazar talked about his time there. Once Lazar's claims began to make headlines worldwide, Area 51 became the US's most famous secret base. Its existence was eventually acknowledged by the CIA in 2013. 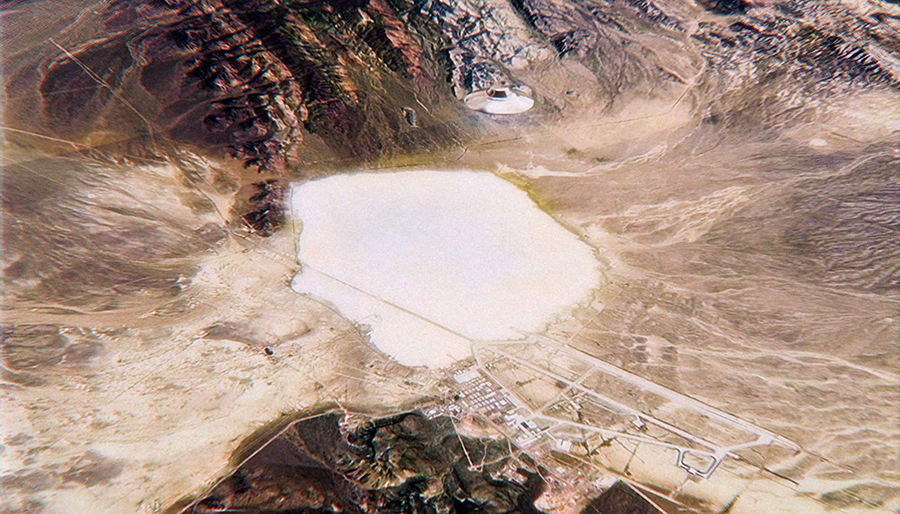 Lazar went on to claim that he was given access to secret US government reports that gave details of a race of extraterrestrial beings from a planet that orbits the binary star system Zeta Reticuli. They're known as grey aliens and Lazar says they have been visiting Earth and interfering with human affairs for move than 10,000 years.
Of course, when making extraordinary claims, not everyone is going to believe you. Many assume Lazar is lying and his stories have been met with scepticism from the majority of scientific community and claims regarding his educational background have not been able to be verified.
Lazar says he holds degrees from the Massachusetts Institute of Technology (MIT) and the California Institute of Technology (Caltech). However, these universities have no record of him, he doesn't appear in any year books and no professors or students have come forward to say they remember attending these institutions with him.
Those who follow Lazar believe that his academic achievements have been purged from the universities' records in an effort by the government to discredit his story. Many have come forward to say that this is not possible, including MIT who have confirmed that there is no way to expunge someone from their records.
Ufologist Stanton Friedman looked into Lazar's background. The only records he found showed that he attended Pierce Junior College in Los Angeles, where he took an electronics course. This was at the same time that Lazar was supposedly attending MIT, which is almost 3,000 miles away.
Friedman also uncovered that Lazar graduated high school in the bottom third of his class after taking a chemistry course. This wouldn't have afforded him the opportunity to enrol at MIT, who usually only take students from the top percentiles of a class and only those who excel in multiple sciences.
His professional achievements have also been doubted. The US government has denied ever employing him, but of course they would deny employing a whistleblower. Lazar claims that before working for the military he was employed by another secretive facility, Los Alamos National Laboratories. Lazar's name is listed in the lab's telephone directory, but it's unclear whether he is listed as an employee or just a contractor. 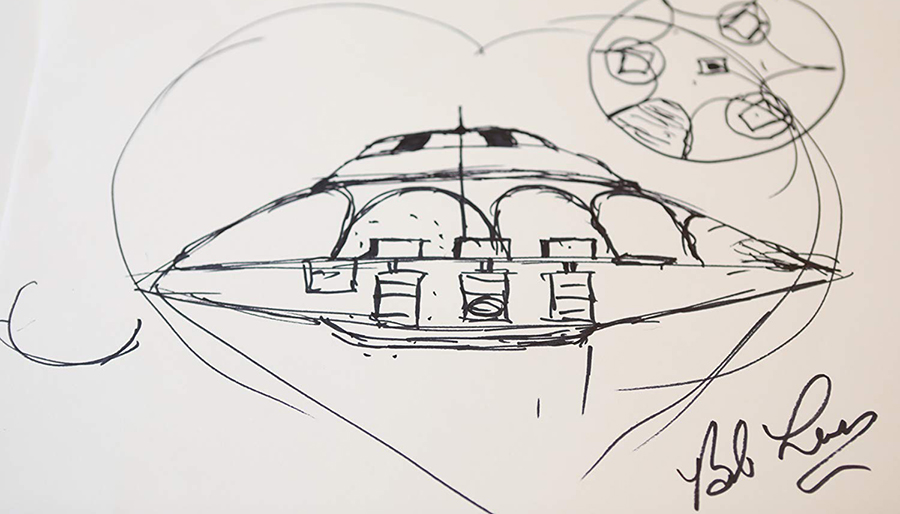 Lazar's science has also been scrutinised. He originally gave details of the flying saucer's advanced propulsion system that was fuelled by the stable atomic element 115, which he said has "unusual gravitational properties" and is used to generate gravity waves. At this time element 115 hadn't been discovered, but has since been artificially created and in 2015 was officially recognised as a new chemical element called Moscovium.
However, the element being synthesised hasn't strengthen Lazar's claims as you might expect, but has in fact weakened them further. Only about 50 atoms have ever successfully been synthesised and they've proved to be highly unstable with a half-life of 200 milliseconds before blinking out of existence. This would make it impossible to use the substance as an anti-gravity fuel, especially as Lazar claimed that the element was pressed into discs and milled into fuel cones.
It's because of all of this scrutiny that Lazar has attempted to keep himself out of the limelight for the last two decades. Until now, he has never let a journalist or filmmaker into his private life. Corbell's film explores Lazar's claims through the lens of thirty years, providing rare and never before revealed footage. Corbell promises that his film will shake the foundations of your beliefs and permanently alter the landscape of the debate.
The last feature film to revolve around Bob Lazar, the 1996 documentary 'Dreamland: Area 51', has been slated for its sensationalism. The journalist behind it, Bruce Burgess, has been criticised for his uncritical reporting, with one reviewer calling the film "an infuriating nonsense to mark the 50th anniversary of the crash at Roswell, New Mexico. The producer/director/would be intrepid presenter Bruce Burgess does absolutely nothing to question what he's being told or even point out the idiocy of some of the arguments."
But perhaps Corbell's will give us a more balanced insight into Lazar's claims. After all, the landscape has changed dramatically since Burgess' film was released. Back in 1996 the government still denied that Area 51 existed, now it is a matter of public record. It has also since been confirmed that the US Department of Defense did fund its own UFO research program.
The 97 minute feature film is narrated by Oscar nominee Mickey Rourke, who told the website Den of Geek, that he wasn't sure if he believed in UFOs. He said, "I don't know. I would like to. When I was younger I thought there was no such thing. Now that I'm older I think 'why should this be all there is?'"
The film follows Corbell's previous release 'Hunt For The Skinwalker' based on the 2005 book of the same name, which investigates the strange goings on at the infamous Skinwalker Ranch in Utah, where there have been countless reports of alleged paranormal and UFO-related activity.
You can find out more about 'Bob Lazar: Area 51 And Flying Saucers' and pre-order a digital copy at thelazarstory.com.
Add A Comment
Tags:
unexplainedufostopicalmoviesarea 51