Can Ghosts Turn On Touch-Sensitive Lamps? 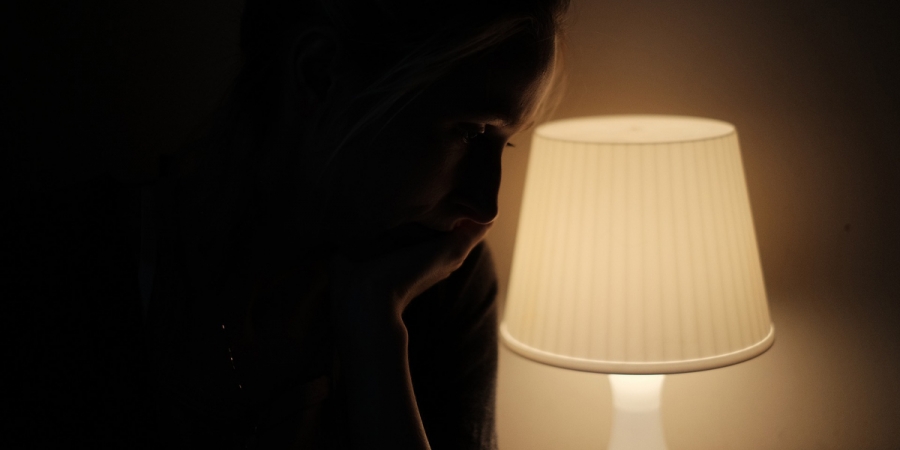 Photo: pixabay.com
Have you ever been freaked out when a lamp beside your bed has turned itself on or off for seemingly no reason? It's easy to see why people might think that this strange event caused by an unseen force is the work of a ghost.
It's a common trope in the paranormal world that mischievous spooks like to turn electrical devices on and off, but what's really going on here?
Chances are, if this has happen to you, you have a touch-sensitive lamp. These are the sort of lamps that don't have a power switch, you simply turn them on or off by touching the metal base. Does this simple method of operation make it easy for a spirit to interact?
Well, this is a pretty common happening with these sorts of lamps and it comes down to the circuitry that detects your touch being susceptible to things like tiny fluctuations in the power supply and even interference from things like mobile phones. Even a sudden change in humidity may cause a lamp to turn on.
These sort of lamps work by detecting a change in the capacitance of the metal base when you touch it. You'll find that it works with your finger, but if you use something else to touch the lamp, it might not work. It depends on whether the object is conductive, in the case of your body it's all the water inside you that makes the sensor work.
If the lamp's sensor is a bit over sensitive then it might detect a change in capacitance due to changes in the amount a moisture in the air. This means a sudden change in humidity might falsely trigger the light to operate.
Another thing that can change the capacitance of the metal base is the slightest change in current flowing into the lamp. This means that a power surge or spike can cause a lamp to turn on, or turning another electrical device on can cause the power to dip a little which confuses the lamp. In some homes and buildings, turning something on like a heater, an oven or the central heating may cause the lights to dim momentarily. Even plugging in a phone charger might be enough to cause a touch-sensitive lamp to turn on.
These sorts of lamps are also susceptible to radio frequency interference (RFI), this could be anything from a WiFi router, to a mobile phone, even a baby monitor, or a wireless doorbell. Normally the transmitting device would have to be fairly close to trip the lamp, but some people have managed to wirelessly turned their touch lamps on from across the room with various transmitting devices.
If you're familiar with the world of paranormal investigation, then all this might sound a little bit familiar to you. That's because a touch-lamp isn't that different to a common ghost hunting tool called a REM-Pod. These devices work in a very similar way to a touch lamp. They light up and beep to alert you when they detect something conductive like your finger. 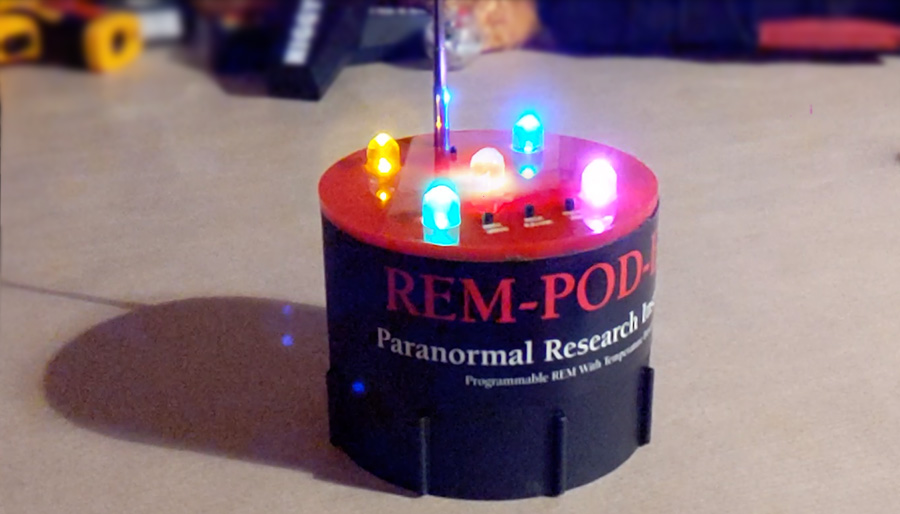 The only difference with a REM-Pod is that it radiates its own field and it can detect a change in this field if something conductive enters it. It doesn't require a direct touch like the lamp does, but the method of detection is the same.
So, by placing a touch-sensitive lamp near your bed, have you actually inadvertently placed a ghost hunting device next to your bed and open a channel of communication with the spirits? Well, yes, essentially, but the reliability of REM-Pods are themselves pretty questionable. They are prone to trigger incorrectly for all the same reasons given above - interference from transmitting devices, power spikes and even clouds of water vapour can trigger a REM-Pod.
The way paranormal researchers attempt to differentiate a false trigger on a REM-Pod with real spirit communication, is to look for intelligent responses. At this point, rather than just assuming your flashing light is supernatural, you could try some paranormal experiments with your lamp.
Before you begin, be sure to turn off any other electrical equipment that might automatically turn itself on or off, including the central heating. Turn off all transmitting devices and put your phone into flight mode. Close all windows and doors to maintain a consistent atmosphere, and allow the whole house to settle before you begin.
Once you've eliminated all the possible causes of a false trigger, you can then try to look for patterns or intelligent communication via the lamp.
Intelligent responses usually means that the device, in this case the lamp, triggers in response to questions. However, an intelligent response could also be the lamp turning on or off in some sort of significant and repeatable way, perhaps when a certain word or name is mentioned or when someone walks into the room.
The lamp turning itself on at the same time every day shouldn't be seen as significant until you can rule out the possibility that some other piece of electrical equipment on a timer isn't causing a power fluctuation that's responsible.
Begin by calling out loudly and confidently, "if there's anyone here can you turn the lamp on?" Encourage them to move towards the lamp or touch it in order to activate it and then touch again to turn it off.
If you find that this works you can then ask the spirit questions by requesting that it flashes the lamp to indicate an answer, suggest flashing twice to indicate "yes" or once for "no". You could also try asking how many people there are in the room and see if the lamp can flash out the correct number.
If that lamp is flashing a lot, this could suggest a fault rather than anything supernatural. A good way to test this is to ask the spirit to step away or stop turning the lamp on and off. If the lamp continues to behave erratically then this supports the possibility of a fault, however if the lamp stops on demand this supports a paranormal cause.
You should also experiment with plugging the lamp into different outlets, perhaps even take it to a friends house. If it flashes there too, it's much more likely that the lamp is faulty than their house is haunted too.
But what if your lamp isn't touch sensitive? What if it has a physical switch that is turning on and off on its own? Well, in this case, it's time to call an exorcist.
Tags:
paranormal