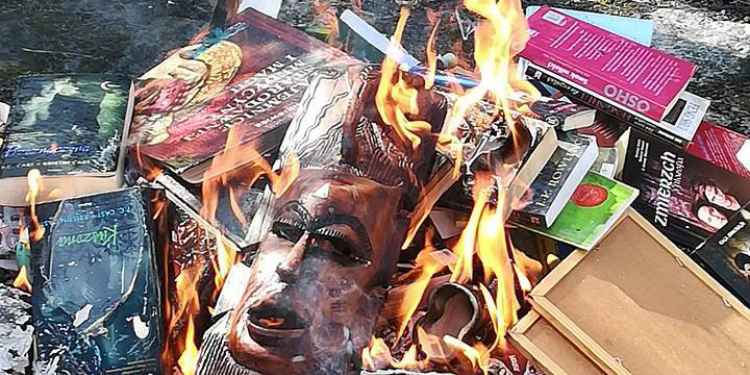 Once again proving who out of touch the Catholic church is with the modern world, priests from a Polish parish have torched a collection of books and other items that the owners of have said harbour "evil forces."
Bizarrely, amongst the supposedly demonic items that were burnt were copies of the clearly harmless best-selling children's book series, Harry Potter.
The priests behind the ridiculous act are part of an unconventional group based at the Gdansk’s Mother of Church in northern Poland. They posted photo of their ritual on their Facebook page.
All of the items that went up in flames were brought along by members of the influential church, after priests encouraged them to clear their homes of objects that were a bad influence or were connected to magic and the occult.
J.K. Rowling's children's books made it into the fire because the church say they promote sorcery. Also seen consumed in fire in photos was a Buddhist figure, elephant figurines, an African wooden mask, and a selection of other books by celebrities and magicians.
The burning has been condemned by Facebook users who liken the church's activity to that of events in Nazi Germany before the Second World War, when book burning was common place.
Tags:
religion