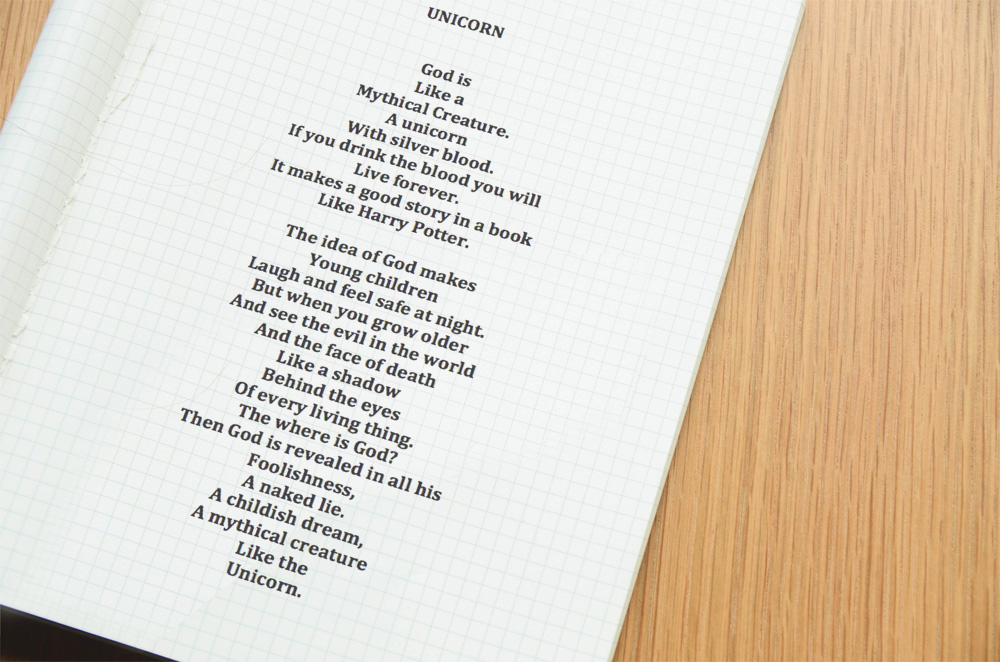 Photo: pixabay.com
If you've ever wondered if God is a mythical creature like a mermaid, unicorn or the honey monster, then your question has finally been answered by a US school in Georgia. A poem given to pupils during a Greek mythology lesson also confirmed that God has silver blood which has magical properties.
Cedartown Middle School handed out a poem entitled 'Unicorn' to students which described God as a "mythical creature like a unicorn."
The poem read, "God is like a mythical creature, a unicorn with silver blood", which to be fair is more information than the anatomy of the deity than we've ever been given before. The poem goes on to say that "It makes a good story in a book like Harry Potter." Which is true, as there are more than 168,000 bibles sold or given to others in the United States every day.
The poem also taught Greek mythology students that if you drink God's magical blood "you will live forever."
The verse ends by saying that "when you grow older and see the evil in the world and the face of death
like a shadow behind the eyes of every living thing. Then where is God?" So, basically implying the world is full of evil, where is your god now?
Well, the final line tells the kids that this situation will reveal God "in all his foolishness, a naked lie. A childish dream, a mythical creature like the unicorn."
This could be seen as away to give kids the opportunity to healthily debate the existence of God, questioning whether he is a mythical create or not and let kids make their own mind up on religion, rather than indoctrinating them into it. Seems sensible.
However, parents of the class were "outraged" by the use of the poem. The Polk County, Georgia school district told Fox 5 in Atlanta, "we had meaningful conversations and believe that the inclusion of this article to have been made not by malicious intent nor the desire to denounce the faith or beliefs of any of our students, staff or community members."
A recent poll found that 6% of American believe in unicorns, while a massive 82% believe in God.
Tags:
unicorntopicalreligioncreatures