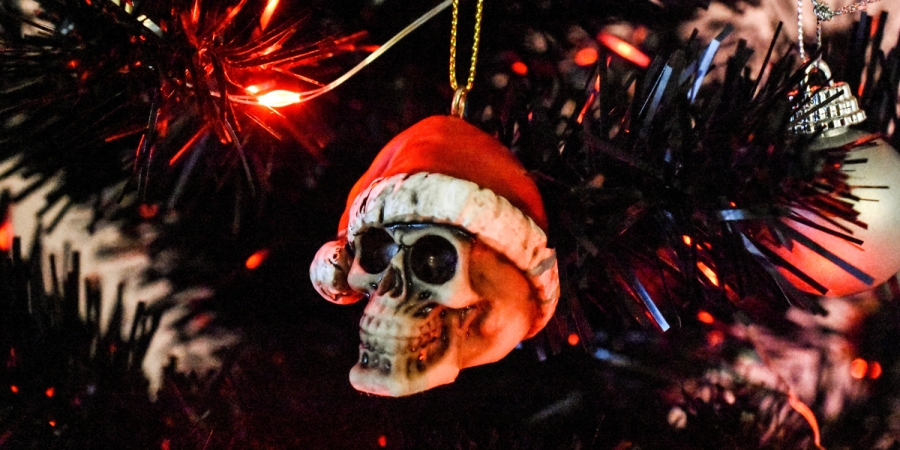 Photo: © Hello I'm Nik
Christmas is a time of celebration and giving, but in centuries gone by the season had much more sinister undertones with various supernatural entities dishing out brutal punishment to ill-behaved children. Below are just a few of the demons, evil goblins and mythical beasts that you'd want to stay clear of during the 12 days of Christmas. 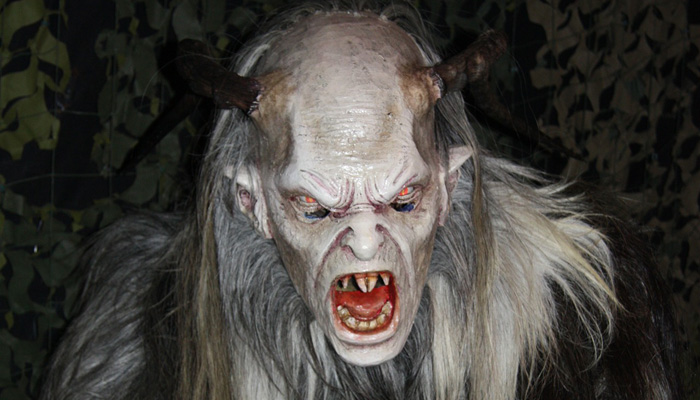 Krampus is best described as a horrific and terrifying Christmas devil. A horned beast with long hair and huge fangs, he's very much the stuff of nightmares. A hybrid beast culled from a mixture of Norse and classical mythology, he is said to arrive on the 5th December on Krampusnacht, or Krampus Night.

He arrives ready to beat naughty children with birch twigs, and if they're naughty, cart them off to hell. Sounds like an ideal threat to use on naughty children if the line 'Santa won't bring you anything' isn't having the desired effect. 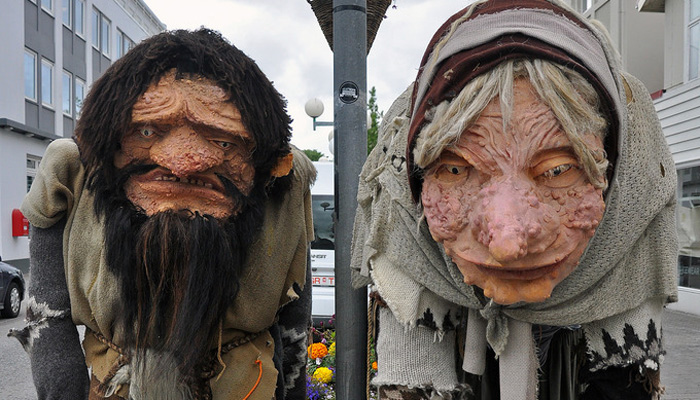 Originating in Icelandic folklore, the Yule Lads are 13 trolls who individually visit all children in Iceland for the 13 days preceding Christmas. Each night, the kids leave a shoe on their windowsill, and if they've been good, the Lad will leave them a small gift or some sweets. If they've been bad, then it could be a rotten potato, for example.

Then Yuletide-lads each have their own name and personality, such as door slammer, window pepper and a sausage swiper. The Lads are often shown alongside the Icelandic Yule Cat, Jólakötturinn. This seasonal creature is an enormous black cat who roams the country at Christmas time eating any children who didn't receive new clothes for Christmas.

According to the legend the Yule Lads live with their parents Grýla, who kidnaps, cooks, and eats mischievous children, and her lazy, stay-at-home, husband Leppalúði.

You might discount these stories as just fairy tales, but Iceland is a country which takes its folklore very seriously. It's not too difficult to see why, with a land sat atop a rip in the tectonic plate of the North Atlantic, with hot springs and volcanoes in plentiful supply. In Iceland they still regularly alter plans for new roads, bridges and buildings so as not to disturb the Huldufólk, or hidden folk, who are said to live there.

In modern day Norway and Sweden, St Lucia is depicted as a beautiful young woman in white, however a few centuries ago Lucia, or Lussi, was said to be a demon with dark powers. She was said to arrive late at night between December 12 and 13, the longest night of the year.
Lussi rode a broomstick flanked by hordes of demons, evil spirits and trolls and spread havoc and mischief. She was blamed for damaging properties, destroying crops, injury livestock, and killing or kidnapping anyone she encountered. It made the night before December 13 a good night to stay at home, but it was said that she would press her face against windows and even enter houses through the chimney. 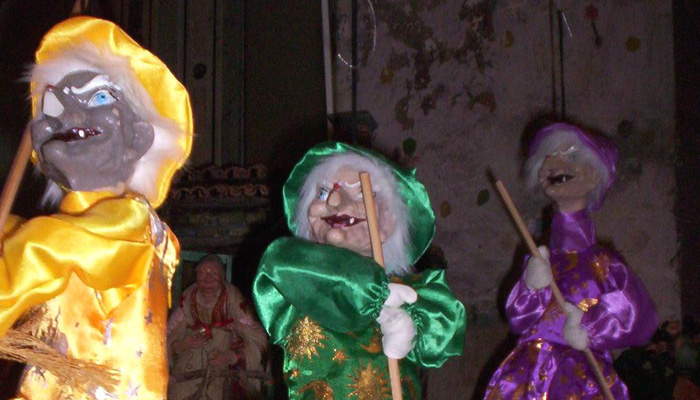 Befana, in Italian folklore, is an old woman who travels across Italy on the 5th January, the eve of Epiphany, delivering gifts to children. She is said to fill the socks of the children with toys and sweet if they've been good, or coal, dark sweets, onions and garlic if they've been bad. So pretty similar to Father Christmas/Sanata Claus in that respect.

She travels by broomstick, wearing a black shawl and covered in soot due to her habit of flying into the home via the chimney. For this reason she is known as the Christmas Witch.

The legend of Befana says that she offered shelter to the Three wise Men on their journey to find Jesus. They were so impressed with her hospitality they offered her the chance to come with them to visit, but she said she was too busy doing her housework. (Men, eh? Why didn't they help?) She later regretted not going, and to this day she continues to fly around searching for Jesus.

Any children seeing her in their house are said to receive a whack from her broomstick. A handy way of keeping the kids in bed on Christmas morning we guess. 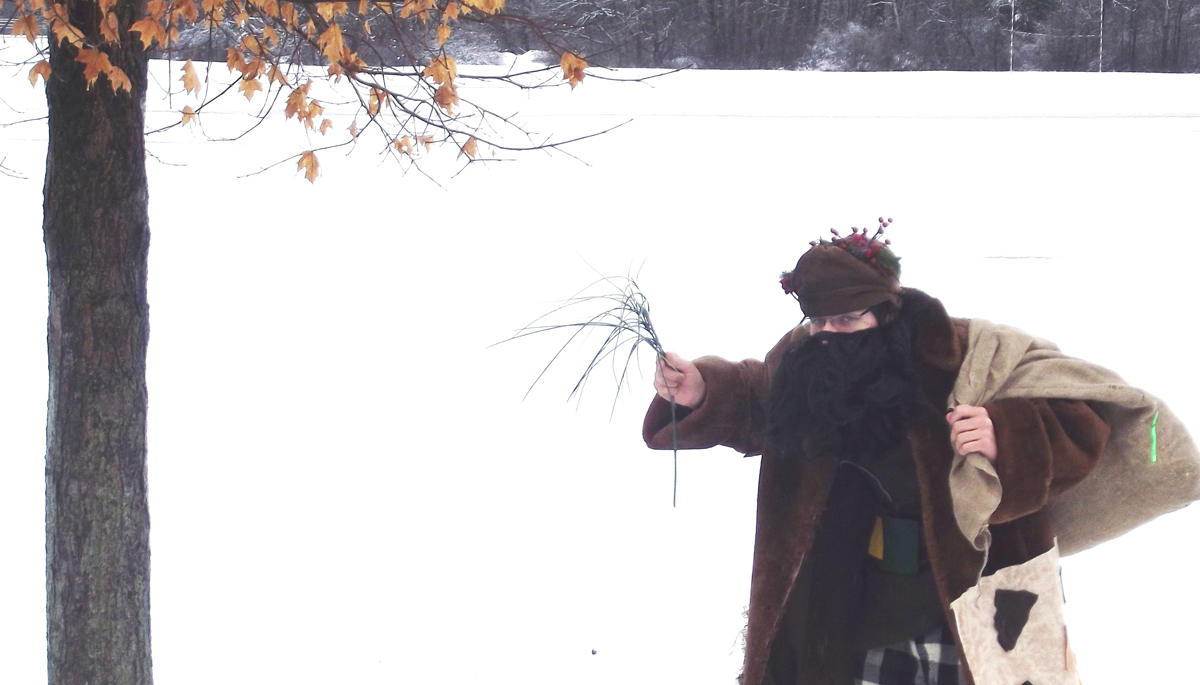 The Belsnickel is an irritable, fur-wearing figure from German folklore. Like Santa Claus, he comes bearing gifts. He's also prevalent in Pennsylvania Dutch communities and Brazilian-German communities, and often associated with other companions of Saint Nicholas in German-speaking Europe, but unlike the other companions, Belsnickel hunts alone.

Belsnickel carries a long, flexible piece of wood known as a switch, which he uses to whip and discipline naughty children, while the well behaved children are rewarded with nuts, cakes and sweets from his pockets. It is likely that Belsnickel is based on an older German myth, Knecht Ruprecht, a servant of Saint Nicholas and a character from northern Germany.

Her name means "the bright one" and she was a goddess in Alpine paganism in upper German and Austrian regions of the Alps. Perchta appears either as beautiful and white as snow, or as an old, haggard lady. She is sometimes said to have one large foot, which symbolises her ability to shape shift into an animal form.
Perchta was said to roam the countryside at midwinter and to enter homes during the 12 days of Christmas leaving silver coins under the pillow of well behaved children and hard working young servants. However, if they had been bad or lazy, she would slit them open, disembowel them and stuff them with straw and pebbles, a gruesome punishment that earned her the name, the Belly Slitter. 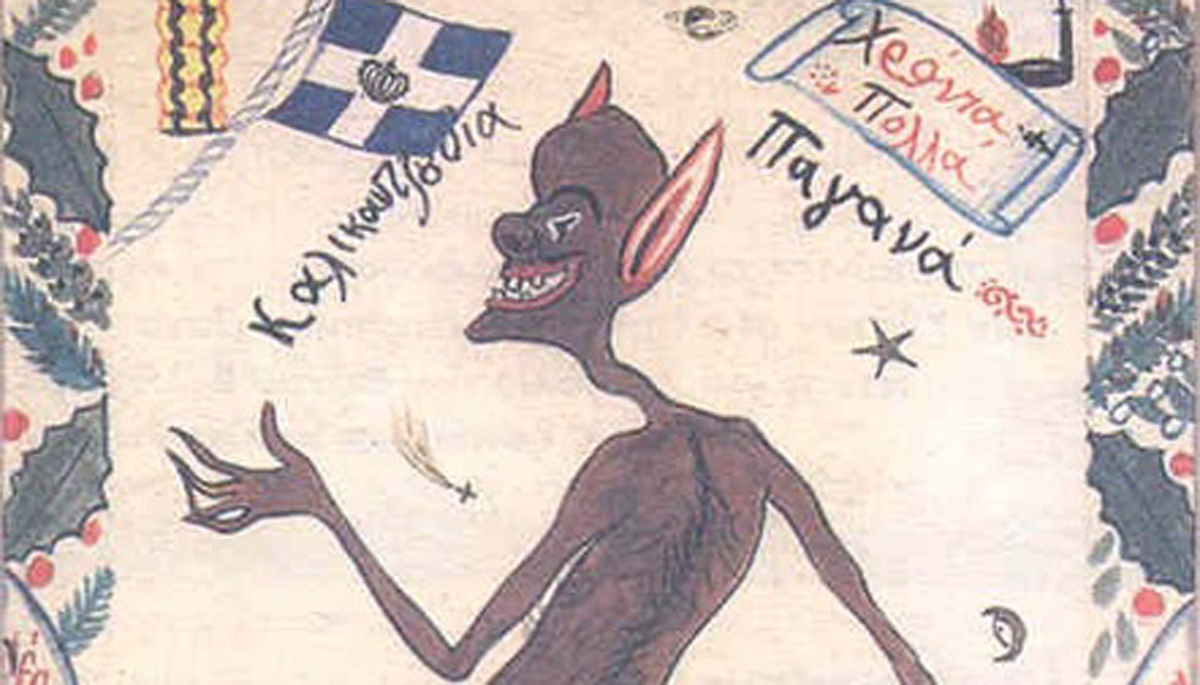 The kallikantzaros is a malevolent goblin in Southeast European and Anatolian folklore, they are believed to be creatures of the night that dwell underground but come to the surface during the 12 days of Christmas. Any child born during this time was in danger of transforming into a kallikantzaros. Bizarrely one way to protect yourself from kallikantzaroi is to place a colander on your doorstep. The kallikantzaroi would sit at the doorstep all night, counting the holes in the colander until the sun rose and forced them back into hiding. Perhaps a better method of protection was to simply leave the fireplace burning all night so that they could not enter through the chimney. 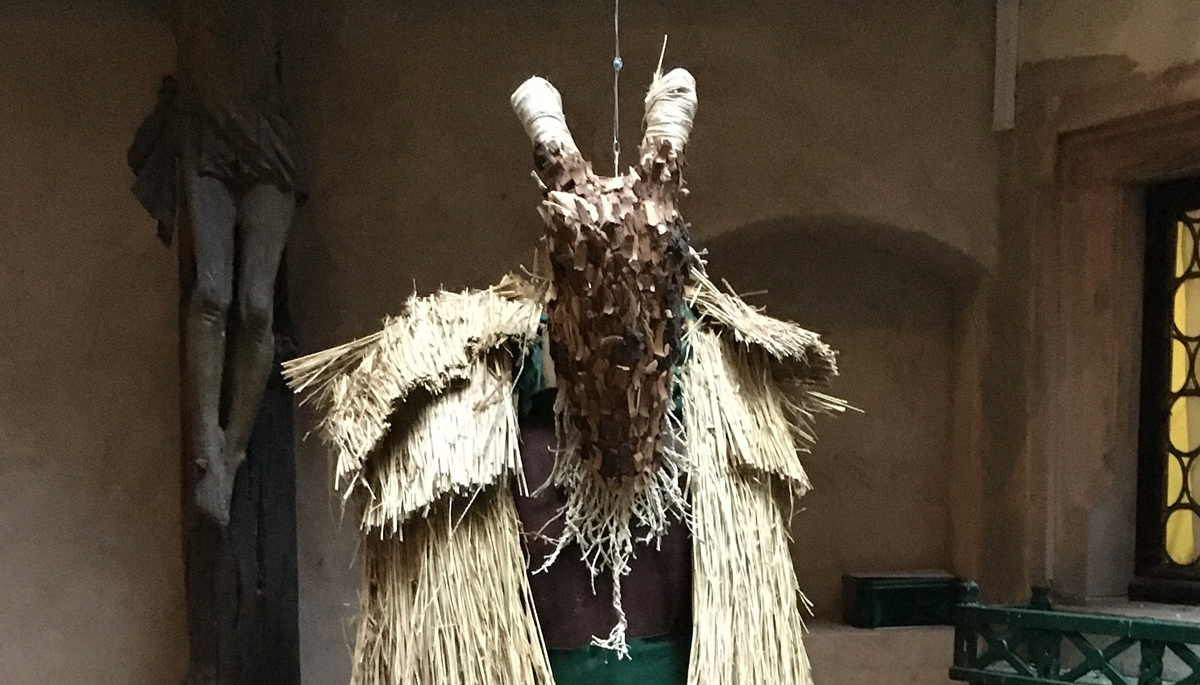 Stories of Father Whipper, or Père Fouettard in French, date back to around 1252. He's said to join Saint Nicholas. He hands out lumps of coal or even dishing out whippings to naughty children while the well behaved get gifts. While similar characters exist all over Europe, Père Fouettard best known in the far north and east of France, in southern Belgium, and in French-speaking Switzerland.