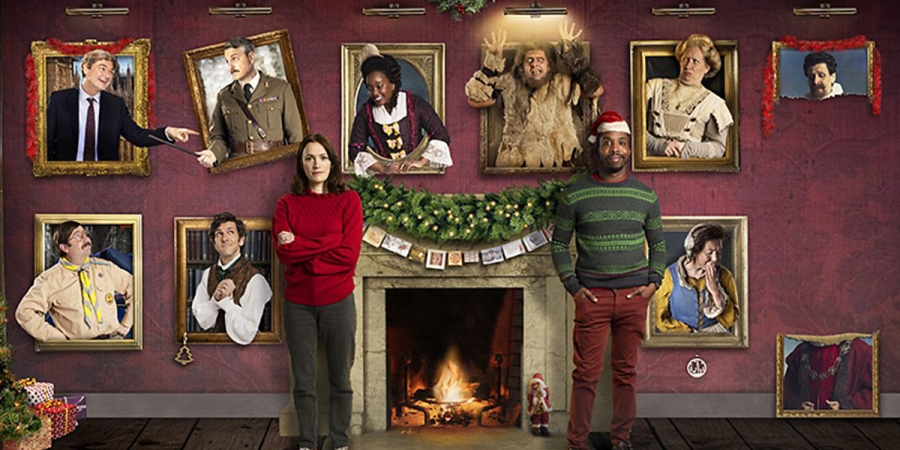 The BBC takes viewers back to Button House this December for a Christmas special of the British comedy series, 'Ghosts', which lands on BBC One and iPlayer on December 23.
The first three series of the supernatural comedy were packed full of in-jokes that kept fans of the paranormal coming back for more ahead of Christmas.
In the new seasonal episode of the critically acclaimed sitcom, Kitty becomes convinced that Santa has made an early stop at Button House when a man is discovered sleeping in a tent on the grounds.
The hall is the home of a young, cash-strapped couple, Alison (Charlotte Ritchie) and Mike (Kiell Smith-Bynoe), who unexpectedly inherited the dilapidated country house, which as they learned early in the series. is packed full of numerous restless spirits who have died there over the centuries.
These resident spooks are full of idea on how Alison and Mike should deal with the uninvited camper, but eventually they learn that they have more to offer this Christmas than they realised.
The Christmas episode, which was shot during the making of the third series, lands ahead of the much-loved comedy's 2022 return. In the fourth series we return to Button House, which is now open for business, well, the gatehouse is, but can Alison and Mike make a success of the humble B&B or will the interfering ghosts once again scupper their plans?
The creators say, "we are thrilled to be returning to Button House for a fourth series. We are already working on new stories and can’t wait to share the next chapter."
The festive episode guest stars comedy legend, Jennifer Saunders, and was written by Mathew Baynton, Simon Farnaby, Martha Howe-Douglas, Jim Howick, Laurence Rickard and Ben Willbond.
The 'Ghosts' Christmas special will air on BBC One at 8:30pm on Thursday, December 23 and will be available to stream on demand on BBC iPlayer, where all previous episodes of 'Ghosts' are available to watch now.
Tags:
comedyparanormaltelevisionchristmas