As big fans of mythical creatures here at Higgypop HQ, we were pleased to see that John Lewis' new Christmas advert tells the story of an excitable little dragon called Edgar, who can't help but ruin the festive celebrations with accidental bursts of flames from his snout.

The retail chain's festive commercial is often one of the first signs that Christmas is fast approaching. The elaborate and often emotional adverts, are known for their loveable characters and emotive soundtrack.
This year is no different. The star of this year's festive offering is a well-meaning young dragon called Edgar who befriends a young girl in a small village as the locals prepare for Christmas. Despite Edgar's best efforts, he doesn't seem to be able to get anything right.
The problem is, Edgar can't wait for Christmas, but every time his excitement gets the better of him, a jet of flames erupts from his nostrils.
The sound track to this year's advert comes courtesy of Dan Smith, who's performed a cover of REO Speedwagon's 1984 hit, 'Can't Fight This Feeling' for the ad.
Dan, best known as thee frontman from the band Bastille, is already being tipped as the favourite to bag this year's coveted Christmas No. 1 with the track. 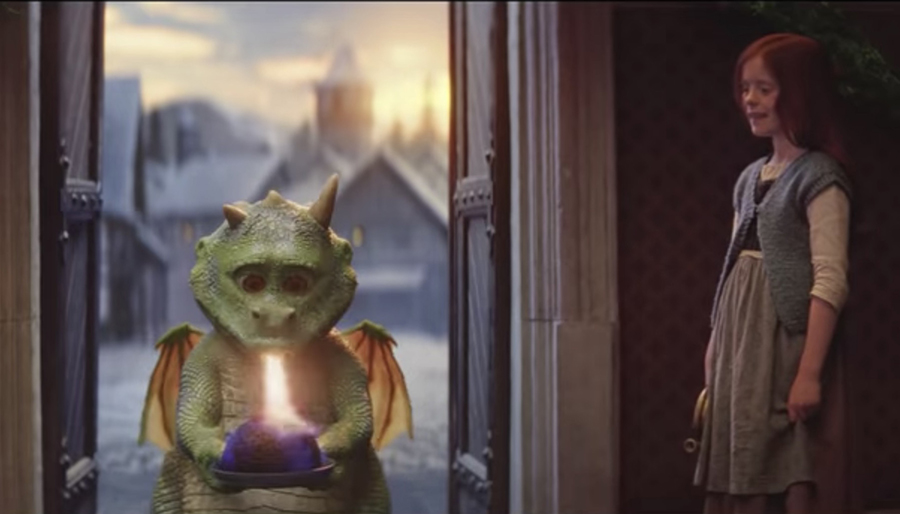 As always, the advert is a bit of a tear-jerker, many who have their say on the video online have posted comments like "someone tell me why I’m crying over a dragon".
After unintentionally causing havoc with his fire-breathing ways around the village, Edgar goes into hiding, not wanting to cause any more problems for the villagers.
The ad's tagline is "show them how much you care" and ends with the little girl inviting the dragon back into the community after presenting him with a thoughtful Christmas gift that will help him overcome his excitable fire flare-ups.
It's the first time that John Lewis have teamed up with their sister retailer, Waitrose in a Christmas advert. The two brands teased their partnership and the new ad on Twitter the night before the big reveal.

We can’t wait to launch our first Christmas ad together with @waitrose #ExcitableEdgar pic.twitter.com/B3X95QMmkH

As you might expect, John Lewis are selling a range of Edgar-inspired gifts, including plush toy versions of the dragon himself, pyjamas, wellington boots, and of course Christmas puddings.
There's also a storybook of Edgar's tale available to buy online and in store now, but if previous years are anything to go by, the goodies will sell out fast.
Tags:
john lewischristmastopicalcreatures