This article is more than four years old and was last updated in June 2021. 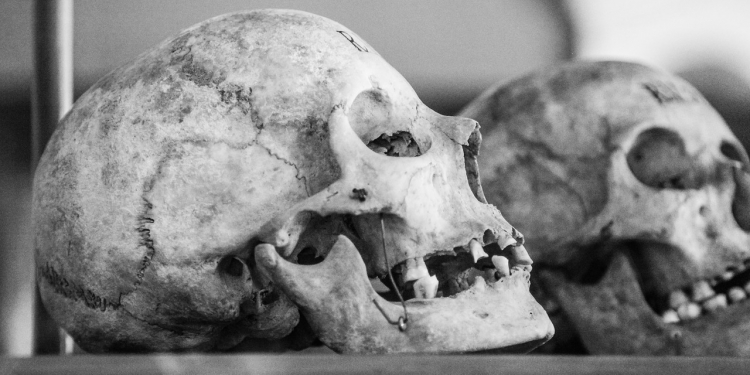 Photo: pixabay.com
When you think of dark magic you probably think of secret and ancient occult rituals, which have been lost over time and forgotten, but is it possible that black magic is still practiced to this day?
Many will write black magic off as a myth, but around the world opinions differ, especially in countries like India, Africa and Thailand.
Over the last few months news reports have included all sort of claims that dark occult practices are still going on around the world, including the murder of a man accused of witchcraft, African witch doctors harvesting body parts as charms, and even government officials using sorcery to ensure an election win.
As recently as August of this year a 54-year-old farmer was murdered by five fellow villagers who suspected him of practising witchcraft. Indradeo Singh was beaten and left for dead. His wife tried to revive him, but nothing could be done. A local report stated that people in villages often blame "black magic" for everything, including trivial things such as cows refusing to walk.
Also in August, a team of BBC Africa journalists working undercover in the continent to expose black magic were nearly stoned to death. An angry crowd thought the journalists were part of a ring of witch doctors accused of snatching children and using their body parts as charms for wealthy clients. The documentary team were approached by the mob who were armed with machetes, knives, clubs and stones, while investigating deaths of victims.
Earlier in August, black magic made headlines in Australia. A spiritual healer  appeared in a Sydney court accused of carrying out a black magic exorcism on a non-consenting man. Riza Morinaj, a French citizen who has lived in Australia since 2006, denied claims that his victim was held down during the ritual and even asked the exorcist to stop. The ritual involved the use of suction cups, which were placed on the man's body, he also claimed he was cut with a small blade.
Earlier in the year, four men were arrested in the Maldives on suspicion of using black magic against their opposition in order to secure victory in the recent presidential election. Two of the suspects are said to be high-ranking civil servants. The warrant stated that the suspects were practising black magic to bring the Maldivian Democratic Party to power and authorised the seizure of material from their homes.
Belief in black magic is still very common in the Maldives, where it is known as fanditha and sihuru, the latter enlists demons to harm others. While sihuru is not illegal it is considered taboo and has resulted in several arrests in recent years, although most suspects are released without charge.
In July, a 55-year-old woman in the Indian state of Jharkhand was murdered by her neighbour for allegedly practising black magic. The man accused of the killing said that his family were experiencing poor health as a result of the witchcraft he believed the victim, Lalitha Devi, was using against them.
In Saudi Arabia practicing black magic is a criminal offence and the law was tested in June when police arrested a man who was caught performing a ritual. A video clip of the incident was shared on Twitter. The footage shows a group of men trying to undo the spell, while police hold down the occultist.

Last year Tokyo was the site of reports of a voodoo curse. A group of children crossed a bridge on their way to school and stumbled upon and a straw doll and a note that said, "all you brats jump from here and die." It seems that the doll, known in Japan as a waraningyo, was planted by 41-year-old Takeshi Inaba. He lives near the school and wanted to curse the children because he feels they make too much noise as they walk past his house on their way to school. He's now facing charges of criminal intimidation and has been accused of a spate of graffiti across the city, all of which is aimed at the noisy school children.
In 2014, a Ugandan man found himself with a snake coiled around his neck after he supposedly stole a television and other items from a neighbour's home. Another thief in Kenya also found himself at the receiving end of a curse. After drugging a driver and stealing his car, the thief was stung by bees. The victim later told police that he had asked a local witch doctor to place a curse on the vehicle which would result in a bee attack should anyone take his car without permission.
These stories aren't just contained to Asian and African countries, six years ago a British man was arrested in possession of a case full of roasted human foetuses for use in black magic ritual. The man had bought the grim ritualistic items in Thailand. The corpses of the unborn baby boys had been roasted, covered in gold leaf, tattooed and adorned with religious threads. They were found packed in a suitcase in the man's hotel room in Bangkok.
The man, who holds a British passport but is of Taiwanese origin, confessed to paying around £4,000 for the foetuses, which he planned to smuggle to Taiwan where he could apparently sell them for six times more than he paid for them. Their high value comes from the belief that ritualistic foetuses bring good fortune to those who possess them.
With all these black magic stories making headlines around the world recently, it might come as no surprise to you that in the Indian state of Kerala there has been calls to approve the "Kerala Black Magic And Superstitious Activities Prevention Bill." It's hope that this bill will give a committee the power to look into complaints regarding black magic in order to make recommendations to the government and law enforcement bodies to take necessary action.
Of course, just because these stories are being featured in news reports from around the world, it doesn't mean that those involved aren't just getting caught up in out-dated superstition and unproven spiritual beliefs. The rational amongst us would maintain that there is no evidence of the existence of magic, be it dark magic or light magic.
Tags:
paranormalblack magichalloween 2018topical