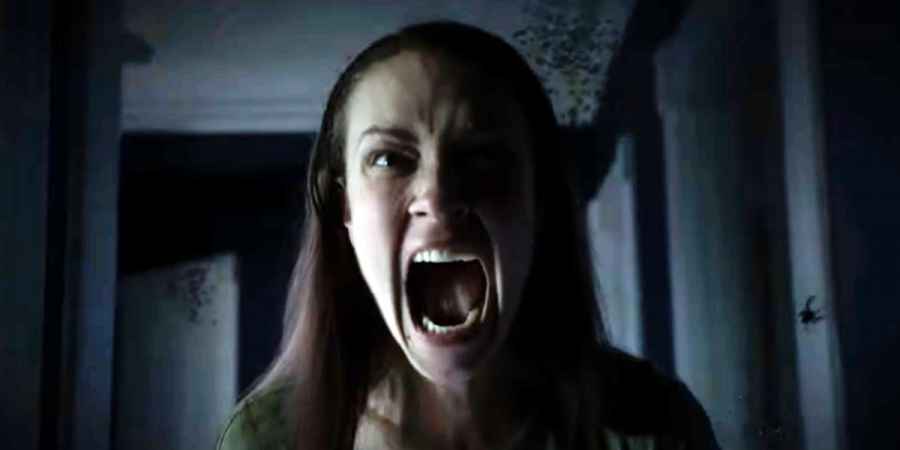 Photo: © Discovery+
From master of horror Eli Roth comes 'A Ghost Ruined My Life With Eli Roth', an eight-part podcast series that shares the shocking true stories of hauntings that have left emotional (and sometimes physical) scars on those unlucky enough to have experienced them.
The series is hosted by the award-winning filmmaker, who most recently wrapped production on the highly anticipated film 'Borderlands', starring Cate Blanchett, Kevin Hart, Jack Black and Jamie Lee Curtis. It will be released by Lionsgate in 2022.
The first episode of 'A Ghost Ruined My Life With Eli Roth' will be released on March 11, with new episodes dropping weekly on Fridays. Listen to 'A Ghost Ruined My Life' on Apple, Spotify or wherever you get your podcasts. The full TV series is currently available to stream on Discovery+.
Hosted and hand-picked by Roth, and as told by the victims themselves, listeners will hear the terrifying first-person stories of hauntings. From confrontations with ghosts to demons and dark entities to poltergeists, every 30-minute episode of 'A Ghost Ruined My Life With Eli Roth' plays out as a “mini-horror film,” as Roth immerses listeners in the real-life worlds of people dragged through hell and back.
Watch the trailer for 'A Ghost Ruined My Life With Eli Roth' below...
Roth made his directorial debut in 2002, with the hugely successful film 'Cabin Fever'. His follow-up titles, which include 'Hostel', 'Hostel Part II', 'Knock Knock' and 'Death Wish', have earned him critical praise and a reputation as a true innovator in the horror space. In front of the camera, Roth is best known for appearing as Sgt. Donnie Donowitz, the bat-swinging 'Bear Jew', in Quentin Tarantino's epic 'Inglourious Basterds', for which he won a Screen Actors Guild award. Additionally, he appeared in Tarantino's 'Death Proof'.
Roth successfully pivoted to family fare hosting Discovery Channel's popular 'Shark Week' and its late-night talk show, 'Shark After Dark', and directing the 2018 fantasy comedy 'The House With The Clock In Its Walls', starring Jack Black and Cate Blanchett.
In television, Roth hosts and produces the tremendously successful AMC series and podcast 'Eli Roth's History of Horror', which was just renewed for its third season. He also hosts and produces the Discovery+ series 'Eli Roth: A Ghost Ruined My Life' and serves as producer on 'The Haunted Museum', which have both been renewed for a second season.
'FIN', Roth's first documentary, is a passion project he made over the past five years after becoming aware of the animals' plight during his time hosting 'Shark Week'. Roth works with several animal charity organizations, including PETA, for which he has been an outspoken public figure against animal abuse.
'A Ghost Ruined My Life With Eli Roth' podcast is produced by Cream Digital for Discovery+. For Cream Digital, executive producers are David Brady, Kate Harrison, Eli Roth and Johnny Kalangis. Marissa Lucy is executive producer for Discovery+.
Tags:
discoveryplushorrorpodcastsmovies