Have you ever been to Finland? If you have, then think again because it turns out Finland may not actually exist and in this week's The ParaPod, Barry ended his "conspiracy coach tour" with a trip to the non-existent country. 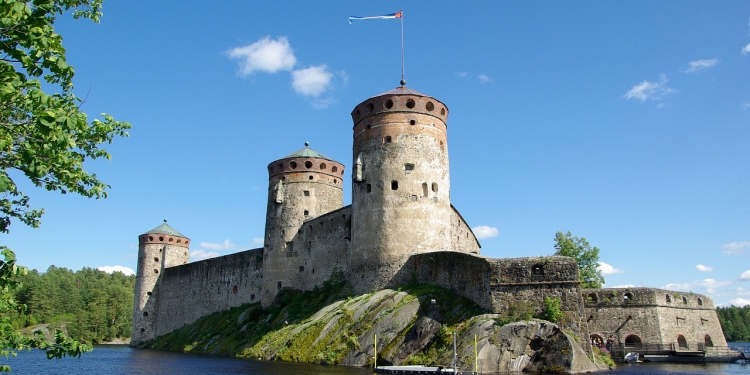 All Aboard The Conspiracy Coach

In this week's episode of The ParaPod, as is traditional in the ninth episode in every series, Barry took us on a little drive in what he called his "conspiracy coach." Barry took us to some conspiracy hotspots around the world, building up to his big finale or his "coup d'etat," as he called it.
We started off in the US where the water isn't safe to drink due to its fluoride content which is used to control the population and make them subdued. Then Barry drives us past a field in Atlanta, GA where the Federal Emergency Management Agency have a secret store of coffins ready for civil unrest.
From Georgia, Barry drives us to New Mexico and the site of the Roswell Incident when a "flying disc" was recovered by the US government. Then tells us about the government's involvement in Operation Northwoods, a proposed false flag operation against the Cuban government which never took place.
Then there were a couple of quick stops, Barry had to put his foot down for these. Firstly, AIDs was a manufactured disease. Then we passed by Ground Zero, the site of the 9/11 attacks which Barry likened to a game of 'Angry Birds'.
Next on the tour was the Philadelphia Experiment where the USS Eldridge was made invisible using experimental military technology and before we left the US, Barry told us about claims that global warming doesn't exist.
"The government puts stuff in the water that makes toads gay."
Barry Dodds
Now Barry's coach magically appears in the UK and we find ourselves on the M1 where trucks are overtaking other trucks as part of a government plan to make drivers on the road more compliant. The British government apparently also "puts stuff in the water that makes toads gay."
Then some quick stops across England where we learn that Shakespeare may not have written all of his works, and that the famous race horse Shergar was kidnapped by Colonel Gaddafi.
Barry's coach then arrives at its final destination, international departures at Heathrow as we all board a flight bound for Finland. 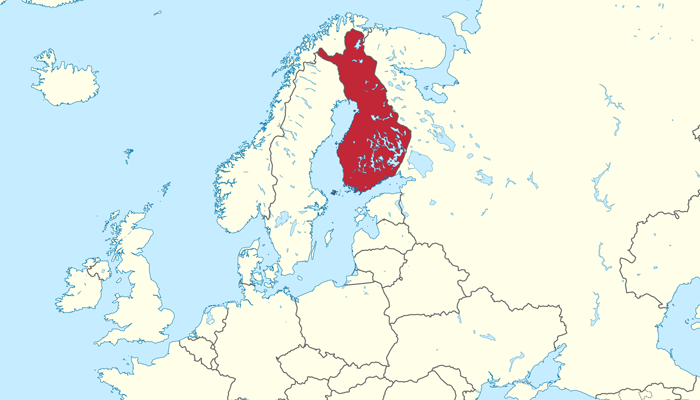 Photo: en.wikipedia.org
The Finland Conspiracy, Barry's big finale. He starts out by asking Ian, "have you ever been to Finland?" Ian says he has but Barry's not so sure, "well, you haven't, you've been to Eastern Sweden. Finland doesn't exist." Ian has nothing to say, he just laughs.
According to Barry, "Helsinki is in Eastern Sweden, world maps have been altered" as part of a United Nations conspiracy to keep people believing in Finland. Those who support the theory claim that the idea that an entire country is made up is so bizarre that nobody would ever believe it is, making it easy to do.
Barry continues, "the main reason for this is because of the Japanese, "now, Finland's main company is Nokia, the thing is, that's Japanese owned." Barry then asks Ian, "what do Japanese people like?" Not quite sure what Barry's getting at, Ian doesn't even bother to hazard a guess before Barry comes out with the answer, a sweeping generalisation... "fish!"
He goes on to say that the whole conspiracy is to do with Japanese fishing rights. They created a fictional landmass called Finland where the Japanese could fish as much as they wanted, "that's why it's call 'Finland' because of the fish, FIN-land." Get it?
There's more details on the Finland conspiracy theory on a Reddit thread, which answers a few commonly asked questions people might have when they find out a whole country is made up, such as:
1. What about Finnish people? Are they all in on the conspiracy?
No. People from Finland genuinely believe they're from Finland. In reality they are from small towns on either the Eastern part of Sweden, the Western part of Russia, or the Northern part of Estonia.
2. What about Helsinki? That is an enormous city on the world stage.
Helsinki is located in Eastern Sweden. It's not like the people flying there would notice.
3. What about everywhere else in Finland? There's a lot to it and it couldn't all be made up.
99% of Finland is forest. A lot of it doesn't need to be accounted for when addressing Finnish geography.
4. What about GPS and Satellite Images?
It's manipulated and forged. In the parts of Estonia, Sweden, and Russia that are allocated as 'Finnish zones' the GPS locations are changed to match that of Finland.

Ian described Barry's performance in this week's podcast as "an absolute shit storm of bollocks from start to end," and you can see why he might feel that way.
Barry was actually tipped off about the Finland conspiracy on Twitter by a friend of mine. My friend knew full well that the conspiracy isn't true, it was started as a joke by a Reddit user who goes by the name of Raregans.
The 22-year-old, who's real name is Jack, says the story originated from his parents, who came up with the wacky theory when he was a kid, presumably as a joke.
In an interview with VICE, Jack explains, "I was about 8 or 9, and they just casually brought it up one morning when we were watching the news and Finland was mentioned. I can't remember the exact wording at the time, but the gist of it was that Finland didn't exist. It didn't seem that big of a thing to me at the time, because when you're a kid, your parents' word is gospel."
Ian 9 - Barry 0.