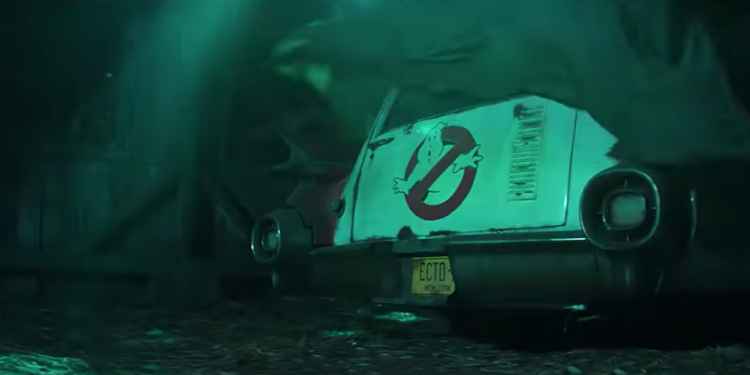 Photo: youtube.com
Following the success of 'Ghostbusters Afterlife', Sony Pictures have announced that they are planning a new movie in the supernatural franchise.
The announcement came during the CinemaCon event in Las Vegas, but no details about the cast, plot or release date have yet been confirmed. It's big news for 'Ghostbusters' fans, but at the same time, it's barely news at all since we have no details and are none the wiser after the tease.
We don't even know if Jason Reitman will take on directing duties again, as he did with the 2021 film, which took $44 million in its domestic box office debut. While its earnings are comparable to Paul Feig's all-female reboot, 'Afterlife' won back the hearts of fans. It currently holds a very respectable audience score of 94% on Rotten Tomatoes.
With a video game and an animated film in the making, it's no surprise that 'Ghostbusters' has been green lit for a fifth cinematic instalment.
Carrie Coon starred in the 2021 movie as a single mother, who moves into her recently deceased father's rural home with her two children Phoebe and Trevor. While adapting to life in Summerville, the kids go on a journey to uncover the lost legacy of their grandfather, original Ghostbuster Egon Spengler.
The movie, which also starred Paul Rudd in the role of a local school teacher, saw the new generation of Ghostbusters battle a series of paranormal events that seem to be emanating from an old mine in the small town.
Although the movie revolved around Phoebe, Trevor and their classmate known as 'Podcast', there were some iconic blasts from the past in the form of Bill Murray, Ernie Hudson, Sigourney Weaver and Annie Potts, and an emotional tribute to the legendary, late Harold Ramis.
'Ghostbusters Afterlife' left plenty of room for a sequel. The movie ended with a post-credits sequence featuring Ernie's character, now a successful businessman who's been paying the rent on the Ghostbuster's former firehouse HQ, but more importantly, keeping check on the ecto containment unit.