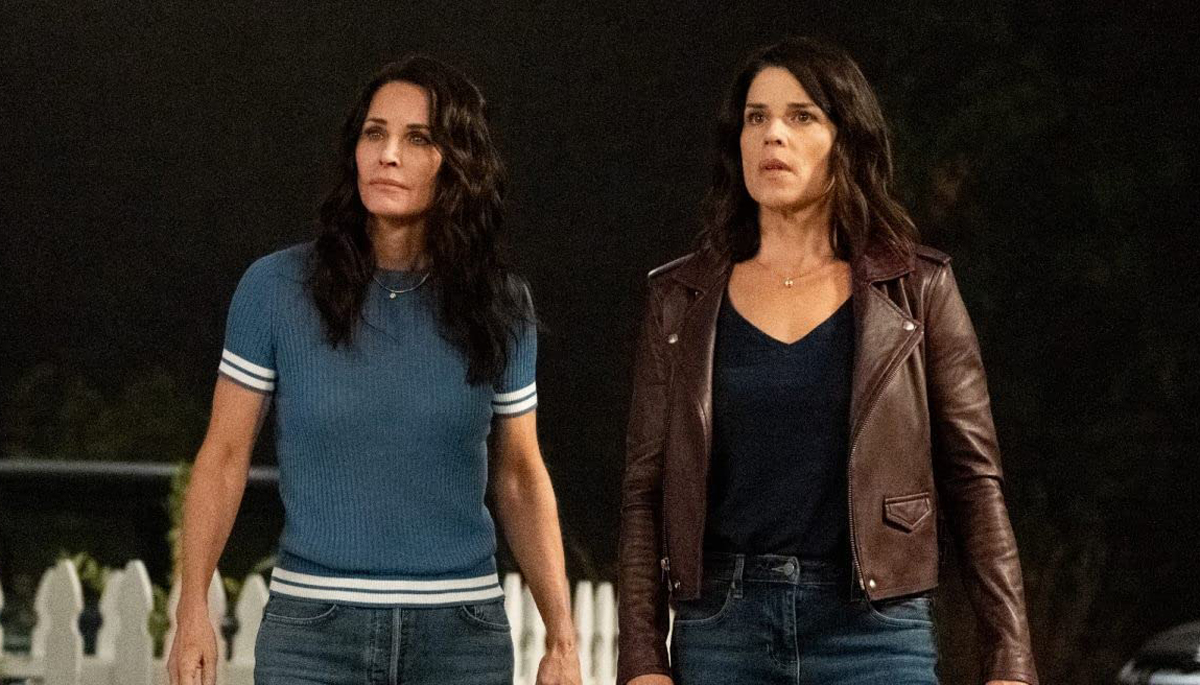 Neve Campbell and Cortney Cox reunite for another showdown with Ghostface in a new instalment of 'Scream', and this time he's terrorising smart homes. The fifth 'Scream' movie is due for release by Paramount Pictures in January 2022.
The pair reprise their roles as Sidney Prescott and Gale Weathers in the next instalment of the franchise that picks up the gory action 25 years after a streak of brutal murders. The original movie famously opened with a scary scene involving a landline telephone - "what's your favourite scary movie?" But this time around, being set in the present day means that Ghostface has a whole new array of gadgets to torment his victims with.
The first trailer for 'Scream' dropped this week and shows us what happens when a new killer dons the Ghostface mask and manages to hack his victim's home's smart door locks while a young girl, Tara, is home alone in the quiet town of Woodsboro.
Tara, played by Disney star Jenna Ortega, appears to be in the same home that the 90s original started in. The standout moment in the trailer is when Neve drops the line, "I'm Sidney Prescott, of course I have a gun".
As well as Neve and Courteney, David Arquette has regrown his now-famous moustache to reprise his role as Dewey Riley, and Marley Shelton returns as Deputy Judy Hicks as seen in 'Scream 4'.
When the new 'Scream' movie, the first not to be directed by Wes Craven who died in 2015, is released on January 14, it will have been exactly 25 years and 25 days since the original movie's release in December 1996.
Add A Comment
Tags:
horrormoviestopical