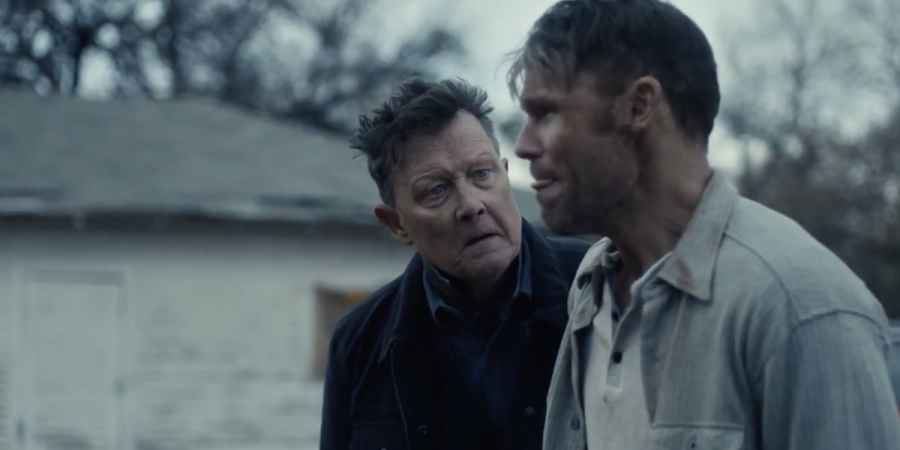 Following its world premiere at Montreal's Fantasia Film Festival, the psychological thriller 'What Josiah Saw' will stream exclusively on Shudder.
The award-winning southern gothic horror starring 'The Terminator' star Robert Patrick will be available on demand in North America, the United Kingdom, Ireland, Australia and New Zealand later this year.
Everyone in town knows about the haunted Graham Farm on Willow Road. You'll hear there's a bad history to it. Josiah (Patrick) and his youngest son, Thomas, are all that remain of this estranged family. But after experiencing terrifying visions from beyond, Josiah decides they must change their ways to right a great wrong.
After being away for over two decades, Eli and Mary, Josiah's eldest children, are enticed to sell the property and reunite at the old farmhouse in hopes of closing this haunting chapter of their lives for good. Sins of the past will be paid in full.
'What Josiah Saw' marks the third feature from director Vincent Grashaw, it is written by Robert Alan Dilts and also stars Nick Stahl ('Sin City'), Scott Haze ('Child Of God') and Kelli Garner ('Lars & The Real Girl').
The movie was heralded after its Fantasia premiere as "the kind of haunting drama that feels unsettling and dangerous even in its quiet, character-driven moments," (Roger Ebert), "tense and devastating" (Screen Anarchy) and "guaranteed to haunt you for days" (Dread Central).
"Vincent, Robert and team have crafted a dark, haunting and poignant film that brilliantly blends some of the best elements of horror," said Craig Engler, general manager of Shudder. "It's a story that stays with you and is expertly brought to life through striking, breakout performances from this stellar cast. We're thrilled to have it live on Shudder and to share it with members."
Grashaw said, "Shudder is the perfect home for this creepy film that I've lived with for quite some time. I was somewhat terrified to tackle my first horror/thriller, so I couldn't be more grateful that the release will be in the hands and guided by those who do it best in the genre sphere. I can't wait to see what happens with them! Let's go!"
'What Josiah Saw' is produced by Ran Namerode, Grashaw, Bernie Stern and Angelia Adzic and executive produced by Cole Payne and Scott Haze. The deal was negotiated by CAA Media Finance on behalf of the filmmakers and Emily Gotto on behalf of Shudder.
Shudder is a premium streaming video service that brings fans of horror, thrillers and the supernatural the best selection of entertainment in the genre. Shudder's ever-expanding library of film, television series, and originals is available on most streaming devices with a seven day free trial.
Tags:
shudderhorrorparanormaltopical