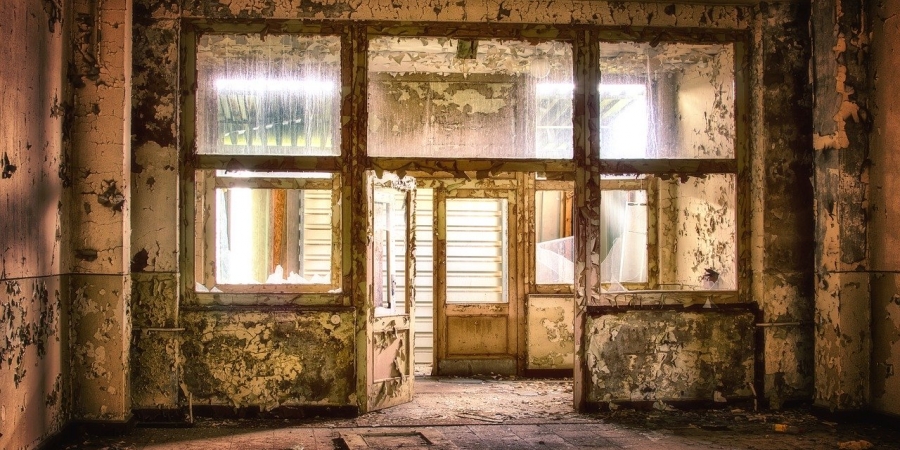 Photo: pixabay.com
Abandoned locations across the UK, including those popular with paranormal investigators, could face demolition under proposed changes to planning laws.
Changes to the rules proposed by Boris Johnson this month would make it easier for housing developers to demolish existing abandoned buildings in order to build more homes.
While it could be good news for the British housing market, it means that many vacant locations that are popular with paranormal investigation teams could be at risk.
The changes, part of Johnson's "Build, Build, Build" programme, would allow developers to demolish vacant buildings without the need to obtain planning permission, and will mean land and buildings can be changed from commercial to residential use without planning consent.
Of course, these changes would only apply to properties that aren't protected historic buildings, this means the majority of vacant haunted buildings would be safe from demolition as by their very nature they tend to be historic places, but it might mean that in future it would be easier to convert these buildings into residential properties.
The type of buildings most likely to be effected could include the many pubs across the UK that have been forced to closed their doors for good over the last few years, and former industrial sites, like haunted mills and factories, may also be first in line for redevelopment.
It's these abandoned industrial locations that have become increasingly popular with paranormal teams over recent years due to the increase in popularity of live streaming on social media and the rise in cost of hiring a traditional haunted location.
More and more teams now head out on paranormal investigations, which they broadcast live to their followers on Facebook and YouTube. There's a constant need to find new and interesting locations, which is leading more teams to creepy vacant buildings.
Many teams are self-funded or work on tight budgets, making abandoned buildings ideal locations, especially since the price of hiring haunted locations such as stately homes, inns and castles has risen over recent years due to the demand from paranormal events companies that provide ghost hunting experiences to members of the public.
This new interest in abandoned buildings has resulted in a new breed of paranormal explorers, a combination of urban explorer and paranormal investigator.
Further details on the changes to the planning law are expected to be announced in a paper in the coming weeks.
Add A Comment
Tags:
paranormaltopical