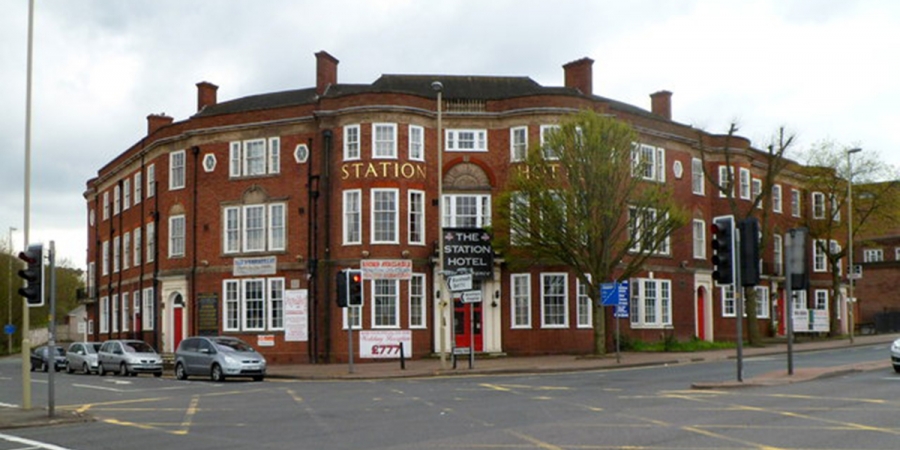 Photo: © Jaggery
This week is has been announced that a West Midlands paranormal hotspot has closed its doors to guests for the very last time after the building's sale was completed late last year.
The hotel in Dudley was built in 1898 and in its heyday was one of the most glamorous hotels in the country. It was frequented by performers appearing at the original Dudley Hippodrome, which closed in 1964. Famous guests over the years include Bing Crosby, Tommy Cooper, and Laurel and Hardy.
The 38-bedroom hotel has been on the market for several months. The owners were looking for offers in the region of £1.25 million. A sale was agree before Christmas for an undisclosed price. The buyer has not yet been named.
With tales of murder and suicide, it's no surprise that the Station Hotel is said to be so haunted. The ghostly goings on in the hotel include reports of poltergeist activity, some as violent as knives being thrown. Others have reported eerie feelings, disembodied voices, and sightings of full apparitions, including a man in black who's been nicknamed George, and a lady in white.
The most famous ghost story linked to the hotel is that of the spirit of a young chamber maid who was allegedly murdered in the hotel by a former manager. It's said that he enticed her into the cellar, but she rejected his advances. When she threatened to tell his wife, he killed her. It's believed these events took place in the early 1900s.
The story goes that the maid's body was smuggled out of the building in an empty beer barrel, but some people still believe her remains are hidden within the hotel grounds. However, this doesn't really make sense as the manager was hanged for his crimes. So either they found her body or the manager told them where he'd hidden her, otherwise how else did the story of the beer barrel get passed on? 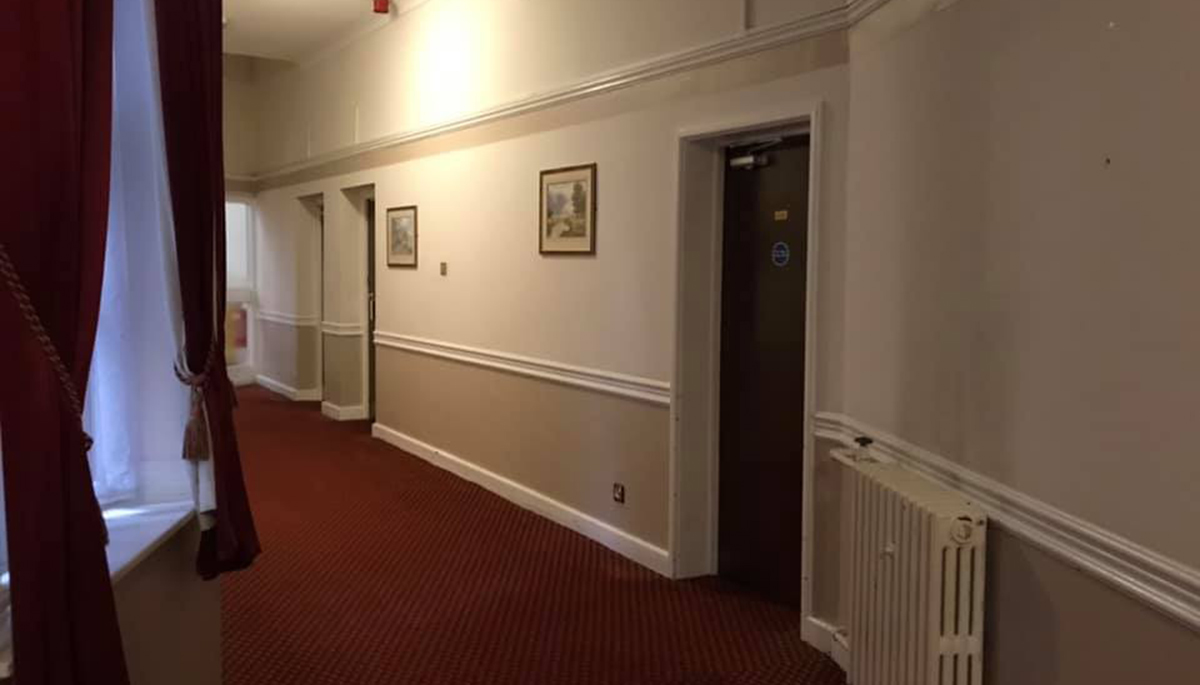 🖤
The hotel featured in an early series of 'Most Haunted' in 2003. The investigation was lead by Yvette Fielding and Derek Acorah. The team encounter some strange activity including light anomalies, feelings of discomfort, and one member of the team noticed three scratches on her cheek. She said that she didn't know how it had happened, but had noticed her cheek getting hot during the vigil.
At the time the team caught some of their most impressive evidence to date on camera. A night vision camera was left recording over night in room 214, but at just after 4am it caught something odd. A chair in the room appears to move on its own, minutes later the bed also moves. The movement is very slow and lasts around six minutes, but when the video is sped up 30 times, it's clear to see.
The hotel has continued to be a focal point for paranormal teams with several paranormal events teams including Haunted Happenings hosting regular public events and ghost tours there over the years. The hotel also regularly hosted mediumship nights and psychic fairs. It has also been investigated by online paranormal teams, including popular YouTubers, the Ouija Brothers.
The hotel's management team announced the news of the closure on their Facebook page. The post read: "It is with a heavy heart that Helen, Chris and our amazing team have to announce that the Station Hotel has been sold and now ceased trading."
"At this sad time we would like to thank all our valued customers over the years, whatever the occasion it has been a great honour to welcome all of you," the post continued, "Lastly we would also like to thank our amazing suppliers, it has been an absolute pleasure to work with you."
The hotel is also a popular venue for wedding receptions. The pandemic has meant many couples across the country have had to cancel or postpone their big day. Sadly in the case of the Station Hotel, the venue will no longer be able to host those delayed receptions. The hotel says that anyone who has enquiries about an outstanding booking should email them at sales@stationhoteldudley.co.uk.
Add A Comment
Tags:
paranormaltopical