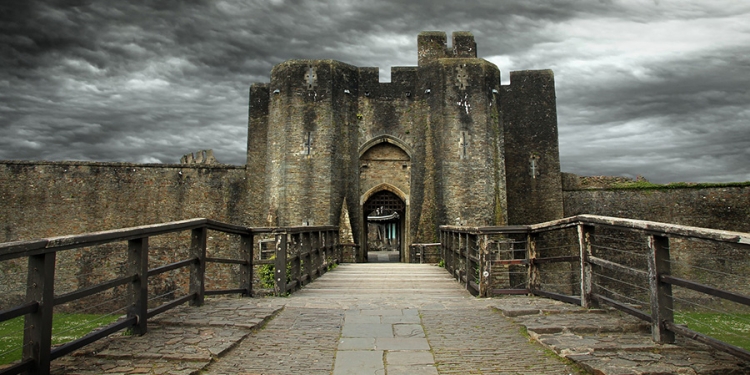 Photo: pixabay.com
Wales has a high concentration of haunted castle set in stunning scenery, pretty historic towns, and country pubs with dark pasts. All this history makes Wales today one of the most haunted parts of the British Isles.
With so many ghost stories relating to Wales, how much do you know about the spooks that are said to haunt this beautiful country? Find out with the 20 tricky questions...

1. A staff member on duty at University Hospital Llandough once reported seeing what lying in one of the hospital beds?

2. A family of ten ghosts have been seen around a dinner table at which haunted manor house?

3. The ghost of the Second Marquess of Bute has been spotted in which Welsh castle?

4. The National Museum of Wales is said to be haunted by Arnold Dunbar Smith, but who was he?

5. One of Wales' hospitals is said to be so haunted that an exorcist was called in to performed an exorcism in the pathology department, but at which hospital?

6. Which castle in Wales is haunted by a ghost with the nicknames "The Cellar Man?"

7. A child's cradle is said to rock on its own in which of these haunted manor houses?

8. What is the name of the former landlady who is said to haunt the Skirrid Inn?

9. Which area of ancient woodland at the mouth of the Bristol Channel is said to be haunted by the ghosts of murdered sailers and downed RAF pilots from a nearby airfield?

10. Which part of the ruins of Raglan Castle is famously haunted by a former member of staff?

11. What was the career of Adelina Patti who haunts Craig-y-Nos?

12. The ghost of a young boy has been seen looking out of the windows of the Goblin tower in which Welsh castle?

13. Which Welsh castle is said to be cursed because Christopher Mansel Talbot used parts of the dismantled abbey to build it?

14. Which former prison in Wales is said to be haunted by the ghost of William Hughes, the only inmate to be hanged?

15. Castell Coch is said to have 13 ghosts, but unusually three of them are the ghosts of animals, but what type of animal?

16. Which Welsh village is said to be haunted by a "frog woman" who was said to be the deformed daughter of a local rich family?

17. In 2008 the 'Most Haunted' team broadcast a live show for seven nights over Halloween from which Welsh hospital?

18. Ruthin Castle is easily one of the most haunted buildings in Wales, but what is its current day use?

19. Which former workhouse in Wales is said to be haunted by the ghost of it school master?

20. Bodelwyddan Castle is haunted by the ghosts of its past, but which of these was NOT one of its former uses?