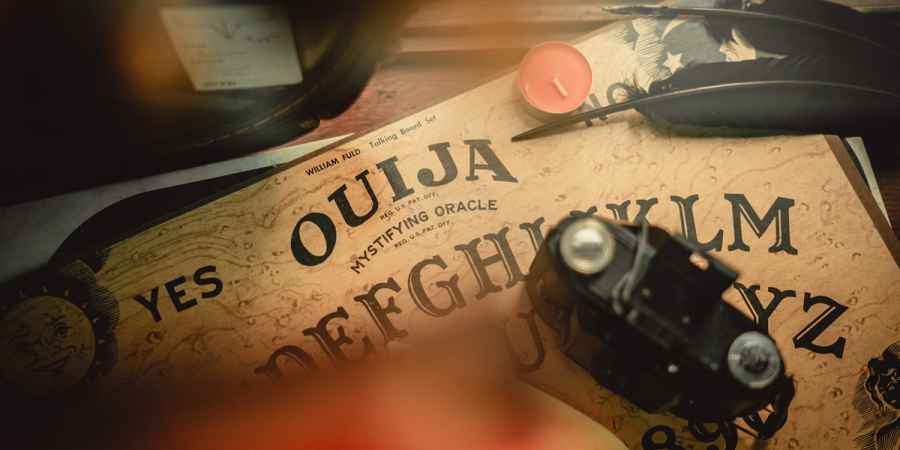 Photo: © Josh Olalde
Ouija boards have been big business over the years, but with more than 130 years of history behind them, have you ever wondered exactly how many have been sold and used over the years?
It's a tough question to answer, especially since the boards have so much history. They were originally invented and marketed by Elijah Bond, but later William Fuld took over production. Later the rights to the product were sold to the Kennard Novelty Company and more recently Hasbro.
There have been many resurgences in popularity over the years, most notably in the 1960s and again around 2014 and in recent years. We know that two million Ouija boards were sold in 1967 alone, but beyond this sales figures aren't public knowledge. To complicate this further, countless other companies now produce and sell the boards using the generic term talking boards or spirit boards to avoid infringing on Hasbro's trademark.
Despite its lost history and product clones, it is possible to estimate how many boards have sold over the years.
In his book, 'Occult America', author John Goodwin estimated that between 1967 and 1972 "approximately 10 million of these boards were sold, making them a $50 million business and assuring that a basic minimum of 20 million Americans has played with them."
If just 10% that amount has sold each year since, that would mean there's been almost 20 million Ouija board sales in the last 52 years.
This is a conservative estimate as sales would have been more than 10% of its peak, since the popularity of the board has spread outside of America since. Plus people will have used their boards more than once and with different people, and nowadays there's countless ghost hunting events taking place every weekend with up to 40 people using Ouija boards.
But of course the boards date back much further than 1967, almost 80 years further back to 1891. We know the boards were popular even back in the early-1900s when their creator William Fuld was forced to build a new three-storey factory to cope with demand. Although their popularity did dwindle before their '60s revival. Still, it's probably safe to assume that they sold at least another five million in the first 76 years.
If we assume three people have used each one, that makes at least 75 million people who have used them over the years.
Looking just at the last 50 years, even with our conservative estimate, this would mean around one million people a year have used a Ouija board.
Yet with all these hours spent around the board, there are no documented incidents of death or injury directly attributed to a board. There are a handful of cases where a Ouija board is said to have lead to a violent or disturbing haunting that has resulted in death, but we're literally talking about less than 10 confirmed cases that were this severe.
One such case is that of one of the original business men associated with the board. Fuld died in 1927 after a fall from the roof of his new factory, a factory he said his Ouija board had told him to build eight years previously. Of course, there's no way to know for sure whether his death was a result of using the board, or a freak accident.
The bottom line is that based on the last 50 years, just one in six million Ouija board sessions will result in a death. To put that another way, someone will take their own life as a result of using a Ouija board once every six years.
As for sales, we estimate that there has been around 25 million Ouija boards sold since they were first invented 130 years ago.

More On Ouija Boards View All