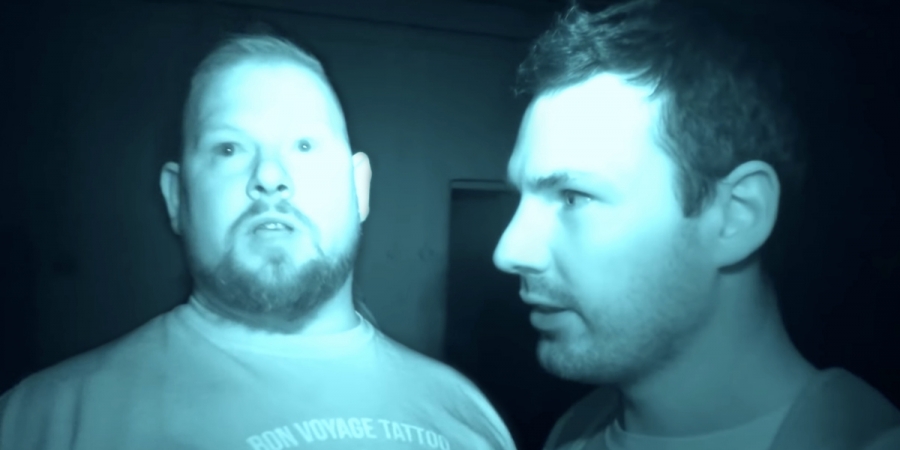 Despite calling their 2020 visit to Shepton Mallet prison one of the scariest investigations they'd ever done, Ste and Griff returned to the now-abandoned prison in Somerset.
The duo were invited back to the prison by paranormal events company, Haunted Happenings for a five-hour-long paranormal investigation. They shared their very active second investigation of the prison on their YouTube channel, The Ouija Brothers.
The grade II listed prison, also known as Cornhill was the oldest operating prison in the UK when it closed in 2013. At this time it was home to almost 200 inmates serving the final years of their life sentences, now the empty buildings are better known for their ghostly inhabitants.
Dating back to 1625, the prison has a pretty grim past. Originally men, women and children were packed into Shepton Mallet together, apparently in dreadful conditions. The cells held debtors, thieves, vagrants and people with mental health disorders. Poor amenities and primitive sanitation led to frequent outbreaks of ulcers, jaundice, asthma and venereal diseases.
The investigative duo from Wolverhampton/Walsall had strange activity kick off right from the moment they started filming in the abandoned prison.
Ste and Griff started out in the old B Wing, where visitors report the most negative energy in the whole of the three-acre site.
Straight away they heard a strange whistle. Moments later they heard a series of incredible and very loud bangs. These crashes sounded like someone banging on the wing's metal pipes, but it seemed as if they were being struck on command as if communicating with them. All this in broad daylight, a promising start.
Later the pair split up. Ste was alone on A Wing on the hunt for the 'white lady'. This spook has been reported in this old women's wing. It's said she was wrongly convicted of murdering her fiancé, and sentenced to death in the 17th century.
The story goes that she's seen wearing her wedding dress, which she apparently wore in the condemned cell the night before her execution. The only problem with this story is that while HMP Shepton Mallet does have a condemned cell and executions were carried out there, none of them were ever women.
Meanwhile, Griff was back in B Wing alone, he was using a voice bank app. The app contains a database of words, the idea behind it is that spirits can affect the random nature of the app in order to communicate by selecting a word. Several times the app gave him the word "sister".
Although the meaning of "sister" was unclear, the app gave them some more compelling evidence later in the derelict chapel building when it spat out the word "prisoner".
The chapel also had a few other scares in store for them, making their night behind bars one of their most terrifying to date.
The Ouija Brothers are a fast-growing YouTube channel who upload regular investigations. You can watch more of their adventures on their YouTube channel.
You can book your own ghost hunt at HMP Shepton Mallet with Haunted Happenings, find out more here.
Tags:
ouija brothersparanormaltopicalshepton mallet

My Night Ghost Hunting In A Haunted Prison