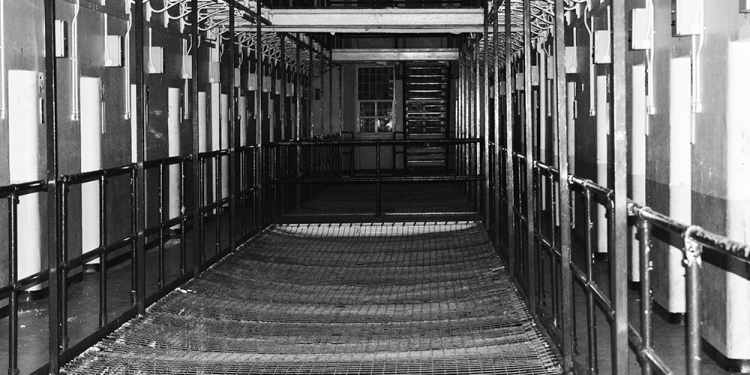 The grade II listed prison, also known as Cornhill, was home to almost 200 inmates serving the final years of their life sentences until its recent closure.
Since then, it's fast acquired the reputation of being the most haunted prison in the UK, with tales of phantom soldiers, disembodied voices, and the apparition of a woman in a wedding dress.
The prison dates back to 1625, originally men, women and children were packed into Shepton Mallet together, apparently in dreadful conditions. The cells held debtors, thieves, vagrants and people with mental health disorders. Poor amenities and primitive sanitation led to frequent outbreaks of ulcers, jaundice, asthma and venereal diseases.
With almost 400 years of detaining murderers, violent criminals and notorious gangsters, plus a history of brutal executions, cruel punishments, suicides, and countless dead in unmarked graves within the prison walls, it's no wonder HMP Shepton Mallet has gained this reputation.
Test your knowledge of the ghosts and hauntings associated with the now disused HMP Shepton Mallet with these ten tricky questions.

1. The ghost of a soldier has been witnessed in the prison, he's believed to have been part of an American army firing squad, but how did he die?

2. Captain Philip William Ryal committed suicide by jumping off the prison roof in 1914, his last words are said to echo around the yard, but what were they?

3. C-Wing is said to be haunted by the White Lady, who was wrongly sentenced to death, but what was the crime she was accused of?

4. When it closed, it was the oldest operating prison in the UK, but what year was this?

5. During its military use, what was the prison known as?

6. In 1967, the gallows in the execution block were removed, what did the hanging room become?

7. In the 1820s a large treadwheel was built in the prison, 40 men at a time were expected to tread the wheel for what purpose?

8. Which notorious gangsters served time in the prison?

9. Which of these areas is said to be one of the most paranormally active parts of the prison?

10. From 1991 up until its closure, what type of prison was HMP Shepton Mallet?