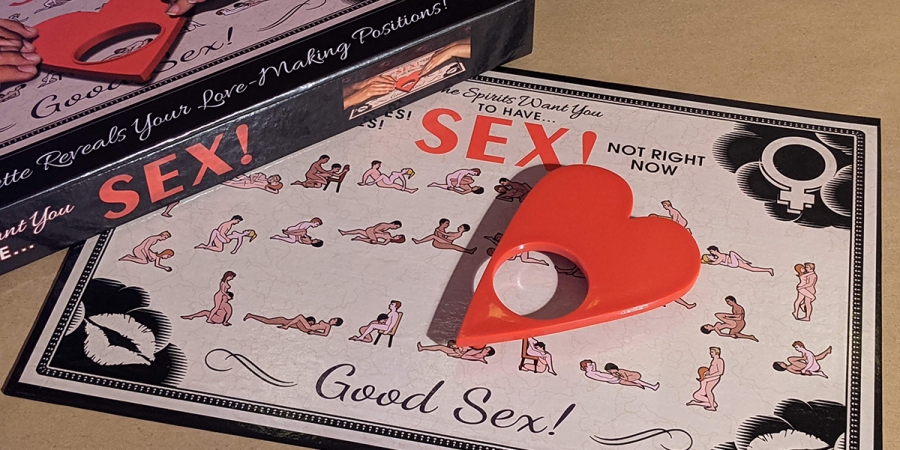 What do you buy that special someone this Christmas who loves the paranormal and is definitely on Santa's naughty list? Urban Outfitters have come to the rescue with a new naughty Ouija board aimed at couples.
"The spirits have spoken and they want you to have sex!" claims the box of this kinky creation from Kheper Games that hit shops this Christmas.
The board itself is a good size, well made and well packaged. Compared to other similar true Ouija boards, it's also very competitively priced at less than £15. You'd struggle to get a real spirit board of the same quality for the same price or less. Although this one would be much less use on most ghost hunts.
The novelty board comes with a red, heart-shaped planchette. The idea is that the spirits move the planchette across the board to reveal your love-making positions for that night.
The board would normally be used by a couple, but could also be a group activity, if that's your thing! The instructions tell players to start with the planchette in the middle of the game board and ask the spirits to help you figure out what sex position to try tonight.
If you're lucky, the planchette will start to move as the spirits guide your hands to one of the 27 erotic illustrations of a couple intertwined in the act of love. This is the position you'll be trying out tonight.
On a traditional Ouija board you find the words 'yes' and 'no'. In the case of 'The Spirits Want You To Have... Sex' board, these familiar words are replaced by the naughtier phrases, 'yes! yes! yes!' and 'not right now'. These yes and no answers allow players to ask kinky questions about the things they think their lover might like.
Once the board has suggested a position or screamed 'yes' to one of your naughty suggestions, the planchette should then be encouraged to move to the bottom of the board where you'd normally find the words 'good bye', but in the case of this board the text reads "good sex" and this is your permission to get it on. 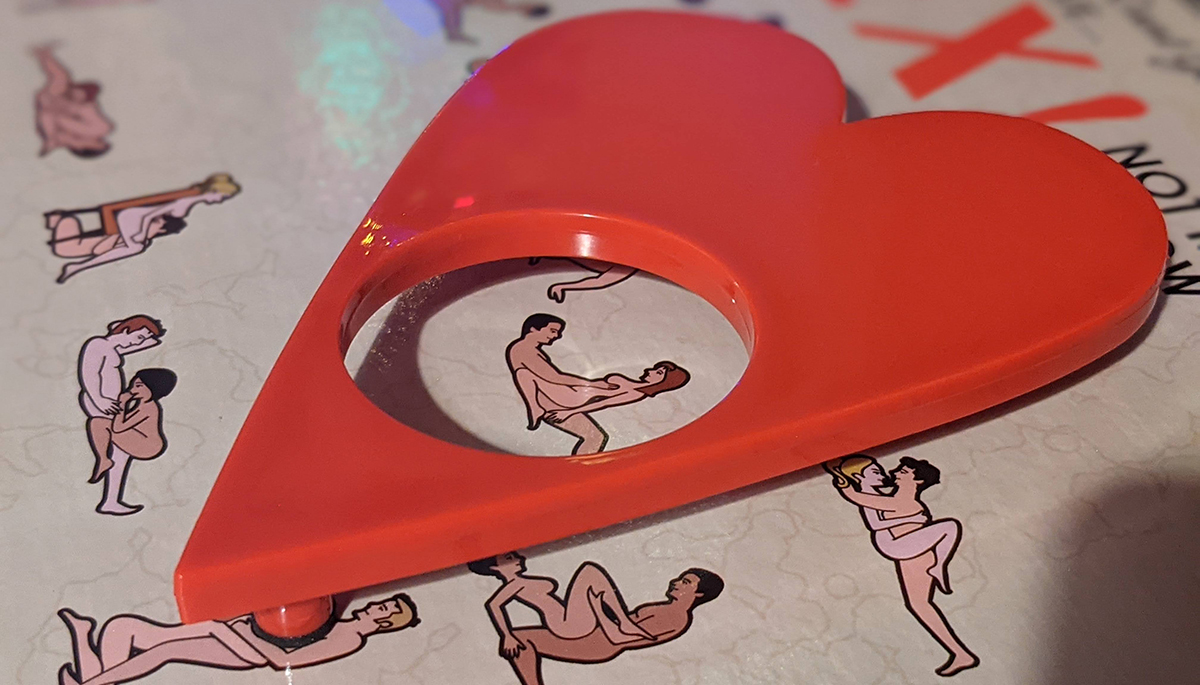 There are a few beliefs when it comes to Ouija boards. Some think that spirits of the dead are using their energy to slide the planchette around the board, which means it could be the resident spooks in your house choosing how you get your rocks off tonight.
Others say the Ouija boards are evil and call forth demonic entities. If this is true then you could be in for a very naughty night with the other half.
The other explanation of how Ouija boards work, the one subscribed to by skeptics, is that the planchette is actually being moved around by our own subconscious thoughts and subtle involuntary movements. Of course this could be very interesting given the board's intended use.
Although sold as a novelty item, the board may give couples away to subconsciously make a selection as they will the planchette to move to a symbol depicting a position they perhaps want to try, but are too embarrassed to suggest to their partner.
This spooky subconscious phenomenon known as the ideomotor effect by psychologists, relies on the participants being some what suggestible, so it may be that when the couple place their fingers on the planchette, nothing happens.
This opens the board up to another possibility. Cheating. After all, what's the harm if you're in for a sinful night anyway? The board could just as easily be used as the novelty it was intended to be and a couple could fight with their fingers to move the planchette to their favourite position or to win a sexual favour.
Tags:
paranormaltopicalouija

Are Ouija Boards Illegal In The UK?

Are Ouija Boards Safe Or Dangerous?