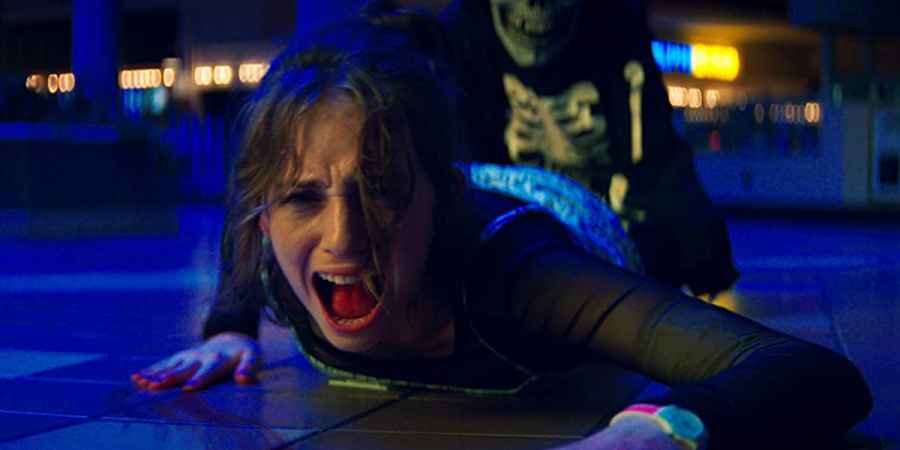 If you're impatiently waiting for the delayed upcoming season of 'Stranger Things', then Netflix has something perfect to pass the time. 'Fear Street' is a three-part movie trilogy based on the books of the same name by 'Goosebumps' author, R. L. Stine.
In the same way that the plot of Stephen King's 'It' is split across two different time periods in one town, the same is true of 'Fear Street'. The first of three movies is set in 1994, and like 'Stranger Things' relies heavily on pop culture references and music from that era, including Sophie B. Hawkins's 'Damn I Wish I Was Your Lover', Radiohead's 'Creep' and Prodigy's 1996 hit 'Firestarter'.
In the second film we're taken back to Shadyside in the 1970s, when the likes of Neil Diamond, The Runaways and Cat Stevens were dominating the charts.
The supernatural books the Netflix slasher series are based on have been hugely popular with fans of teen horror since the 1980s. Director Leigh Janiak has done a great job of re-imagining the series and making it accessible to fans of the original series and beyond.
Originally it was planned that each of the films would be given a cinema release, starting with the first in the series in June 2020, but like many other plans, this was change due to the COVID-19 pandemic.
Netflix acquired the distribution rights to the 'Fear Street' trilogy towards the end of 2020, and chose to release the trilogy over three consecutive weeks in the summer of 2021, starting on July 2.

'Part One: 1994' dropped on the streaming platform at the beginning of July. The one-and-three-quarter-hour-long film gives off strong 'Stranger Things' vibes as it tells the story of a series of brutal slayings, including the killing of a typical 90s mallrat. A group of teenage high school misfits take on the ancient evil force that has plagued the notorious town of Shadyside for centuries and is responsible for the murders.

In 'Part 2: 1978', which was added to Netflix on July 9, we travel back to Shadyside in the 70s, where school is out for summer and the activities at Camp Nightwing are about to begin, but when another Shadysider is possessed with the urge to kill, the fun in the sun becomes a gruesome fight for survival.

The third instalment, which premiered on July 16, finally reveals the origins of Shadyside's curse as history comes full circle on a night that changes the lives of the townsfolk forever.