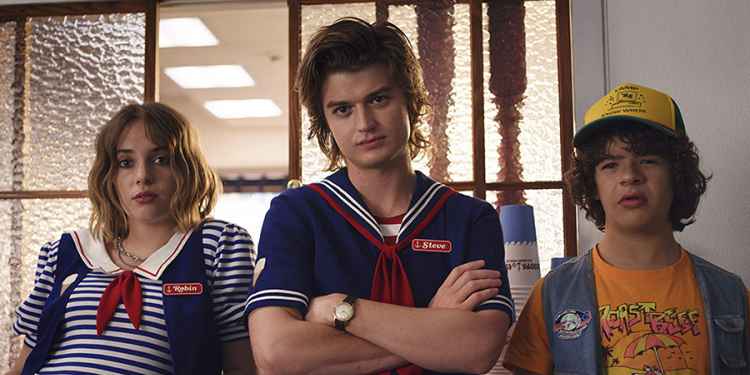 Like the rest of the right-thinking world, we can't wait for Stranger Things Season 3 to appear as if by magic on our TVs. Yes, it's well under a month until July 4th . The Higgypop team will be digging deep into the episodes and exploring the music, the film references, the monsters, whatever we can get our hands on. In the meantime, another popular TV series has had everyone talking, and also theorising how it might be linked up to Stranger Things.
Reddit user Singular94 has posted a theory that he thinks Stranger Things will ultimately be connected to Chernobyl. If you haven't been watching the series, it tells the horrifying true story about a nuclear power plant undergoing a catastrophic explosion, fire and meltdown in 1986. If you weren't around at the time, the radiation was traced around the world. In the UK farm animals had to be slaughtered for fear they'd ingested grass with high levels of radiation. The disaster is believed to have caused the immediate deaths of up to 54 people, but those who died from cancers in the longer term are estimated at anywhere up to 93,000 people!
So how is this linked to Stranger Things? The theory goes that Stranger Things SEASON 4 (we must remain hopeful, right folks?) will be set in 1986, the year of the Chernobyl disaster. And that perhaps Chernobyl was actually a Russian lab similar to the one in Hawkins.

Whilst initially a neat idea, there's a couple of things we think rule this out.
Namely, Stranger Things is fun. Scary at times, emotional too, but at its heart it's fun. It's a gang of kids facing challenges and using the strength of their friendship and shared experiences to help overcome apparently insurmountable odds. It's a fairy tale but set in a world we all know – either through living through those times or through the films, music and TV shows of the 80s that we've all seen. To bring one of the world's biggest disasters that caused suffering to thousands makes no sense. We could see how you could touch on real world events, and we've seen that before in Stranger Things, so in 1986, you could include the Challenger shuttle disaster as a plot point. But claiming the Chernobyl meltdown was caused by forces unleashed from another dimension does the deaths of all those people a disservice.