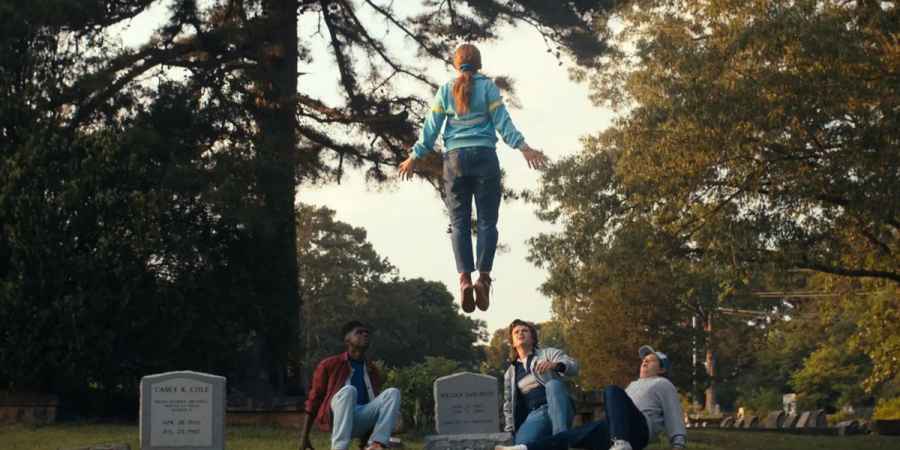 Photo: © Netflix
With just over a week until the fourth season of 'Stranger Things' concludes on Netflix, it's time to remind ourselves what happened in the first half of the season.
'Stranger Things' returned to Netflix on May 27 with seven new episodes, which made up volume one of the season, but there's more to come. If you binge watched volume one a month ago, you might need a little refresher before diving into volume two.
Luckily, Netflix have put together a volume one recap, plus recaps for each of the seasons to date to remind us of the story so far. You can watch the recap of season one here, season two here, season three here, or if you're ready, watch the season four volume one video below.

The new episodes of 'Stranger Things' follow the adventures of a gang kids, which includes Elven, Mike Wheeler, Dustin Henderson, Will Byers, Max Mayfield, Steve Harrington. In season four they are faced with a new threat from the Upside Down, a murderous dark entity known as Vecna.
You can also check out this Volume One recap brought to you by the cast of the show themselves...

The fourth season of 'Stranger Things' concludes with its two final episodes next week and Netflix have just dropped the official trailer to get fans excited.
'Stranger Things' returned to Netflix on May 27 with seven new episodes, which made up volume one of the season, but there's more to come and today fans got a taste of what to expect from the season's conclusion.
The epic two-part season finale will premiere on Friday, July 1 only on Netflix. The dark trailer is set to the haunting sound of Kate Bush's 1985 track 'Running Up That Hill', which has topped the UK singles chart since being featured in the first part of the fourth season of Netflix's hit supernatural series.