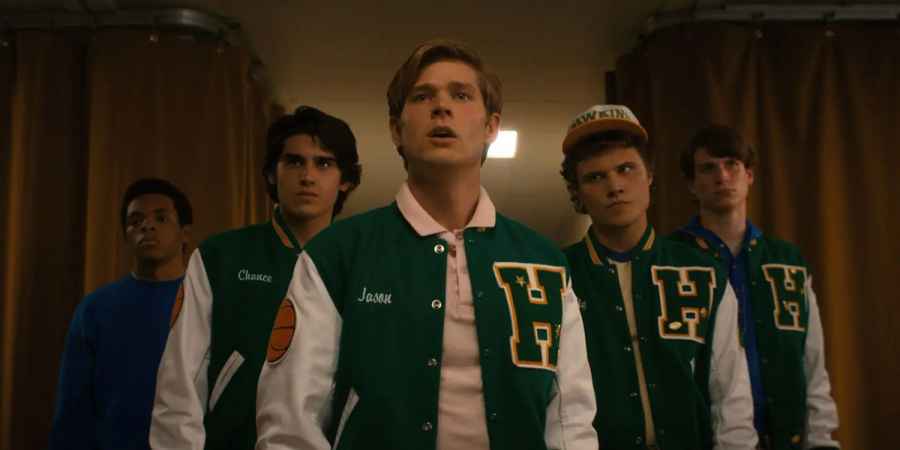 Photo: © Netflix
You've made it to the penultimate episode in the first volume of #StrangerThings 4, but can you remember everything you've seen so far? There's nine new episodes in total to work through, but how much can you remember about the new season's sixth episode, 'The Dive'? Test your knowledge with this tricky Stranger Things season four trivia quiz.
Behind the Iron Curtain, a risky rescue mission gets underway. The California crew seeks help from a hacker. Steve takes one for the team.

1. What type of creature falls victim to Vecna at the start of the episode?

2. What are Steve and Dustin eating in the back of Nancy's car?

3. Where do Will, Jonathan and the others travel to see Suzie?

4. Argyle experiences love at first sight at Suzie's house, but who is the object of his desires?

5. What is Suzie doing when the gang find her?

6. A version of which retro game does Eleven try to influence with her mind?

7. What does Hopper drink during the meal at the prison?

8. We see Steve and Dustin trekking north through the forest to meet up with Eddie, but where were they heading?

9. Dustin is wearing a promotional t-shirt throughout this episode advertising which event?

10. The police chiefs briefing in the town hall was interrupted by who?

11. How does Erica describe the Hellfire Club during the police briefing?

12. Which of these posters is NOT on display on Suzie's bedroom wall?

13. Where does Dustin find a gateway to the Upside Down with his compass?

15. What did Hopper steal from the Russian prison guard during a fight?

16. Who dives into the lake in search of the gateway to the Upside Down?

17. What's lying around the bottom of the lake around the opening to the Upside Down?

18. What is the reward offered by Dr. Brenner for winning the circle standing challenge?

19. What song is playing when the gang discover Argyle and Eden in the back of the pizza van?

20. The computer Suzie uses to hack the Nine Project is an early version of what make of computer?