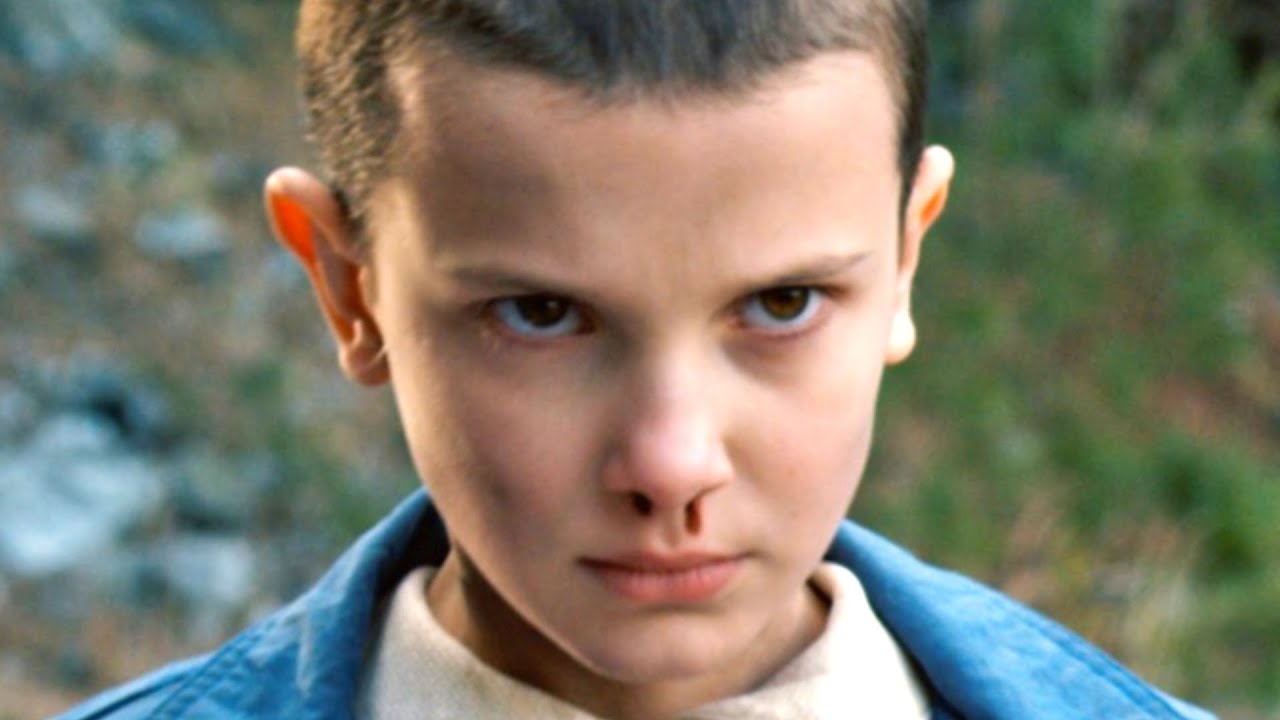 Stranger Things first appeared on Netflix in 2016 with eight gripping episodes set in Hawkins, Indiana. The supernatural show is loved for the way it takes us back to some of the most memorable and iconic 80s family movies that we watched over and over as kids.
Below you will find a complete list of episodes from all four season of the show, including synopsis, and links to episode guides, breakdowns on 80s homages, music playlists, trivia quizzes and games. 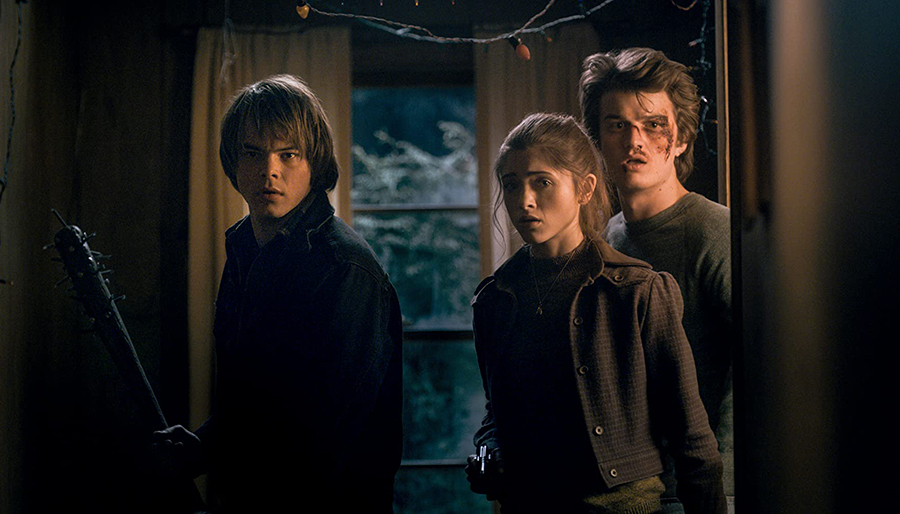 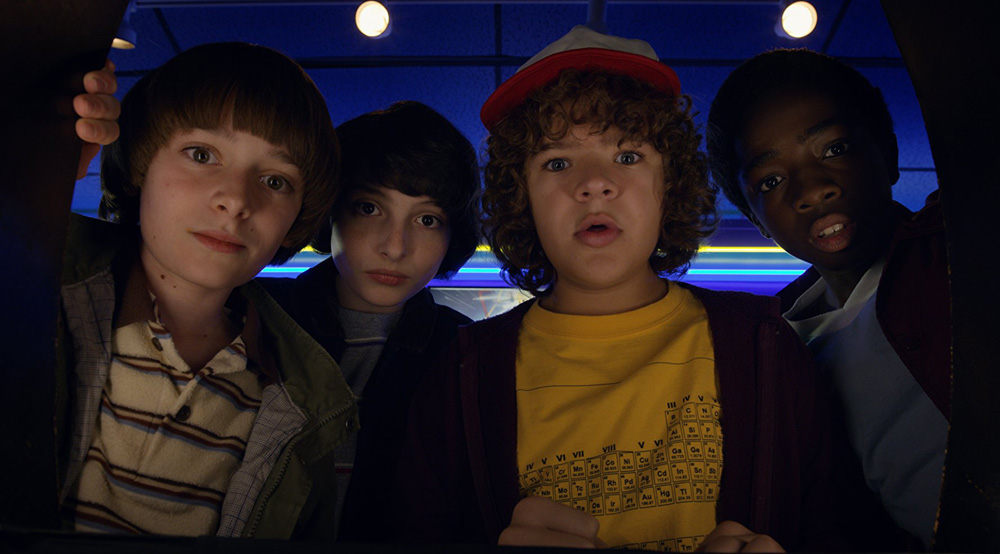 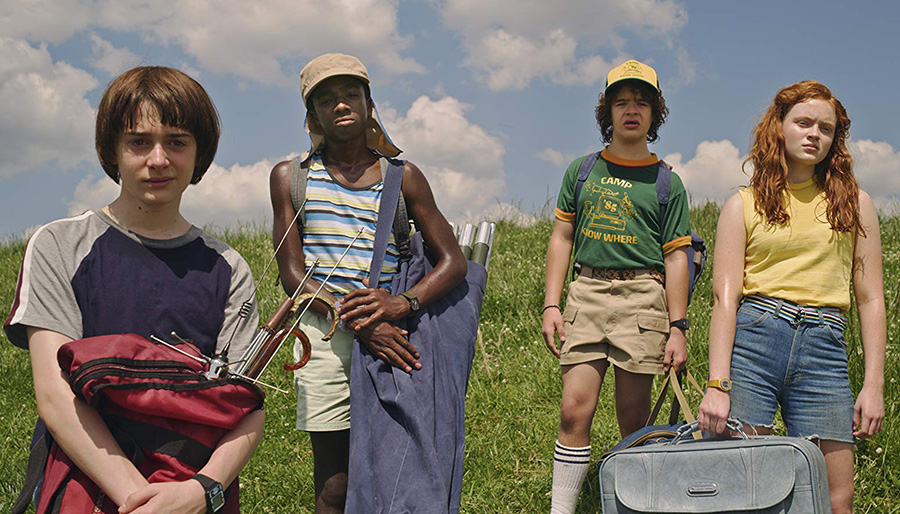 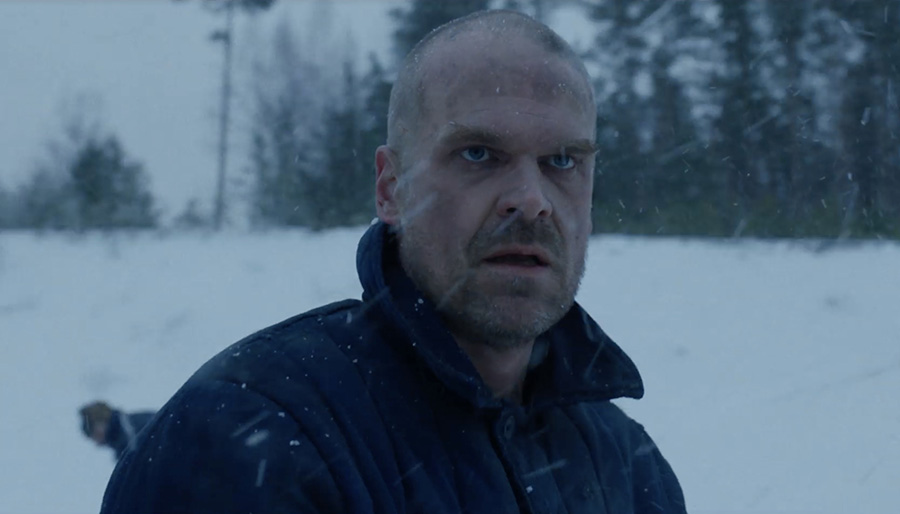 Photo: © Netflix
Chapter One: The Hellfire Club
Eleven is bullied at school. Joyce opens a mysterious package. A scrappy player shakes up D&D night. Warning: Contains graphic violence involving children.
Quiz • Music
Chapter Two: Vecna's Curse
A plane brings Mike to California — and a dead body brings Hawkins to a halt. Nancy goes looking for leads. A shaken Eddie tells the gang what he saw.
Quiz • Music
Chapter Three: The Monster And The Superhero
Murray and Joyce fly to Alaska, and Eleven faces serious consequences. Robin and Nancy dig up dirt on Hawkins' demons. Dr. Owens delivers sobering news.
Quiz • Music
Chapter Four: Dear Billy
Max is in grave danger... and running out of time. A patient at Pennhurst asylum has visitors. Elsewhere, in Russia, Hopper is hard at work.
Quiz • Music
Chapter Five: The Nina Project
Owens takes Eleven to Nevada, where she's forced to confront her past, while the Hawkins kids comb a crumbling house for clues. Vecna claims another victim.
Quiz • Music
Chapter Six: The Dive
Behind the Iron Curtain, a risky rescue mission gets underway. The California crew seeks help from a hacker. Steve takes one for the team.
Quiz • Music
Chapter Seven: The Massacre At Hawkins Lab
As Hopper braces to battle a monster, Dustin dissects Vecna's motives — and decodes a message from beyond. Eleven finds strength in a distant memory.
Quiz • Music
Chapter Eight: Papa
Nancy has sobering visions, and El passes an important test. Back in Hawkins, the gang gathers supplies and prepares for battle.
Quiz • Music
Chapter Nine: The Piggyback
With selfless hearts and a clash of metal, heroes fight from every corner of the battlefield to save Hawkins — and the world itself.
Quiz • Music