Stranger Things 3: The Battle of Starcourt

Have you made it through all eight new episodes of Stranger Things yet? If so, how much can you remember about the final episode, 'The Battle of Starcourt?' Test your knowledge with this tricky Stranger Things season three trivia quiz. 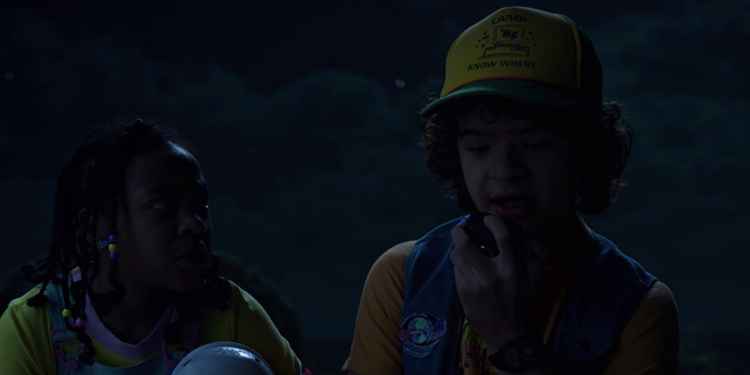 1. What did Joyce use to turn the two keys simultaneously that shutdown the Russian's attempts to open the gateway?

2. After realising that she might have lost her powers, what does Eleven test them on?

3. The code for the key safe in the secret bunker is which famous scientific number?


4. We finally get to meet Suzie in this episode, but where in Utah does she live?

5. Through which store in Starcourt mall do the kids escape the monster?

6. After the battle at the mall, where do Steve and Robin try to get a job?

7. Which of this is NOT one of Steve Harrington's top three movies of all time?

8. Who appears to be leading the US Army's raid on the Russian bunker?

9. What song do Dustin and Suzie sing together over ham radio?

10. Where in Russia do we see a demodog being help captive by the Russians at the end of the episode?