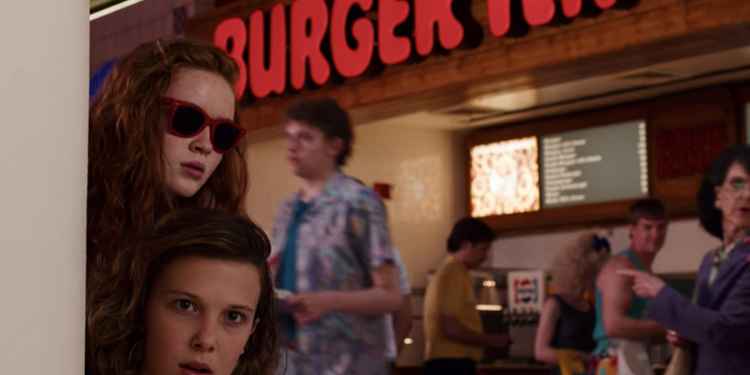 While Max treats Eleven to a makeover at Hawkins' brand new Starcourt Mall, Steve and Dustin enlist the help of Robin, his workmate from Scoops Ahoy! ice cream shop, to crack the Russian code. Meanwhile, Nancy and Jonathan follow up a mysterious lead and come face-to-face with a diseased rat.
Spotted any 80s references in Stranger Things season three we've missed out? Let us know in the comments at the bottom of the page.

Although neither an 80s film, it was released in 1995, nor a horror or sci-fi, this is very much a comedy, Mallrats is about the relationships between a group of college age 'young folk' who happen to spend most of their waking lives in their local mall.

80s Alert: Opening in the steelworks with Billy

It seems that something akin to an Alien facehugger has attacked Billy. Also, the fact that he's been cloned has a slight Invasion of the Body Snatchers about it. This classic sci-fi, made originally in 1956 band then remade in 1978, 1993 and 2007, features humans being replaced by alien clones of themselves.

Buoyed up with his success at splitting up Mike and Eleven, Hopper is driving and singing along to 'You Don't Mess with Jim' from Jim Croce. Got to the top of the charts in the USA in 1974, so we can assume this is a popular track of Hopper's from when he was younger.

Nancy being called 'Nancy Drew' at the Hawkins Post is a reference to a popular fictional American amateur sleuth, first appearing in a series of books ghost written by 'Carolyn Keene' in the 1930s, the series has been adapted into films and TV series including a forthcoming series due to land in 2019. There was a very popular Nancy Drew TV series from 1979 which might be why this character would still be well known in mid 80s Hawkins.
Also calling her Nancy Drew references the fact she's interested in stories and 'getting to the truth'!

This 1982 hit plays during the Mall montage and is taken from Vacation, the second album from all-female American new wave band The Go Go's. Members of the band included Belinda Carlisle who went on to a huge solo success in the 80s and Jane Wiedlin, who also had a big hit with Rush Hour in 1988.

While Max is trying to skateboard Gunpoint Affection by Black Market Baby plays, taken from the 2006 album Coulda… Woulda… Shoulda.

In the basement where Mike is despairing about Eleven. Whilst the path of true love never runs smooth, on the wall we can see a poster for one of the greatest horror films ever, The Thing. Directed by horror genius John Carpenter and starring Kurt Russell, the film is based around a team of scientists in the Antarctic having to deal with a murderous, shape-shifting alien.

At the pool, Karen Wheeler is looking for Billy. This electro-pop ditty comes courtesy of Altitude Music, Matter of Love. 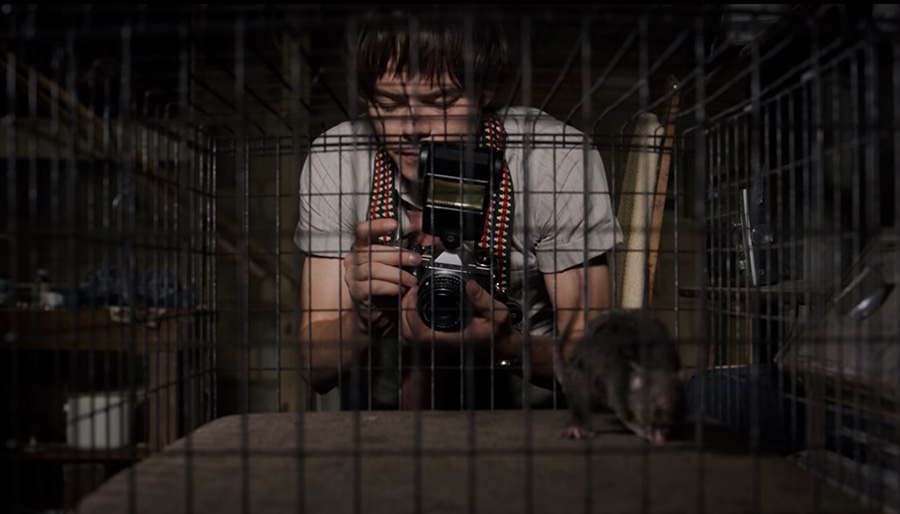 The appearance of swarms of rats in this season of Stranger Things could be a reference to the worldwide selling horror novel The Rats, and a follow up series of books, from British horror writer James Herbert. The books, the first of which was published in 1974, dealt with a series of flesh-eating, over-sized rats, but the books continued to sell around the world through the 80s and 90s.
The exploding rats look a bit like a reference to the classic sci-fi film The Blob.

When the casting of Cary Elwes was announced last year, 80s film fans went into meltdown. Perhaps best known for his role as Westley in 80s classic The Princess Bride, Cary also popped up in the Top Gun spoof Hot Shots as a rival pilot to Charlie Sheen, and appeared in the Tom Cruise starring Days of Thunder, in Bram Stoker's Dracula alongside Keanu Reeves and more recently in the first instalment of the Saw horror series.

Larry Kline, the seemingly sleazy mayor who'd like Hopper to clear away the protestors, seems somewhat related to the mayor of Amity in Jaws. In the 1975 film helmed by Steven Spielberg, the mayor, Larry Vaughn, urges the local police chief to keep the beaches of the town open during the busy holiday season as it's 'good for business' despite swimmers being bumped off by the toothsome titular shark.

Music: Andrea Litkei and Ervin Likei – 'Too Late for Tears'

Whilst Joyce is swotting up on her physics with a pile of books on electromagnetism on the counter of the seemingly deserted shop she works in, this track is playing the background. 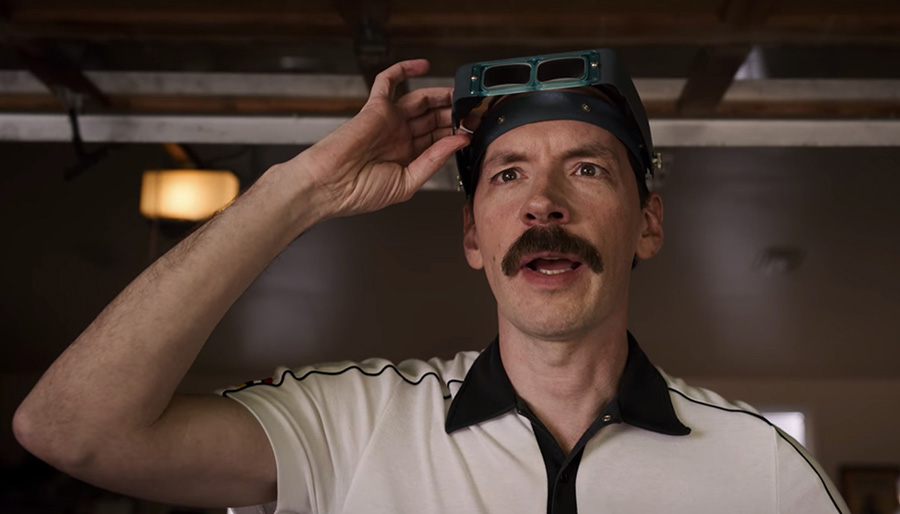 When Joyce arrives at Mr Clarke, the teacher's, house Weird Al is playing. Weird Al was responsible for a string of comedy/parody songs in the 80s. His two most famous tracks are probable Eat It, which rips off Beat It by Michael Jackson, and Fat, which parodies Bad by, yes, Michael Jackson. Having said that, he's released over 150 parody tracks in his career and Mr Yankovic is still going strong.
My Bologna, which rips off My Sharona by The Knack – released in 1979, a track which itself features in J.J. Abrams Spielberg inspired 2011 film Super 8, was released originally in 1979 to cash in on the success of The Knack's My Sharona, but it was re-recorded and released again in 1983.

80s Alert: Back To The Future

Could Mr Clarke, the teacher, having a model of his home town set up in his garage be in any way a reflection of Doc Brown having a similar model in Back To The Future?? (Add 'rubs chin emoji' here)

Whilst Nancy on the phone to rat exterminators that old school dance band track you can hear is Bosworth's Ballroom Orchestra playing Beautiful, Lovable.

Okay, everyone knows the song that plays during Eleven's makeover at the mall, Madonna's Material Girl. Released as a single in 1985, it appeared on her 1984 album Like a Virgin. It's one of her earlier singles that really helped establish her as a global star. The producer was Nile Rogers, originally of Chic, but famous for his production with everyone from Bowie to Daft Punk. The video to Material Girl is a tribute to one of Madonna's favourite films, Gentlemen Prefer blondes, which starred Jane Russell and Marilyn Monroe. Madonna styled her appearance on in the video on Monroe.

After Eleven dumps Mike, we see Hopper arresting the protestors and there's a second appearance for the soft-rock balladeers in this season of Stranger Things, this 1977 and is taken from their eponymous album also of 1977.

Hopper's new shirt is inspired by his earlier watching of Tom Selleck in Magnum PI.

Music: 'In The Woods'

Whilst Joyce learns how electromagnets work there is more incidental music from Kyle Dixon and Michael Stein, this track is In The Woods.

Hopper drunkenly leaving the restaurant. "I can do anything I want, I'm the chief of police" is word for word what Chief Brody, played by Roy Scheider, says in Spielberg's 1975 Jaws.

On To Chapter Three