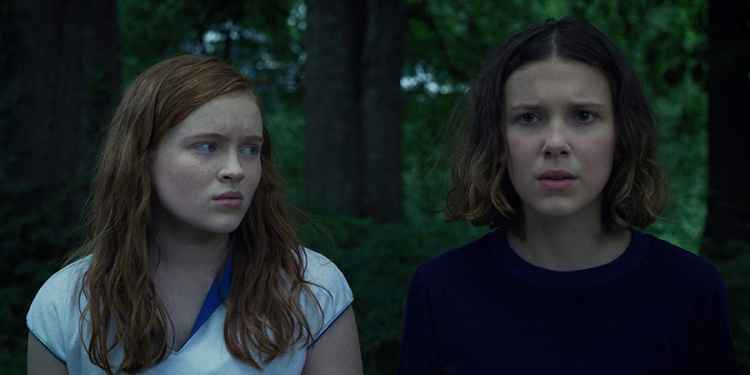 40.7 million household accounts have been watching the show since its July 4 global launch — more than any other film or series in its first four days. And 18.2 million have already finished the entire season.

Nielsen, a research company that produces ratings for the television industry, say that in the US alone 19.17 million viewers watched the first episode between July 4th and 8th - and that's only counting views on a television, not laptop, tablets or phones. For comparison, the premiere of the latest season of 'Game of Thrones' brought in 17.4 million viewers.
To put that into perspective, The Hollywood Reporter says that this would make Stranger Things the second most watched program during that time period, behind the Women's World Cup final.
Nielsen's research found that 824,000 people watched the entire third series on July 4th, the day it premiered.
Probably the weirdest statistic to come out of the research is that 1.35 million viewers skipped episode seven entirely and jumped straight to the season finale. Who even does that?
As season three clearly out performed the previous season, it now seems more certain than ever that Netflix will soon confirm that there will be a forth season. We're expecting an official announcement soon.