List Of 80s References In 'The Bite' - Stranger Things 3, Episode 7 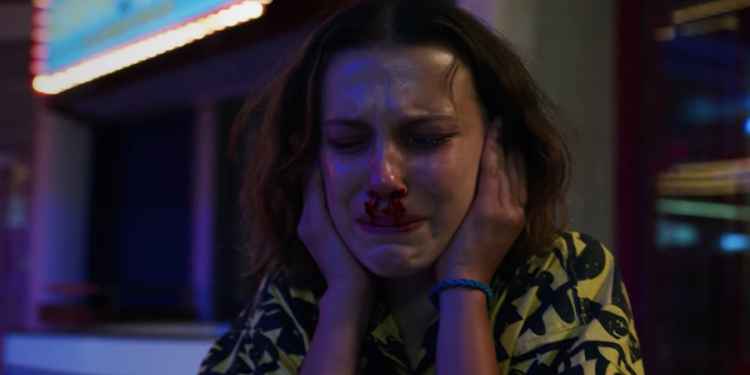 While the town of Hawkins celebrates the 4th July, Eleven and the rest of the kids are preparing for war at the Starcourt Mall. Meanwhile Hopper narrowly avoids being killed by a Russian assassin at the Roane County Fair, but Dr. Alexei isn't so quick to dodge the bullet.
Spotted any 80s references in Stranger Things season three we've missed out? Let us know in the comments at the bottom of the page.

You watch it so many times, and you've probably getting in the habit of clicking 'Skip Intro', but next time, maybe pause and pay a bit more attention during the credit sequence. Like most modern titles, the ones for Stranger Things were created digitally, but they've deliberately downgraded the animation and added some errors to give it an 80s feel and make it look like the titles were created optically, which is how they would have been made way back then. If you look closely, you'll see the red titles are slightly grainy, and you'll see little spots of white light flickering on the black background to give the indication that dust particles got on the film. All added digitally for that authentic 80s flavour.
The font used for the main titles is ITC Benguiat which was used on the covers of a lot of Stephen King horror novels in the 1980s, and also for the original sequence of Star Trek films.

Playing at the funfair at the start of the episode is R.O.C.K. in the U.S.A. taken from John Mellencamp's 1985 album Scarecrow, the single, released in 1986, got to the number 2 spot in the US charts, whilst hitting 67 in the UK charts. It's fair to say Mellencamp's particular brand of heartland rock, obsessed with the blue collar concerns of middle America, hasn't really translated that well outside the US, possibly because a lot of the same themes are touched on, arguably to a much better degree, by Bruce Springsteen, and even Tom Petty and the Heartbreakers.

The marching band music playing whilst the Mayor opens the fair is Semper Fidelis March by US Marine Band. 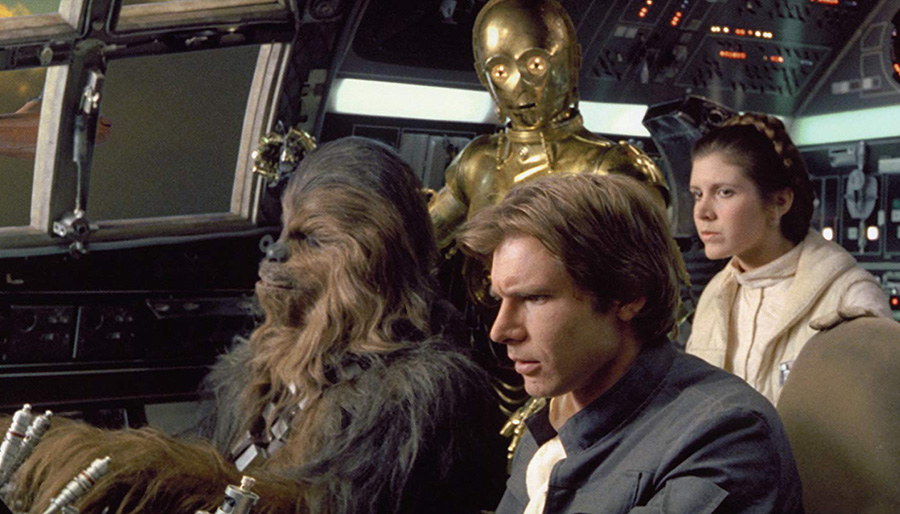 There are fireworks bursting above the trees at the county fair. There's a similar sequence at the end of Return of the Jedi, the 1983 Star Wars film, as a celebration for the rebels and Ewok beating the Empire.

Yes, we could be thinking of the 2012 horror film called, er, Cabin in the Woods, but no, we're thinking about The Evil Dead (1981), and the sequel, Evil Dead II (1987) from director Sam Raimi. Both are mostly set in a remote cabin in the woods and feature a mixed group of young men and women attacked by demonic forces unleashed from a book from hell!
Nancy and Jonathan getting tooled up with weapons is very Sam Raimi, it could only be bettered if they'd grabbed chainsaws. There's even a deer head trophy on the wall, one became possessed in Evil Dead II and started talking.

The way the 'arm/tentacle' of the Mind Flayer came through the window and snaked around reminded us of the ground-breaking digital effects in the 1989 film The Abyss, where a water-based alien snakes a tentacle through a submarine to communicate with humans. It doesn't sound like much by today's standards, but the effort required to produce the first computer animated character to show emotion won the team an Oscar.

Bits get cut off the mind flayer and they run off. This is very Evil Dead II. In that film, a hand becomes possessed forcing the owner of the hand to chop it off. The hand then runs off.

80s Alert: Back To The Future 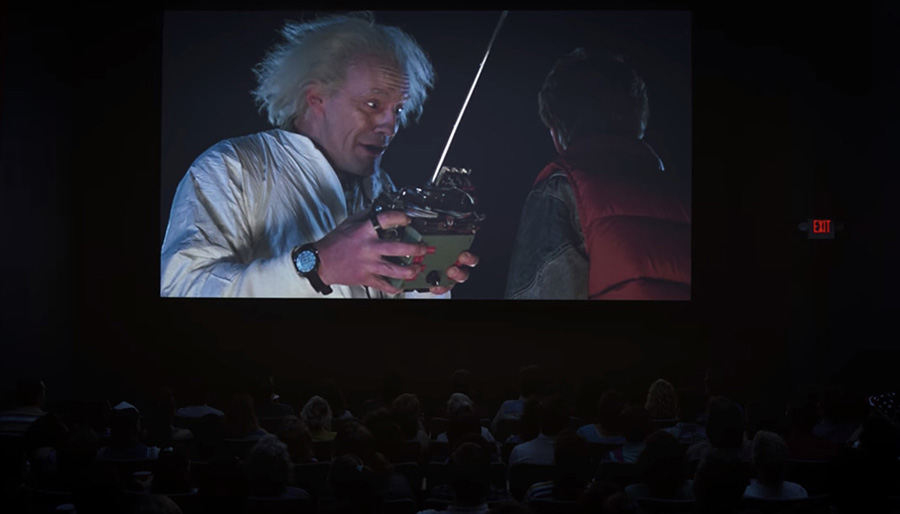 Back to the Future playing in the cinema. What do we need to tell you about this 1985 Robert Zemeckis time travel film? Hopefully nothing, Mcfly!

Dustin and Erica discussing 'Oswald' in the cinema. They are of course referring to Lee Harvey Oswald, the man most people believe was responsible for the assassination of JFK, and event that is perhaps on par with the attack on Pearl Harbour and the 9/11 attacks for the impact it has had on modern America. Conspiracy theories are still being discussed about who killed Kennedy and why, Dustin seems to think he was set up while Erica disagrees, but it is a fact that Oswald was arrested after hiding out in a movie theatre on the afternoon of the assassination and having also shot and killed a policeman whilst on the run. Erica really is a politics nerd!

As previously noted, the two man, two keys rule was a critical scene in the 1983 cold war film Wargames. 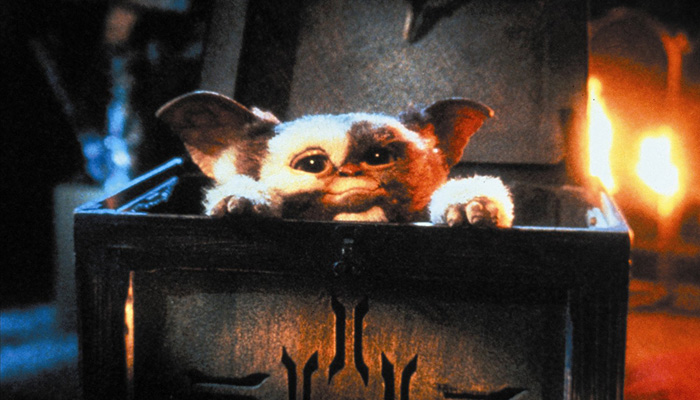 When Eleven being bandaged in the Big Buy, over her shoulder are packets of ZipLoc sandwich bags carrying a Gremlins promotion. Gremlins is the 1984 Joe Dante film about how a bunch of murderous monsters try to take over a small American town, sounds familiar?

When Mike talks to Eleven in the supermarket aisle, Blank Makes Your Crazy by Kyle Dixon and Michael Stein plays. 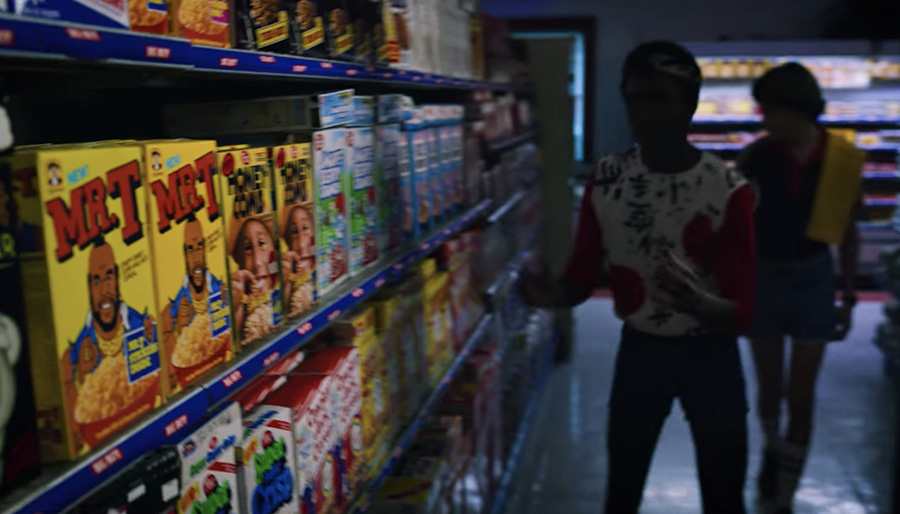 We lack the necessary product knowledge to pick up on every 80s reference in the supermarket, but we spotted boxes of Mr T cereal on the shelves. Mr T played BA Baracus in the television series The A Team, which would have been at its peak in 1985, running from 1983 – 1987 and lasting for 98 episodes. We love it when a plan comes together.

When Dustin is on the walkie talkie telling Mike that the Russians have infiltrated has an echo of the 1984 film Red Dawn, which tells the story of a Russian invasion of the USA, and how a gang of schoolchildren attempt to fight them off.

There are several film posters in the cinema foyer – all released, of course in 1985.
Back to The Future: Directed by Robert Zemeckis
Pee Wee's Big Adventure: Starring Paul Reubens in Tim Burton's directing debut.
Day of The Dead: The George A Romero zombie classic.
The Black Cauldron: An animated Disney film loosely based on Welsh mythology. Don't tell us you haven't seen it?
On the displays showing what is currently screening we can see Back To The Future and Cocoon, the Ron Howard directed aliens disguised as old people film.

Music: 'The Ceiling is Beautiful'

Drugged Steve and Robin are staring at the ceiling to the sound of The Ceiling is Beautiful by Kyle Dixon and Michael Stein.

When he spots Hopper, Mayor Kline runs to his car to ring the 'commie bastards'. His first generation analogue phone would only have been introduced in 1983 at the earliest, and would have been hugely expensive. These early phones, many of which were built by Motorola, were nicknamed bricks. They had very poor coverage, dreadful reception, and phone calls were massively expensive. You would only expect senior politicians, staff or rich business people to have mobile phones in this era.

Lucas drinks New Coke and equates it to Carpenter's The Thing. We've already picked up on both these themes, but New Coke was a failed attempt by Coke to boost market share by launching a reformulated version of their standard Coke, they ditched it after a few months. The Thing is the 1982 horror film from John Carpenter about a shape shifting alien taking over and attacking Antarctic scientists, which is a remake of the 1951 horror film The Thing from another World. 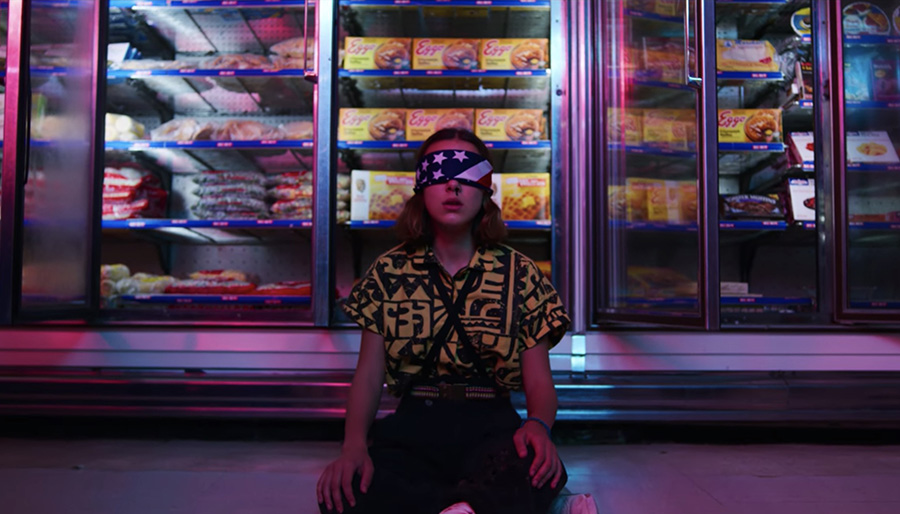 When Eleven is by the fridge in the Big Buy we she shelves of her favourite Eggo waffles behind her.

There are two songs from the original soundtrack by Kyle Dixon and Michael Stein when Steve and Robin talking in the bathroom, You're a Fighter and The First I Love You.

When Steve and Robin discussing Robin's love interest Tammy, they do an impression of her singing Total Eclipse of the Heart performed by the Welsh warbler Bonny Tyler and released in 1983. It was a global hit, reaching number 1 in the UK, the USA, Canada, Australia, South Africa, Ireland, New Zealand and, er, Norway.

Also showing at the cinema in Hawkins in July 1985 were:
Daryl - or D.A.R.Y.L. which stands for Data-Analyzing Robot Youth Lifeform, is a  science fiction film about an artificially intelligent robot who happens to look like an ordinary ten-year-old boy.
Fletch – An action comedy starring Chevy Chase as a Los Angeles based reported called, yes, Fletch.
Return to OZ – An unofficial sequel to the 1939 film The Wizard of Oz, it's a bit of a mess of a film and performed very badly at the box office. Well, if you're up against Back To The Future, what would you rather go and see.
The Stuff – A low budget science fiction horror film.

Just a quick note to UK readers. Although the residents of towns like Hawkins had malls, with multi-screen cinemas, these were practically unheard of in the UK in 1985. In fact, the first multiplex in the UK only opened in the UK in November of 1985, four months after this season of Stranger Things is set, at The Point, in Milton Keynes. This had ten screens, most cinemas in the UK up to this point had one or maybe two screens. Smoking would be allowed, you might have the odd Space Invaders game in the lobby, and the choice of drinks and snacks was pretty limited.

The big Russian survives multiple shootings, just another reason why he's Stranger Things own version of The Terminator.