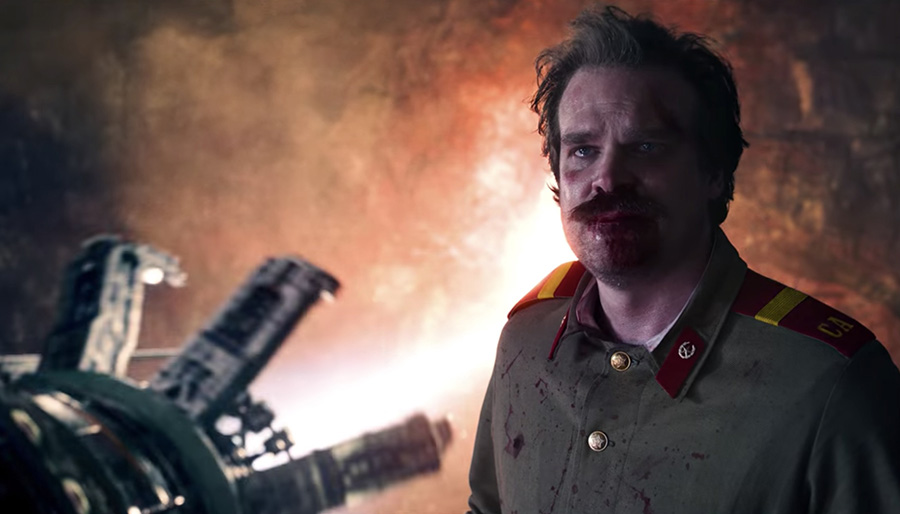 Jim Hopper is one of Stranger Things' best loved characters having been protecting the town of Hawkins since the very first episode of season one. Sadly, it looks like he may have met his match in the season three finale, but some fans are wondering if all is as it seems.
The apparent death of Hopper made for an emotional ending to episode eight and came about after he and Joyce bravely fought their way into the Russians' secret bunker under Starcourt Mall. Their mission was to try to put an end to the Russians' attempt to re-open the gate to the deadly realm that is the Upside Down.
The duo had managed to get all the way to the main chamber of the bunker where the Russians' huge particle accelerator-like electromagnetic weapon was carving a portal into the rock below the town. Just as they were about to shut the experiment down Hopper was jumped by a Russian assassin who dragged him into the line of fire.
Joyce had no choice but to shut the experiment down, which resulted in a fatal explosion that killed several of the Russian scientists in the chamber, as well as Hopper. At the end of the episode we're taken three months forward in time and are shown local news reports that confirm that Hopper had been killed in the line of duty... or so it seemed. 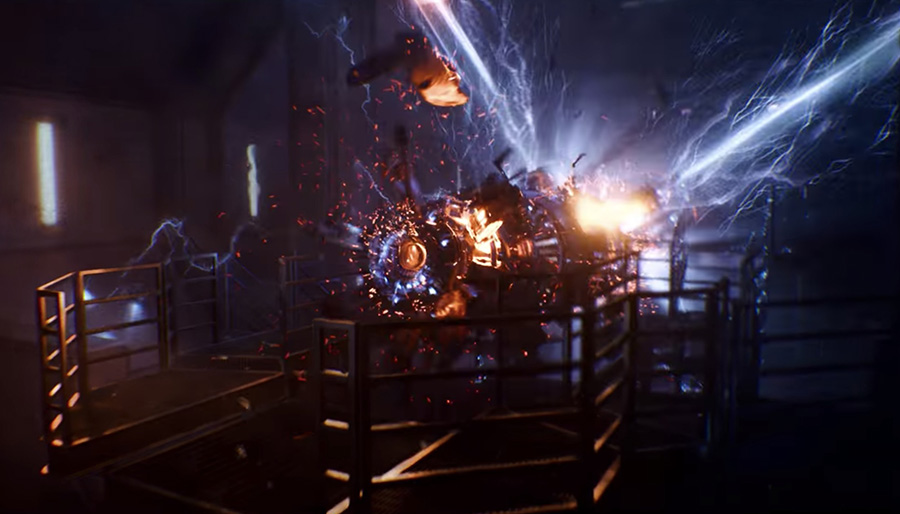 The reason some fans are doubting what they have seen is because we saw a similar explosion in the opening minutes of the new season. In this first explosion, which took place in a base in Russia, several scientists were killed and their gruesome-looking remains were left on the floor of the lab. After Hopper is seemingly killed by the explosion, Joyce runs over to the spot where he was stood and there are no remains to be seen.
During the final explosion we see the Russian scientists being blown apart, but we don't actually see what happened to Hopper due to the angle of the shot. Perhaps the producers were saving us from the pain, or perhaps they were covering their tracks. 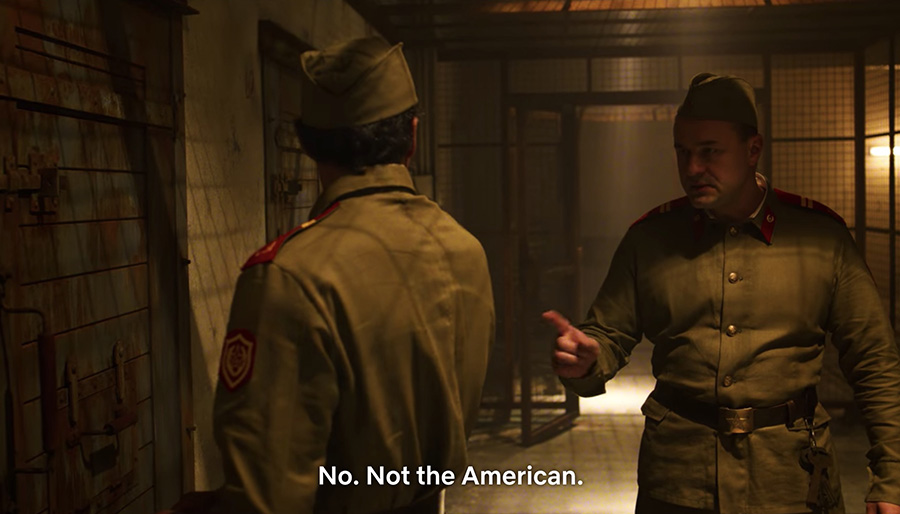 That's not all the clues. In the episode's post-credit sequence we see inside another secret bunker in Kamchatka, Russia where two guards in military uniform drag a prisoner from a cell and feed him to a demogorgon that they are holding captive in the base.
As one of the guards goes to open a cell door, the other says to him "No. Not the American," revealing that the Russians have an American prisoner in captivity.
We saw the fate of every other notable American character in the series, so this means that Hopper could have ended up in a Russian military prison and here's how... Remember that assassin? Well, what if in the final few seconds they stopped fighting and he dragged Hopper to safety and put him under military arrest.
Hopper could have then been secretly deported from the US so that the Russian's could keep an eye on him, or perhaps even exploit his expertise and knowledge of the American's experiments with the Upside Down at Hawkins National Laboratory.
It all makes sense, but we're going to have to wait until season four to find out, and as yet there is no expected dated for its return.
Check out our Stranger Things Episode Guides, test your knowledge with our Stranger Things quizzes on every episode and read about the music from Stranger Things.