Have you made it to episode seven of Stranger Things 3 journey yet? There's eight new episodes to work through, but how much can you remember about the new season's seventh episode, 'The Bite?' Test your knowledge with this tricky Stranger Things season three trivia quiz. 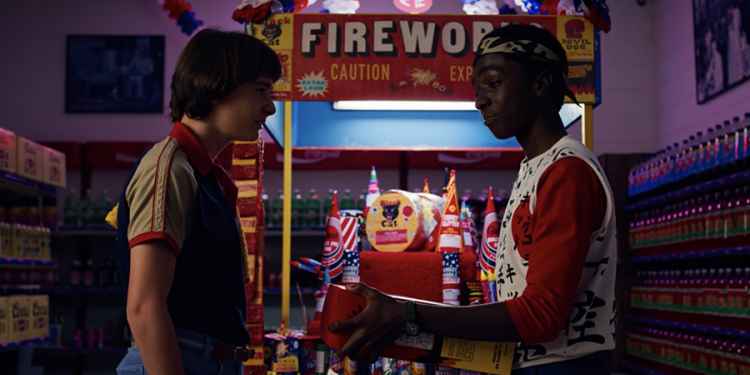 1. What movie do Dustin, Erica, Steve and Robin barge into at the mall?

2. Which Sesame Street character can be seen behind the gang in one of the retailers in the mall's food court?

3. Which member of the gang is bitten by the Mind Flayer's monster?


4. Where are the gang when the Mind Flayer's monster attacks them?

5. Which member of the gang severs the monsters tentacle with an axe during the attack?

6. Whose parents watch the 4th July fireworks from the top of the ferris wheel at the fair?

7. What is the name of the fair taking place in the town?

8. Which 80s television character is seen on the box of his own brand of cereal in the grocery store scene?

9. What is the name of the super powerful firework that wows Lucas and Will in the grocery store?

10. Eleven puts on a blindfold and enters a state of sensory deprivation in front of a freezer full of which food?