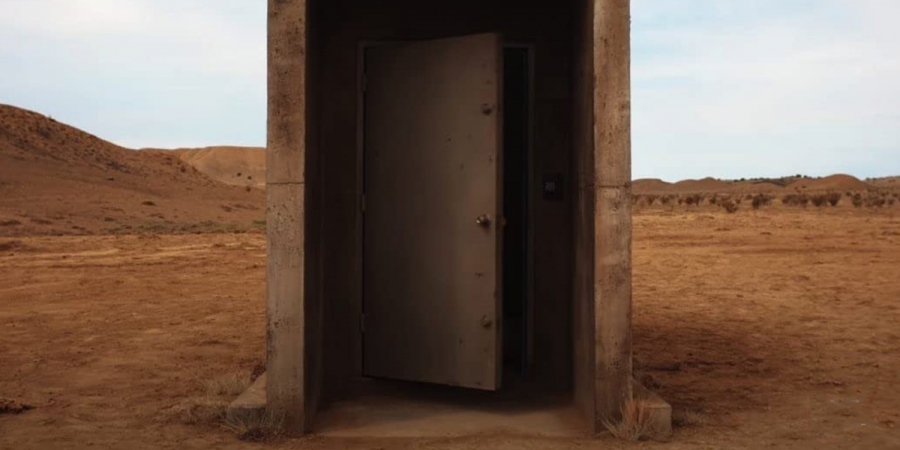 Photo: © Netflix
Have you made it past the halfway point of volume and on to episode five yet? There's nine new episodes to work through, but how much can you remember about the new season's fifth episode, 'The Nina Project' Test your knowledge with this tricky Stranger Things season four trivia quiz.
Owens takes Eleven to Nevada, where she's forced to confront her past, while the Hawkins kids comb a crumbling house for clues. Vecna claims another victim.

1. Sam Owen's secret base is housed inside of what?

2. Eddie is spotted going into Reefer Rick's house by who?

3. Sam tells Eleven that she's as famous as which celebrity to the bunker's staff?

4. Max drew a picture of a door with a stained glass window on it, what was the design?

5. What does Argyle suggest writing on the makeshift headstone of the fallen government agent?

6. Where did the agent hide the number they needed to track down Eleven before he died?

7. What tool did Steve use to get the gang into the abandoned Creel House?

8. Dustin has a badge of which iconic 1980s movie on his rucksack?

9. What is the name of the opera the Dr. Brenner mentions to Eleven in the vision of Hawkins Lab?

10. Which song does Will briefly sing when Mike mentions Suzie?

11. Which famous detective does Dustin quote in the Creel House?

12. What did Lucas tell Max he'd missed about her?

13. What did Joyce and Murray use to escape their restraints on Yuri's plane?

14. Which of these sentences did Murray NOT say when talking up his karate skills to Yuri?

15. What do the gang use to track Vecna around the abandoned Creel House?

16. How does Eddie attempt to flee from Jason and Patrick while hiding out at Reefer Rick's house?

18. What was in the jars that Joyce smashed on Yuri's plane?

19. Eleven is tasked with making a ring of lights come on with the power of her mind, but who tired the experiment before her?

20. At the end of the episode Eleven got in the elevator and left the secret bunker.