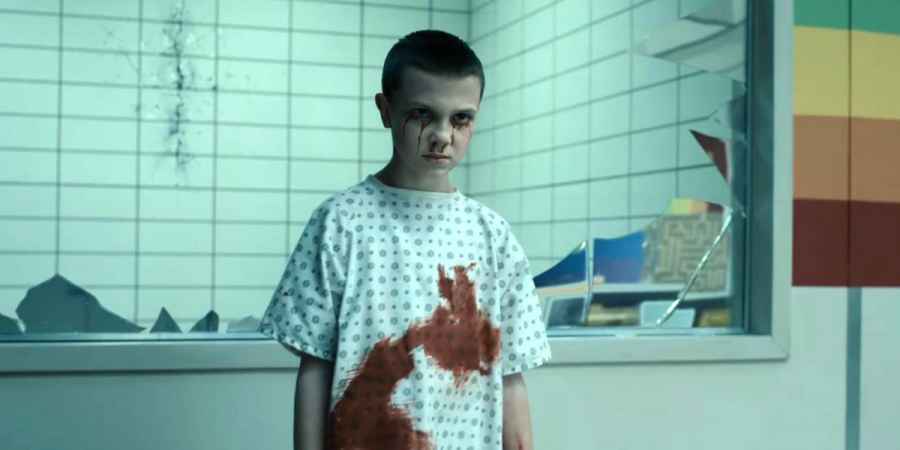 Photo: © Netflix
Have you made it to the end of the first volume of Stranger Things 4 season four yet? There's still two more episodes to come in the second volume, but how much can you remember about the new season's seventh episode, 'The Massacre At Hawkins Lab' Test your knowledge with this tricky Stranger Things season four trivia quiz.
As Hopper braces to battle a monster, Dustin dissects Vecna's motives — and decodes a message from beyond. Eleven finds strength in a distant memory.

1. Which of Dr. Brenner's subject was punished for attacking Eleven?

2. How did Dr. Brenner administer his punishment for the attack?

3. What did Nancy find in the Upside Down version of her bedroom instead of the guns she was looking for?

4. The gang discover that the Upside Down is a snapshot of the day the first gateway opened, but in which year was this?

5. What game does Eleven play with the older test subject when he takes her away from the rainbow room to talk to her?

6. How do the gang stuck in the Upside Down use the lights to communicate with Dustin and Lucas in the real world?

7. What do Dustin, Erica and Lucas later use to allow the gang stuck in the Upside Down to communicate?

8. What did Eleven tell the Hawkins Lab guard to escape the rainbow room?

9. What did Hopper use to defeat the demogorgon in the prison?

10. Eleven's accomplice during the massacre at the lab turns out to have what number tattooed on his wrist?

11. Who does Nancy encounter while trapped by Vecna in the Upside Down?

12. What colour are the counters that Eleven drops into the Plinko game?

13. The true identity of One is later revealed, what is his name?

14. Erica bribes Lucas by threatening to tell Dustin what?

15. What does the Russian prison warden say about Murray when he's posing as Yuri?

16. Which animal did the young Henry brutally kill with his abilities?

17. How do Nancy, Jonathan, Robin and Eddie get from Nancy's house to Eddie's cabin while stuck in the Upside Down?

18. Where did the gateway to the Upside Down open up in Eddie's trailer?

19. What colour piece does Eleven play during her chess game?

20. What are the guards at Hawkins Lab armed with?