List Of 80s References In 'The Bathtub' - Stranger Things, Episode 7 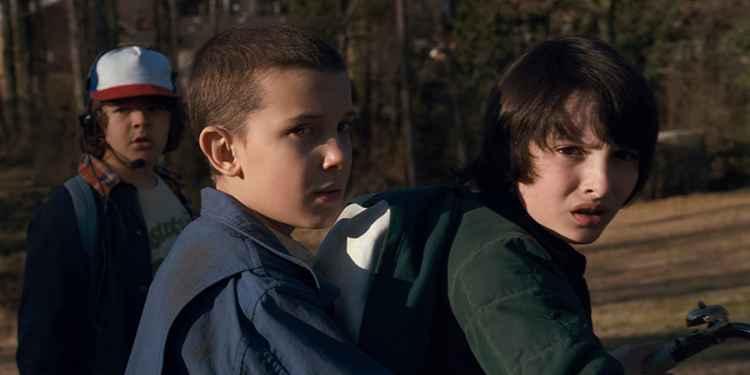 The episode's title, 'The Bathtub', is another of the series' references to Stephen King and the famous bathtub scene in 'The Shining'.
Near the start of the episode Hopper opens the trunk of Jonathan's car and finds multiple weapons inside. The moment is shot to intentionally resemble the recurring trademark trunk shots seen in Quentin Tarantino's movies.
When the agents from Hawkins Lab come to the Wheelers' house, you can see that the dining chairs and floor pattern are the same as those seen in the 1982 movie, 'Poltergeist'.
Later Hopper is giving off Indiana Jones vibes when he burst onto the bus to rescue the kids. The scene is shot in the same style as a Harrison Ford scene in 'The Temple of Doom'.
When Dustin calls school teacher Mr. Clark at home, he and his date are watching John Carpenter's 'The Thing' from 1982.
The episode's plot revolves around a sensory deprivation tank. This mechanic also features heavily in the plot of Drew Barrymore's debut film from1980, 'Altered States'. Millie Bobby Brown who plays Eleven revealed in an interview that her character is in part based on one of Drew's early roles as Gertie in 'E.T.'.

'Fields Of Coral' - Vangelis
Mike, Dustin, Lucas and Eleven are rescued by Hopper and brought to Joyce's house. 'Fields Of Coral' plays as the boys tell Hopper, Joyce, Jonathan and Nancy everything they've learnt about Will's disappearance and the lab. Vangelis makes a reprise as the gang start to fill the sensory deprivation pool with water and salt.
'Should I Stay Or Should I Go' - The Clash
The episode ends with a short burst of Will singing The Clash to himself for comfort as he hides from the demogorgon.