Stranger Things returns to Netflix for 2022 with its fourth season, but split in to two volumes. The first seven episodes dropped at the end of May, with a further two episodes including the season finale dropping in July.
Across the nine new adventures of the gang, including Elven, Mike Wheeler, Dustin Henderson, Will Byers, Max Mayfield, Steve Harrington, continues as they battle a new threat from the Upside Down, a murderous dark entity.
As well as its loveable cast, supernatural plot, and its great mix of adventure, comedy and horror, one thing we all love about the hit series is the selection of music used. The show's soundtrack includes some of the most memorable hits from the 70s and 80s, as well as some slightly more obscure tracks. The music from pervious season can be found below:
Season One
Season Two
Season Three
The new season treats us to 80s favourites from Dead Or Alive, Falco and The Surfaris, which play during the gangs time at Rink-O-Mania in Lerona. Plus other 80s classics, such as Kate Bush's 'Running Up That Hill (A Deal With God)' and The Beach Boys' 'California Dreamin'. 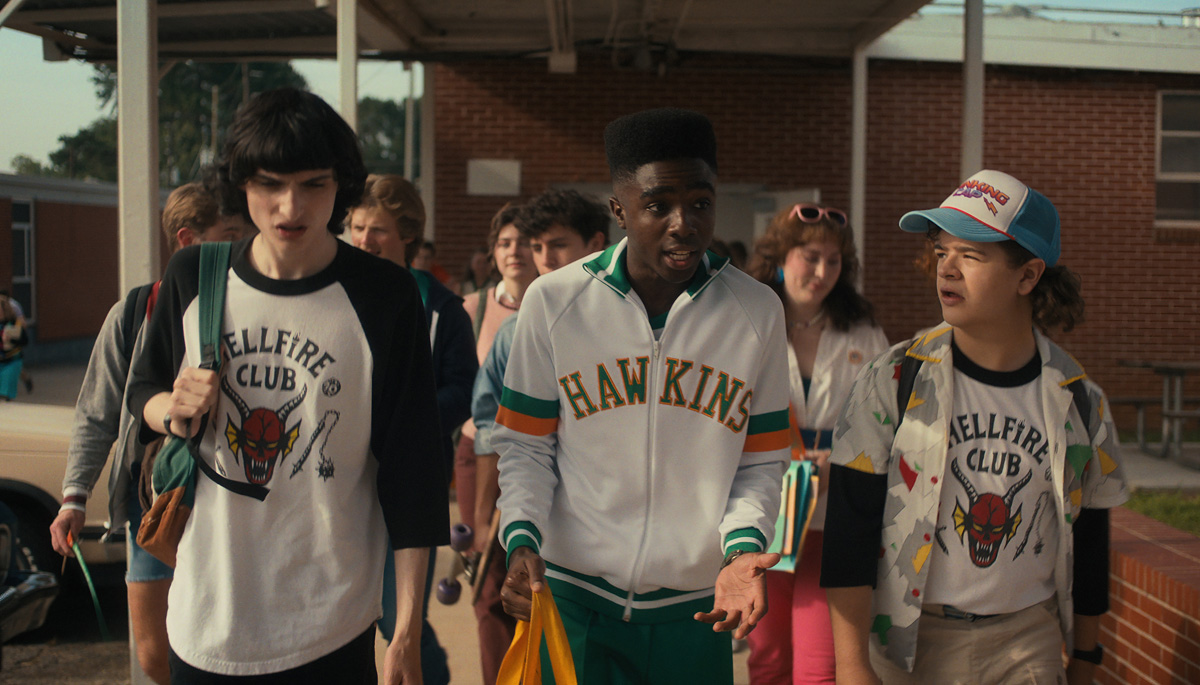 Photo: © Netflix
The Beach Boys - 'California Dreamin'
As we are reacquainted with Eleven and Will and his family in their new human of Lerona, California, this Beach Boys classic from 1986 plays, released in the year the season is set.
Starpoint - 'Object Of My Desire'
Steve and Robin have a new job in season four, they now work together at the Hawkins' home video rental store, Family Videos. This song from the Maryland-based funk band, Starpoint, played in the car during their drive to work.
The Red Army Choir - 'The Red Army Is The Strongest'
As Joyce Byers unwraps the mysterious package she received from Russia, this haunting song plays, which also featured in season three.
Kate Bush - 'Running Up That Hill (A Deal With God)'
After Eleven's humiliating diorama presentation, she flees the school to the sound of this 80s classic from Kate Bush.
The Champs - 'I Was A Teenage Werewolf'
The Hawkins basketball team read a News Week article about the 'the Devil' coming to America, while this appropriate song by The Champs plays.
Absyrd - 'Oh Ya Interlude'
This emotive song plays as Eddie talks about passing his finals and handing the reigns of the Hellfire Club to Mike and Dustin in the school canteen.
Extreme - 'Play With Me'
A montage of Mike and Dustin trying to recruit new members to the Hellfire Club is soundtracked by this 1989 song from Extreme.
X-Ray Dog - 'Steve's Rocking Star Spangled Banner'
Tammy sings the national anthem ahead of the Hawkins basketball game, her awful rendition blends into a rocky version composed by X-Ray Dog.
Kiss - 'Detroit Rock City'
This fiery song plays as the Hellfire Club battle Vecna to the death in their D&D game, while the Hawkins Tigers battle it out on the basketball court. 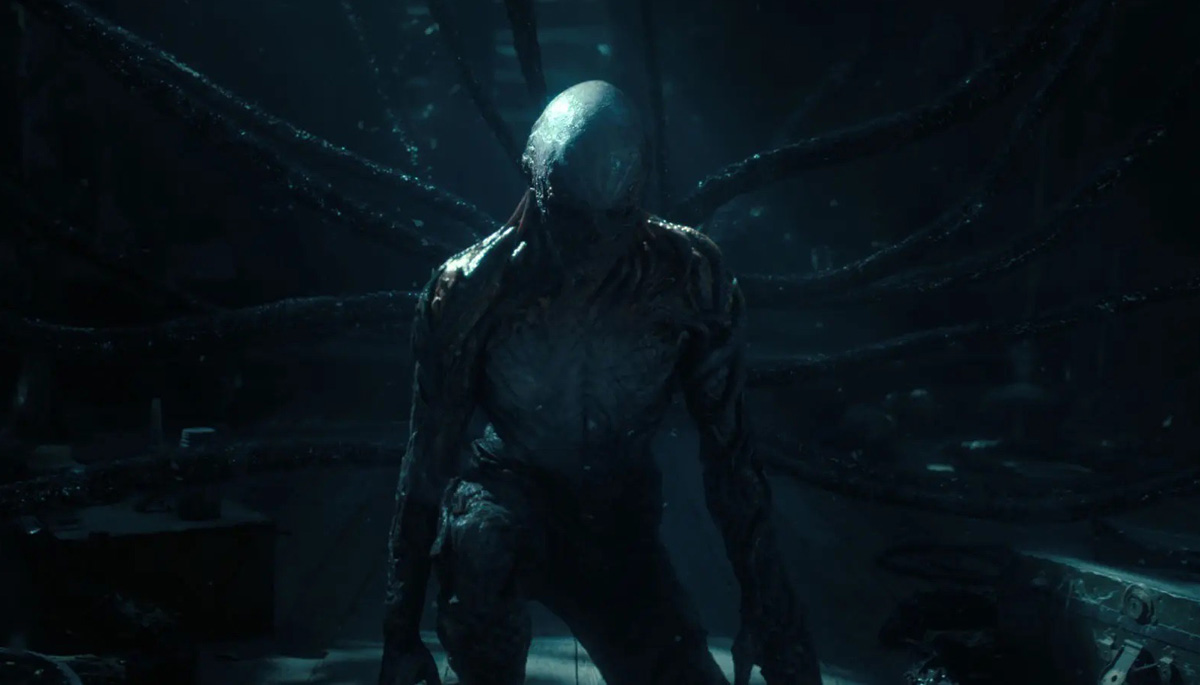 Photo: © Netflix
The Surf Riders - 'Surf Time'
This fitting Californian-theme track plays as Eleven, Mike and the gang leave the airport in Lenora.
Dead Or Alive - 'You Spin Me Round (Like A Record)'
The first of many 80s tracks that play during the kids' time at the Rink-O-Mania. This song is playing as they arrive.
Orchestra De La Suisse Romande & Ernest Ansermet - Concerto En Si Bémol Mineur Pour Orgue Et Concertos Pour Orgue Et Orchestre
This romantic classic piece can be heard as Mike and Eleven take to the rink for the first time for a skate session at Rink-O-Mania.
Falco - 'Rock Me Amadeus'
As Angela and her gang of bullies arrive at Rink-O-Mania, this cheesy rock anthem is heard.
Baltimora - 'Tarzan Boy'
Later at Rink-O-Mania while Mike, Eleven and Will are drinking milkshake, this of-its-time 80s track plays as Angela approaches them.
The Surfaris - 'Wipe Out'
The song that soundtracks Eleven's humiliation, when Angela places her in the middle of the Rink-O-Mania rink.
Bolshoï National Theatre - Isolanta, Op.69: Scene 5: Ibn-Hakia's Monologue
When the Russians feel Hopper can take no more and decide to send him to Kamchatka, this harsh Russian piece of classical music plays.
Talking Heads - Psycho Killer
This aptly titled song by the Talking Heads plays when the basketball team get riled up to avenge Chrissy's death and track down Eddie.

Chapter 3 - 'The Monster & The Superhero' 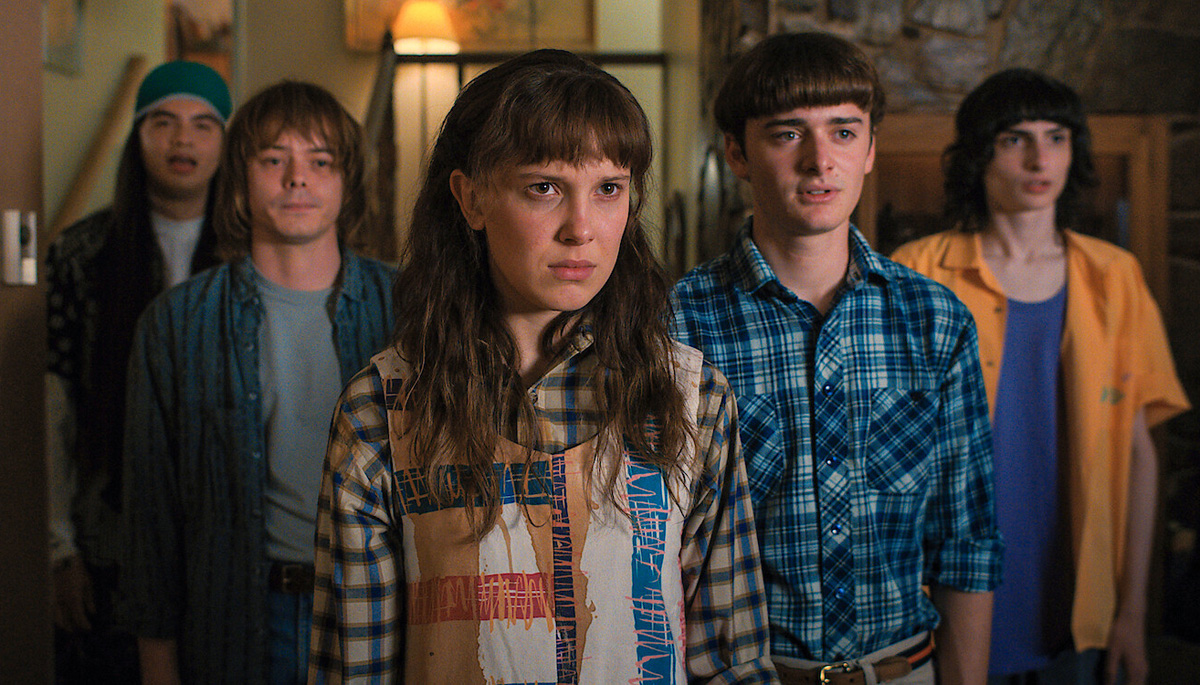 Photo: © Netflix
Episode three is a little lacking in music, other than Kyle Dixon and Michael Stein's original score and a song being performed during the interrupted rehearsal by Eddie Munson's band, there's only one other piece of music.
Nadine Sierra - 'Rigoletto, Act III: V'ho Ingannato'
This piece of classical music is heard when Will and Jonathan get home with Eleven, Mike and Argyle to find Murray Bauman is there with Joyce, and he's cooked dinner. 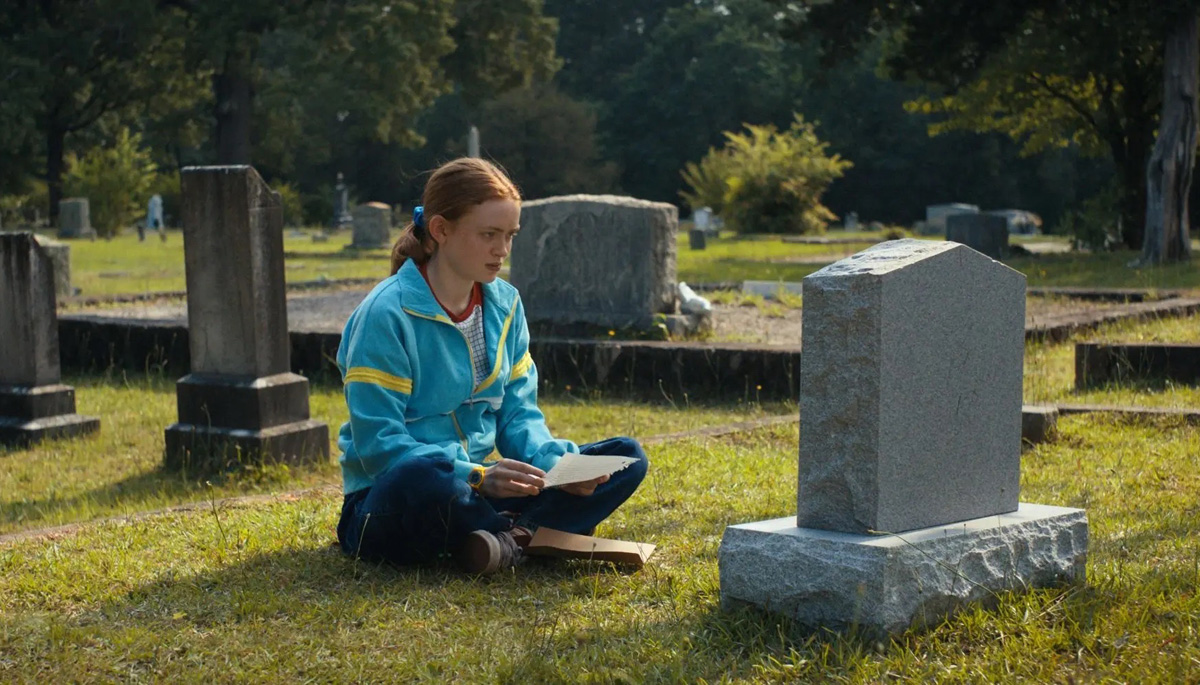 Photo: © Netflix
The Red Army Choir - 'Moscow Defender's Song'
This Russian marching song plays as Hopper walks through the Russian prison with other prisoners and his insider.
Hipbone Slim - 'Legless'
We get a snatch of this song when the government agents phone Surfer Boy Pizzas to order food for Will, Mike and Jonathan. It plays while Argyle gives the agents his sales pitch.
Al Kerbey  - 'Hard Feelings'
Although the song playing in the car ride to Max's trailer sounds old, it's actually a 2017 song by Al Kerbey, but it doesn't sound out of place in Steve's car.
When Nancy and Robin visit Pennhurst Hospital, there are some soothing recorders being played to help clam the patients. A handy list written on the blackboard tells us today's choices are:
Moonlight Serenade
Red Sails In The Sunset
I'll See You In My Dreams
Wrap Your Troubles in Dreams
Musical Youth - 'Pass The Dutchie'
Argyle is nodding away to this song as he drives the Surfer Boy Pizzas van to Will and Jonathan's house.
Ella Fitzgerald & Louis Armstrong - 'Dream A Little Dream Of Me'
The song plays through the old radio in the Creel dining room and in Victor's flashback. As things get darker, the song echos through Victor's memories and retelling of the events.
Kate Bush - 'Running Up That Hill (A Deal With God)'
Max's favourite song that Dustin played for her on his walkman to save her from Vecna. 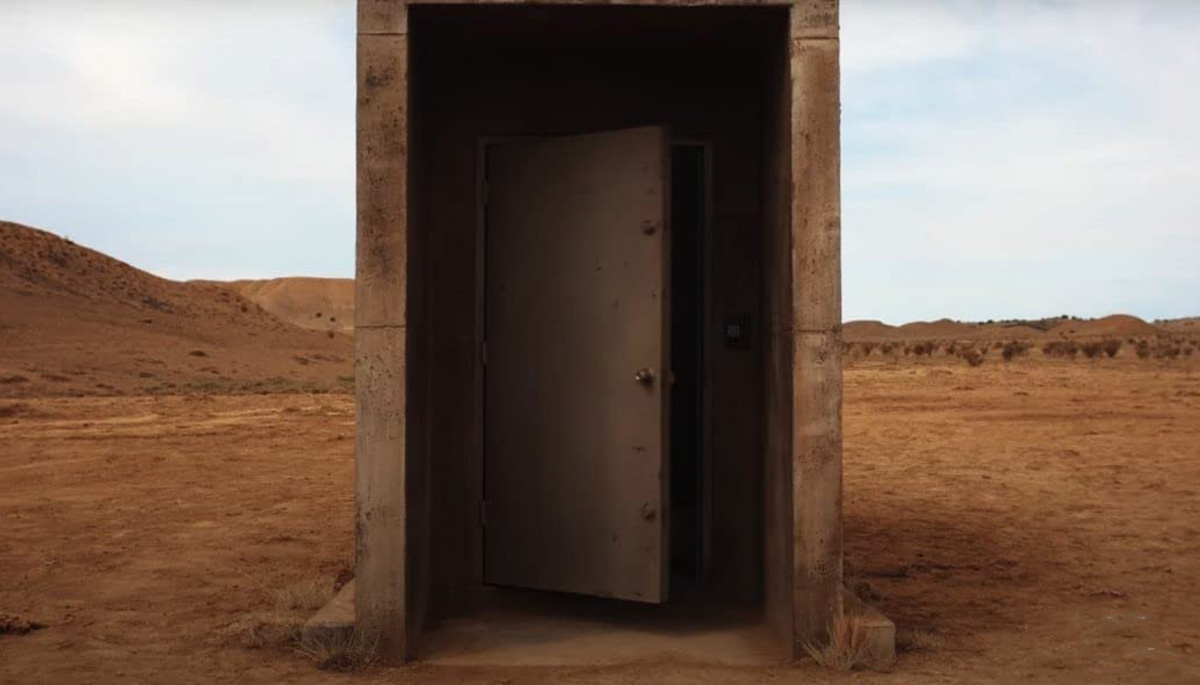 Photo: © Netflix
Rick Nelson - 'Travelin' Man'
"Hold tight," Yuri says as he takes off in his dodgy plane to the sounds to Rick Nelson's 'Travelin' Man', with its fitting lyric about Alaska.
Kate Bush - 'Running Up That Hill (A Deal With God)'
We get a quick little blast of Kate Bush again, as Max listens to what we now know is her favourite song on a walkman. This song plays a few more time during the episode while Max is at risk.
Cecilla Bartoli & György Fischer - 'Il Mio Ben Quando Verrà'
When Eleven finds herself trapped in a vision of Hawkins Lab in 1979, this operatic song plays as Dr. Brenner speaks to Eleven and mentioned the opera it came from, Nina.
Limahl - 'Never Ending Story'
We don't get to fully relive that legendary 'Never Ending Story' between Suzie and "Dusty Buns" from season three, but Will briefly sings the song in reference to the moment when Mike mentions she's the best hacker he knows. 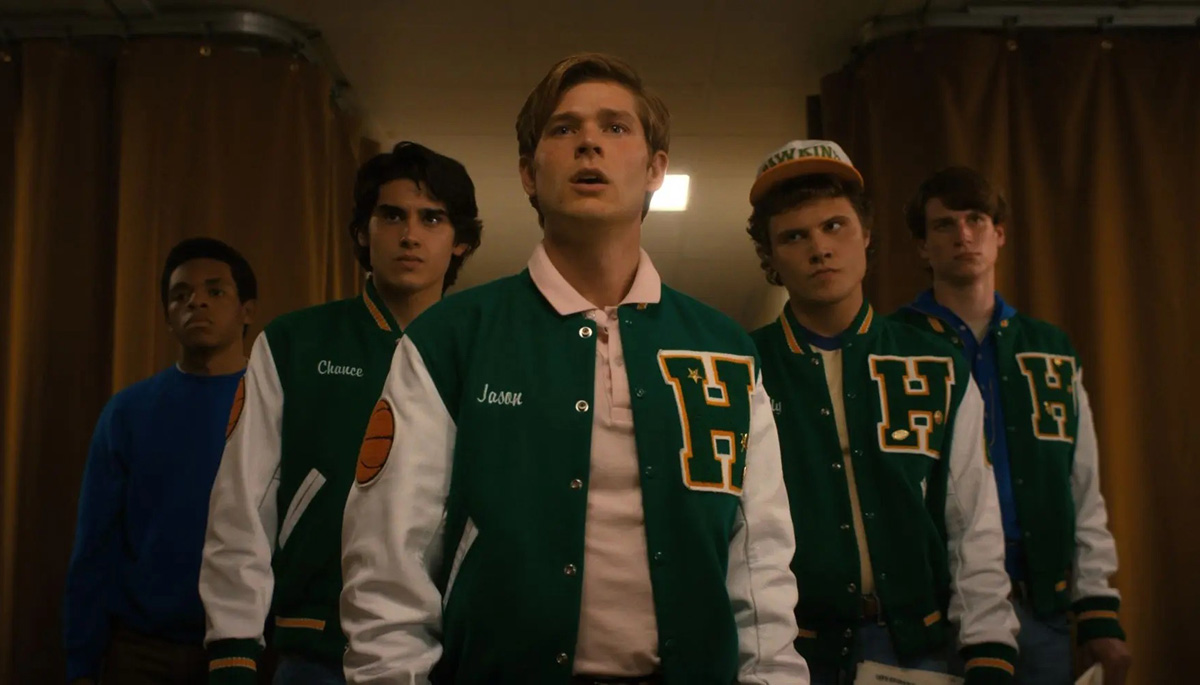 Photo: © Netflix
Audrey Chistiakov & The Russian State Orchestra - 'The Snow Maiden: Chorus Of The People'
This Russian opera song plays when Hopper and his fellow prisoners are lead into a room in the prison where an unexpected feast is laid out for them.
Survive - 'Cutthroat'
After Eleven beats her opponent, Two, during the challenge in the vision of Hawkins Lab, this 2016 song played and continued as we see Hopper and Joyce advancing over a snowy Russian landscape.
Musical Youth - 'Pass The Dutchie'
'Pass The Dutchie' makes a fitting reprise when Mike, Jonathan and Will get back to the Surfer Boys Pizza van to find Argyle in the back with Eden.

Chapter 7 - 'The Massacre At Hawkins Lab' 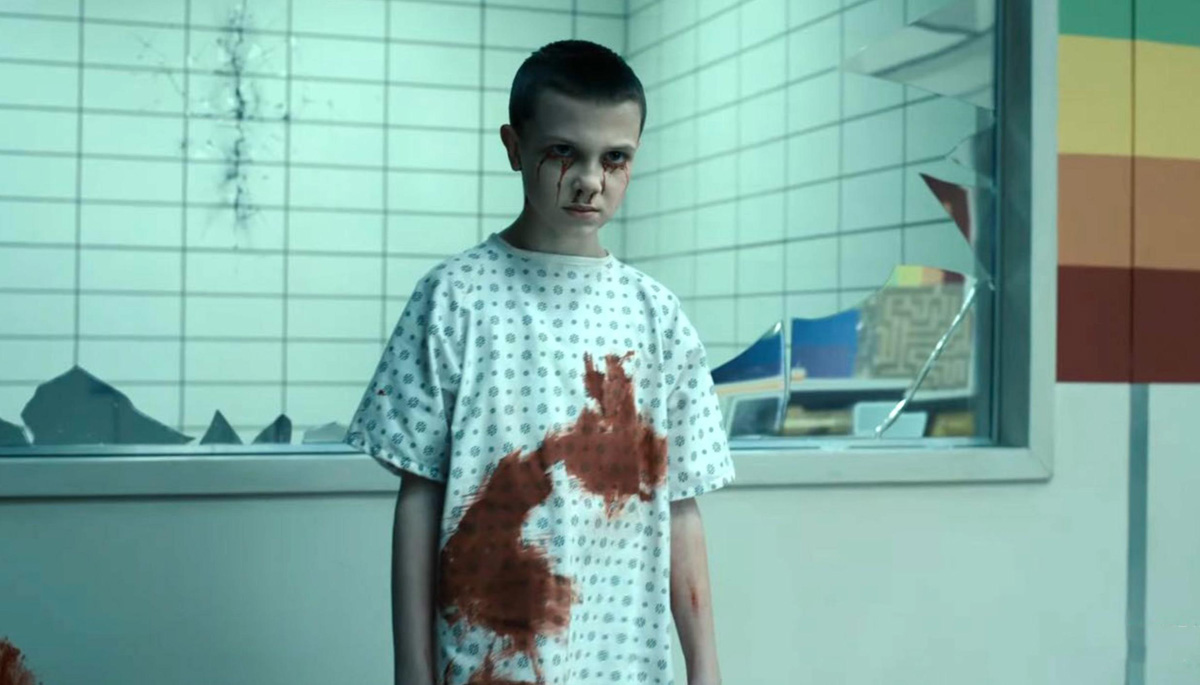 Photo: © Netflix
Other than another quick burst of Kate Bush's 'Running Up That Hill (A Deal With God)'on Max's walkman and a reprise of Ella Fitzgerald & Louis Armstrong's 'Dream A Little Dream Of Me', there's not much time for retro chart hits. As the drama increases and the mood shifts in the final episode of volume one of the season, the soundtrack consists mostly of music from Kyle Dixon and Michael Stein's original score. 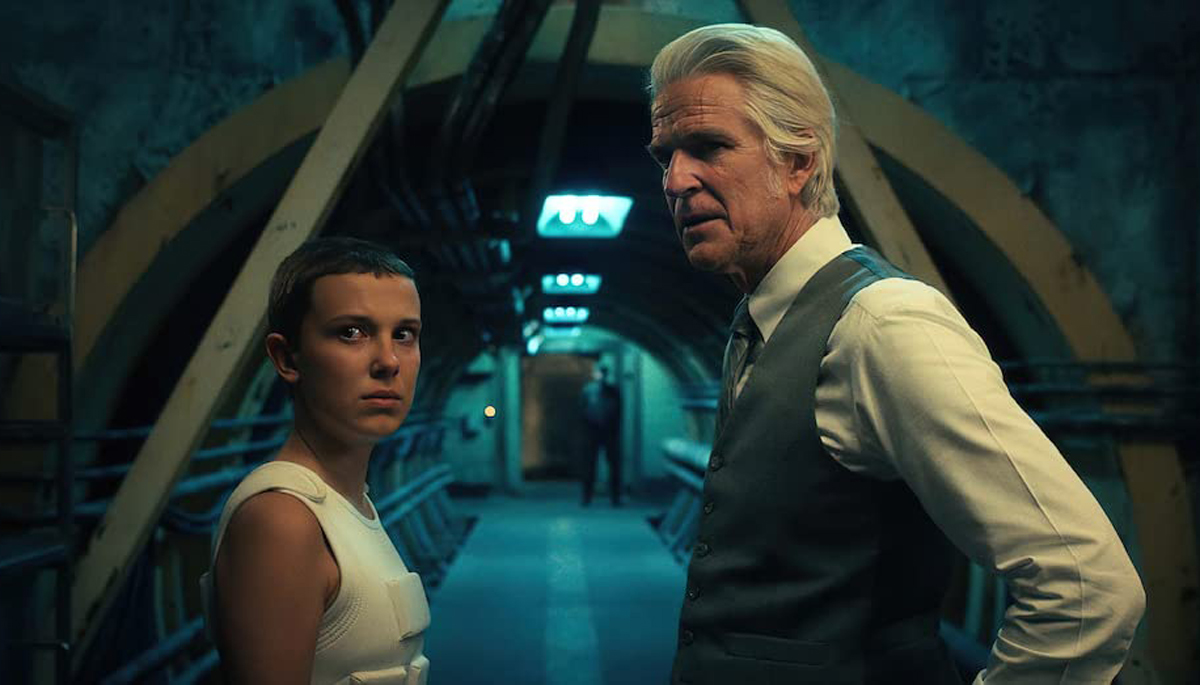 Photo: © Netflix
Lone Ranger - 'Natty Dread On The Go'
As Jonathan drives the Surfer Boy Pizza van through Nevada in search of Nina, this song by the Jamaican reggae artist, Lone Ranger, plays on the stereo.
Creedence Clearwater Revival - 'Up Around The Bend'
This rock track plays when Steve steal the motorhome, with a little help from Eddie and his hot-wiring skills.
James Taylor - 'Fire And Rain'
As the gang make their escape in the motorhome, 'Fire And Rain' by American Grammy Award winning singer-songwriter James Taylor plays on the stereo.
Journey - 'Separate Ways'
This rousing song plays at the end of episode eight as the motorhome rocks up in Hawkins in preparation for the final showdown with Vecna. 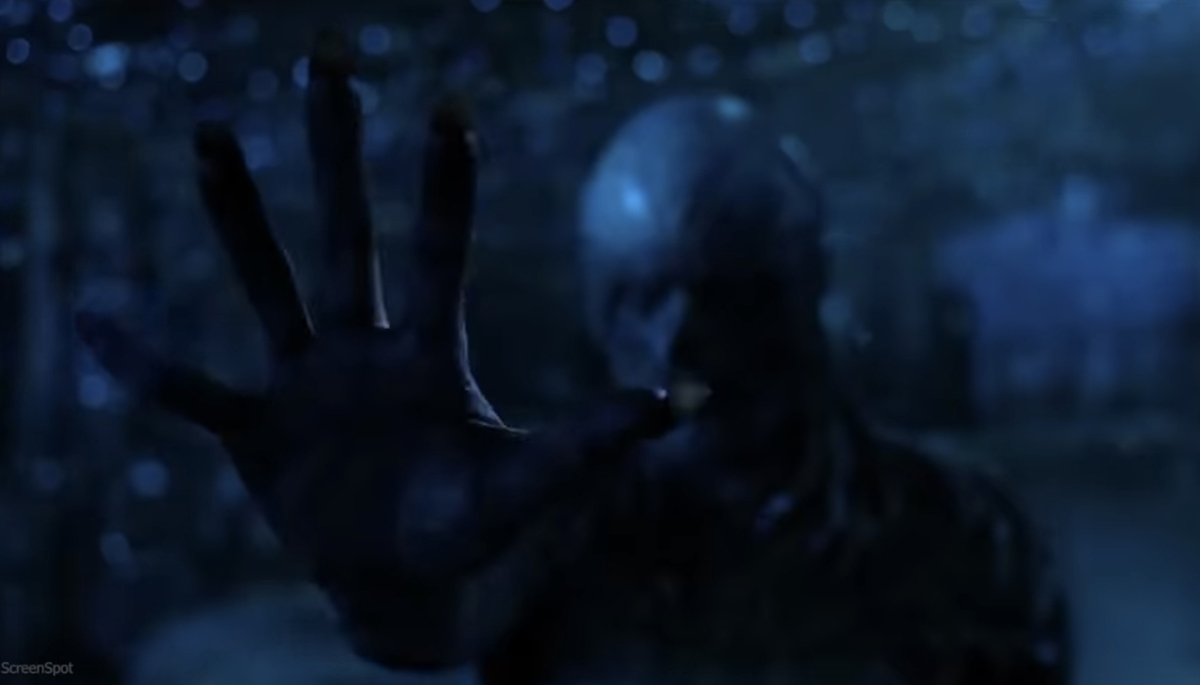 Photo: © Netflix
We get another blast of Kate Bush as Max walks through the Creel House.
The Nuchez's - 'B.G.'s One Eye'
When Argyle takes the gang to the Surfer Boy Pizza store in Nevada, this fitting song plays.
Limahl - 'Never Ending Story'
The Police - 'Every Breath You Take'
Ella Fitzgerald & Louis Armstrong - 'Dream A Little Dream Of Me'
These three songs, which have featured in earlier episodes of 'Stranger Things' re-emerge in Max's memory sequence that Eleven is remote viewing.
Metallica - 'Master Of Puppets'
Eddie rocks out to this 1986 heavy metal track with Dustin to create a distraction and draw in the demobats.
Kate Bush - 'Running Up That Hill (A Deal With God)'
The series wouldn't be complete without another blast of 'Running Up That Hill'. The haunting lyrics can be heard during the season's climatic showdown.
Siouxsie & The Banshees - 'Spellbound'
The season comes to an end, but clearly this is just the beginning of the end. As the credit's roll Siouxsie & The Banshees' 1981 hit 'Spellbound' plays. 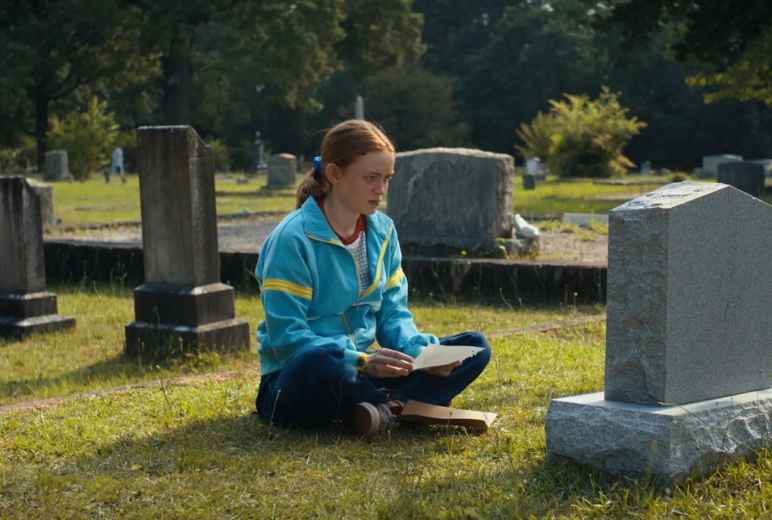