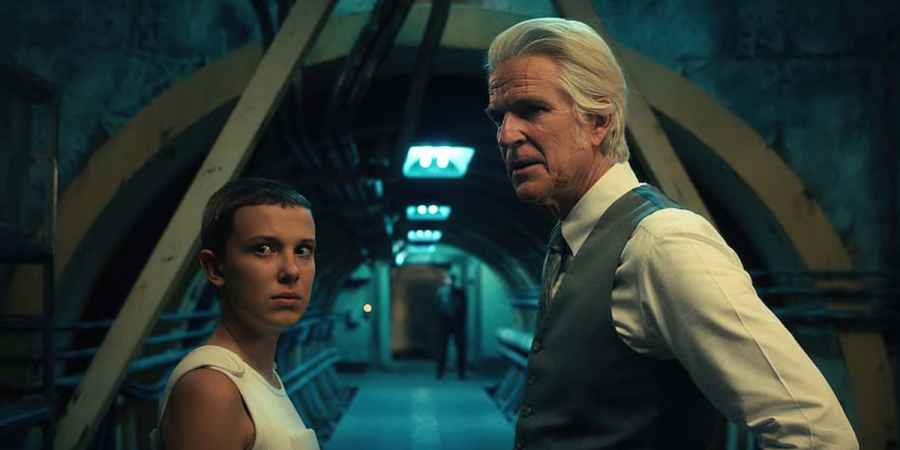 Photo: © Netflix
Have you started the second volume of Stranger Things 4 season four yet? The story resumes in episode eight resumes, but how much can you remember about the new episode, 'Papa?' Test your knowledge with this tricky Stranger Things season four trivia quiz.
Nancy has sobering visions, and El passes an important test. Back in Hawkins, the gang gathers supplies and prepares for battle.

1. When talking about teaming up with Murray, which detective show does Joyce reference?

2. What does Argyle spot a billboard for on the way into Nevada?

3. What colour were the dragons in Will's painting?

4. What does Papa use to demonstrate Vecna's pressure on the barrier between the Upside Down and Hawkins?

5. How many kills does Vecna need to make before he become all-powerful?

6. How did Hopper, Joyce and their gang escape the Russian prison?

7. What is the name of the gun store that Steve, Nancy and the gang go to for supplies?

8. What is the name Yuri's has given to his helicopter?

9. Eddie screams "this is music" while holding a cassette by which band in his hand?

10. Which of these did Yuri NOT ask for in exchange for getting Joyce, Hopper and Murray out of Russia?

11. When stealing the motorhome, what mask does Eddie wear as a disguise?

12. Steve tells Nancy he's always dreamt of having a big family, but how many kids does he say he wants?

13. What weapon does Nancy make before heading into the Upside Down?

14. What did Steve buy several cans of in the gun store?

15. Which member of the gang finds the military tyre tracks leading towards the Nina bunker?

16. Towards the end of the episode, Lucas and his sister Erica are seen making what?

17. Which member of the gang ran into their crush in the gun store?

18. What is the name of the colonel who storms the bunker with his men in search of Eleven?

19. Who tries to talk the colonel out of giving authorisation to take the shot and kill Eleven?

20. As the Hawkins gang prepare to enter the Upside Down in search of Vecna a song by Journey plays, what is it called?