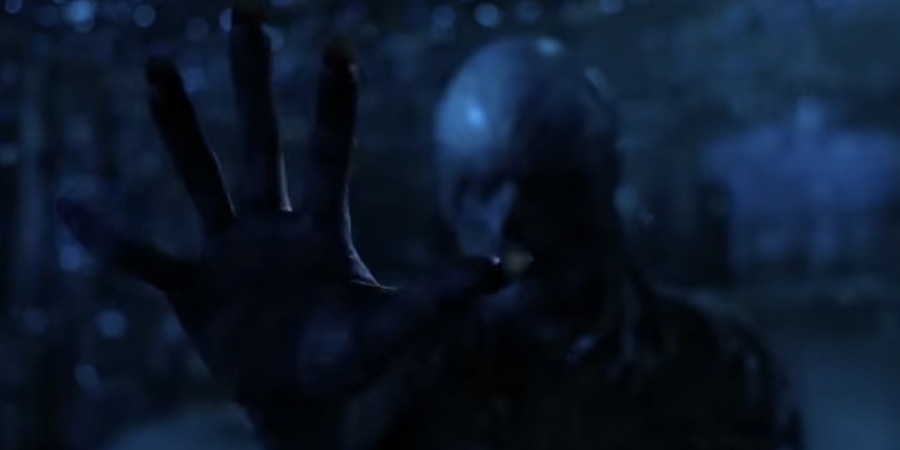 Photo: © Netflix
Have you made it to the end of season four of Stranger Things 4 yet? If so, how much can you remember about the new season's final episode, 'Piggyback' Test your knowledge with this tricky Stranger Things season four trivia quiz.
With selfless hearts and a clash of metal, heroes fight from every corner of the battlefield to save Hawkins — and the world itself.

1. What did Argyle need from Surfer Boy Pizza?

2. Where does Lucas suggest taking Max on a date once it is all over?

3. What do the gang use to make a floatation tank for Eleven?

4. What was Eddie's final line of defence against the demobats?

5. What did Mike make a blindfold out of for Eleven before she went in the tank?

6. What does Argyle tell Mike and Eleven that they should try on a pizza "before you deny?"

7. Which Metallica song does Eddie rock out to in order to create a distraction and draw in the demobats?

8. When Max is trapped in her memories of the Snow Ball several balloons burst, but what is inside?

9. What was Murray's role in Hopper's plan to capture the demogorgons in the Russian prison?

10. What colour are the lights that Lucas and Max take into the Creel house?

11. What does Hopper use to kill the remaining demogorgon in the Russian prison?

12. What does Yuri call Murray when he gets angry with him interfering with his helicopter?

13. Joyce finds a t-shirt in Yuri's store to change into, but who is on the front?

14. What had Hopper been dreaming about while in the Russian prison?

15. Which of these is NOT one of the locations of the four gates that Vecna opened up?

16. What gave Eleven the idea of piggybacking in Max's mind to get to Vecna?

17. How did Hopper, Joyce and Murray break back into the prison?

18. What do the gang use to climb through the gateway in the roof of Eddie's trailer?

19. What did the local news report give as the cause of the devastation caused in Hawkins by Vecna?

20. What colour was the flower the Eleven picked at the end of the episode before it went black?